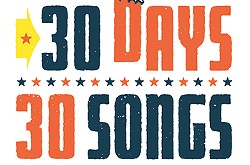 MUSIC | At this point, you don't need any more reasons not to vote for Donald Trump. But in the event that you were waiting for your vote to be swayed by popular indie rock artists, 30 DAYS, 30 SONGS (30days30songs.com) is here for you. The project, curated by author Dave Eggers, features an original and new anti-Trump song every day, expanding to include 40 songs to debut before Election Day. It began with a so-so cut from Death Cab for Cutie, but has since delivered gems from Aimee Mann, R.E.M., Moby, Jim James of My Morning Jacket and Franz Ferdinand.

TV | The new Viceland cable channel — from the makers of Vice magazine and its documentary projects — has produced a mishmash of high and low culture with varying degrees of success in its first few months on the air. But the bite-sized morsels of hilarity that come together to make PARTY LEGENDS are genius. In each episode, rock stars, comics, actors and others recount times they partied hard, and their stories are turned into weird little cartoons. Eric Andre talked about taking way too much MDMA at a comedy festival and having to run out of the place before his eyes exploded. Margaret Cho drank too much and kissed the late Anna Nicole Smith. And, appropriately, Andrew W.K. explained what to provide for the perfect party. 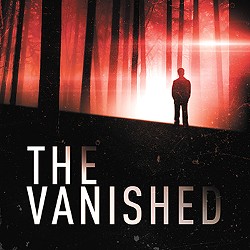 PODCAST | I came across a podcast called VANISHED (thevanishedpodcast.com) when the series aired a piece about Deanne Hastings, a Spokane woman who disappeared a year ago next week. Hastings, if you recall, went to her first day of beauty school, then said she was going to the store, but apparently ended up at a downtown nightclub before resurfacing the next day at a grocery store, acting strangely and was never seen again. That episode featured Hastings' brother unveiling more about the case, including the man charged with stealing her credit cards but cleared in her death. Hosted and produced by a Pennsylvania paralegal named Marissa Jones, the podcast doesn't feature a ton of original reporting, but does shed light on bizarre missing-person cases from around the country. ♦