Revealing a different side of Afghanistan through five years of photos 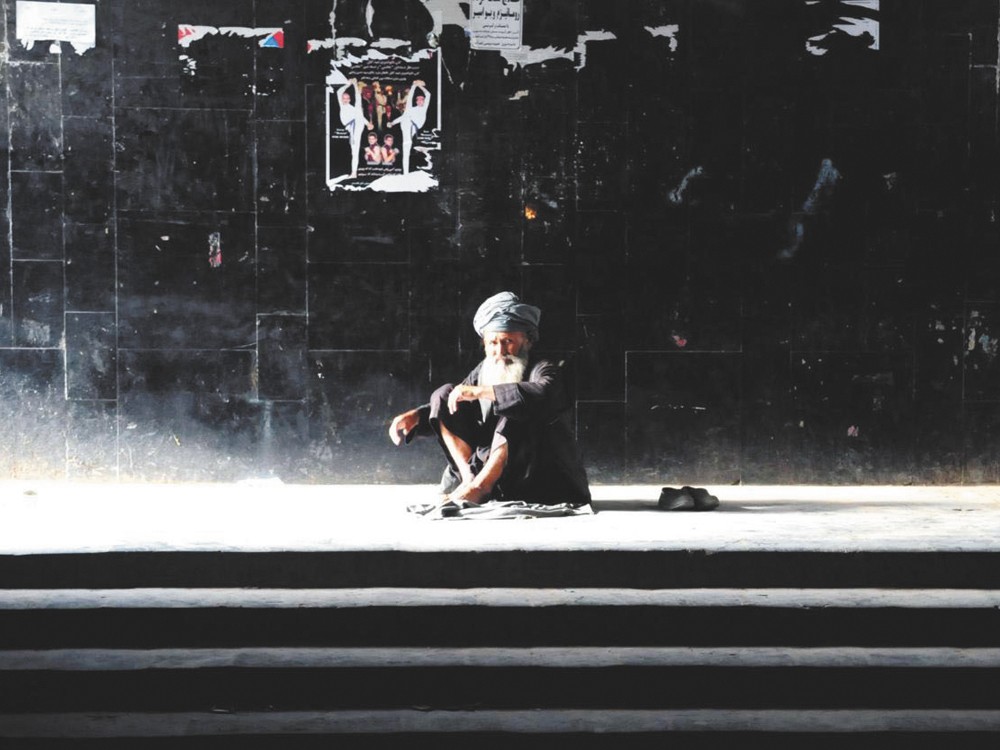 Casey Johnson is back in Spokane — his hometown — but as he hangs photos from the past seven years of his life, it’s clear that part of his mind is still back in Afghanistan.

Applying adhesive to the final prints for his show at RiverPark Square’s Kress Gallery, Johnson, 33, talks about his time in Afghanistan — first as a student trekking across the landscape, and then as a professional researcher and State Department employee — with the ease and casualness which one might recount a weekend ski trip. It’s all matter of fact; no big deal.

Johnson, who graduated from Lewis and Clark High School before heading off to Seattle University — then pursued graduate degrees in journalism and international law in India and Tufts University, respectively — sees himself as a writer, not a photographer. He didn’t go to Afghanistan to create a photo exhibit. He stresses this fact repeatedly. Rather, he just took some pictures of the people and places he saw along the way.

“I like being able to take photographs without being a photographer,” says Johnson, affixing the most recently shot images — tile-like arrangements of Polaroid portraits — to the wall.

The show is displayed chronologically across the gallery, beginning with a gorgeous panoramic shot of Band-e Amir National Park, which Johnson stumbled upon in 2005 while touring the country for a travel magazine. The images pick up two years later when Johnson returned to work as a researcher for The Liaison Office, a development and peace-building organization trying to reconstruct the embattled country. The pictures from this time also feature the people of Afghanistan, many of whom loved letting Johnson photograph them.

The fact that the United States has been engaged in a war in this country for more than a decade is not the focus of this exhibit, but it’s also not ignored.

“I was wary about including photos of the war. What I’m trying to do here is not not show pictures of the war because that’s what’s happening in certain parts of the country,” says Johnson. “I’m not going to leave it out, though, because for years, a third of the images have to do with the war and two-thirds were everyday things you see.”

Johnson saw more of the war’s impact when he took a job as a State Department field worker. He lived on an army base in Kandahar and shared an office with a high-level colonel. Wherever he went, he was almost always accompanied by armed troops.

Again, Johnson wasn’t working as a photographer, but he nevertheless captured amazing moments and insightful images — like an eerie shot of an American soldier wading through a creek — that bring an increasingly ignored conflict to our attention.

Where the exhibit shines most brightly, and the area in which Johnson seems to take the most pride, is in the portraits of the people he met. There was little hostility directed his way when he was living in Kabul and mixing among the locals, and the smiling faces and close access he documents is proof of this.

“News [about Afghanistan] that makes it back here these days, especially about the war, is all casualties, violence or stories of corruption. Obviously, these are all negative,” says Johnson. “It was nice to shoot average street life and something that wasn’t negative.”