Torrey Vail photo
Marco Gonzales back in his college days.

Marco Gonzales has played baseball with a chip on his shoulder for as long as he remembers. As an undersized pitcher who's never thrown exceptionally hard, he's viewed himself as an underdog with something to prove at each level, from prep school to becoming an All-American for Gonzaga University.

Nothing has changed about his attitude. It's just that now, at 26 years old, he's carving up Major League Baseball lineups as a starting pitcher for the Seattle Mariners.

"I think it's all about mentality," he says of his recent success. "It's just staying focused in those tough situations, trying to remain in the moment. Earlier in my career, and especially last year, I'd get some traffic on the basepaths and I'd try to amp up and, you know, kind of muscle through it. Now I'm trying to remain calm and make my pitch."

Gonzales has been a surprisingly steady presence all season, bolstering a starting rotation that has been largely responsible for keeping the Mariners' playoff hopes alive.

But his tenure with Seattle didn't start smoothly. Just a little over a year ago, he was one half of an unpopular trade that sent burly, power-hitting minor league outfielder Tyler O'Neill to the St. Louis Cardinals, and his subsequent struggles did little to endear him to the fanbase.

Speaking with the Inlander by phone from Safeco Field, Gonzales reflects on his path to the majors and how he seems to be sticking in Seattle's starting rotation.

"I'll continue to do everything I can to stay here," he says. "Obviously, there are some things I can't control, but hopefully I do play here long term."

Gonzales was recruited by Gonzaga out of Rocky Mountain High School in Fort Collins, Colorado. He was a two-way star for the Bulldogs, impressing MLB scouts as both a hitter and a pitcher. During his time in Spokane, he also met his future wife, Monica. While they were dating, they dreamed he'd get drafted by the Mariners and stay in the Northwest.

"She's originally from Seattle, so we always thought that would work out pretty well," he recalls, "but once I got drafted by the Cardinals we kind of gave up on that idea." 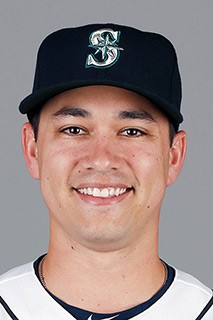 St. Louis selected Gonzales with the 19th pick of the 2013 MLB amateur draft and fast-tracked him to the majors, calling him up late in the 2014 season and using him out of the bullpen in the playoffs. He was 22 years old.

"In retrospect, I think it all happened really quick — maybe too quick," he says. "You try to handle the moment and compete and stay at that level. I had to hit the ground running and learn some things at the big-league level that I maybe should have learned in Triple A [minor leagues]."

That postseason, he picked up two wins against the Chicago Cubs, but then he coughed up three runs in a loss to the San Francisco Giants as the Cardinals were eliminated.

Things got worse before they got better: Gonzales felt a pinching sensation in his elbow during spring training the next year, but pressed forward with an ill-fated rehab attempt. He pitched fewer than three innings in the majors in 2015. In April 2016, he underwent Tommy John surgery, the increasingly common procedure to repair the ulnar collateral ligament (UCL). Sidelined for the entire season, he confronted the reality that he might never pitch in the majors again.

"That's always the fear with surgery, that you might not make it back to where you were, or even get close," he says. "But I had a lot of friends that had gone through [Tommy John], a lot of teammates who had advice on what kind of mentality to have through the process."

The off time allowed Gonzales to reset himself, but he wasn't in peak form when he returned to the majors in June 2017.

"I don't think I was delicate or anything, but mentally, being able to compete at that level takes some time," he says. "That takes some innings under your belt."

He was struggling when he was traded to the Mariners on July 21, and the early returns did not look good for Seattle: In about 40 innings between the two teams, his earned-run-average (ERA) was more than 6.00 (meaning he gave up more than six runs per nine innings pitched).

This season has been an entirely different story. In spring training, Gonzales was throwing all of his pitches at full strength for the first time in years, including a cut fastball he had shelved after getting hurt. He felt like he had a new arm.

"Grip strength was a huge factor in coming back from surgery," he says. "I feel like it's made my curveball better, and certainly taking time off from the cutter and then bringing it back this year, that's been a huge weapon for me."

He earned a spot in the rotation with a strong spring training, and now he leads the Mariners in wins with a 12-5 record as of July 30, and he owns the 10th-best ERA (3.37) in the American League.

With a fastball sitting around 92 mph, he's thrived by mixing up his pitches, keeping batters off balance and inducing weak pop-ups, dinky ground balls and swinging strikes. He's gaining more confidence with each start amid Seattle's unlikely playoff race, and Safeco Field feels more like home with each outing.

He's had to adjust his approach, but he says he still plays with that chip on his shoulder: "I feel like I'm a different pitcher, with shades of the old me." ♦