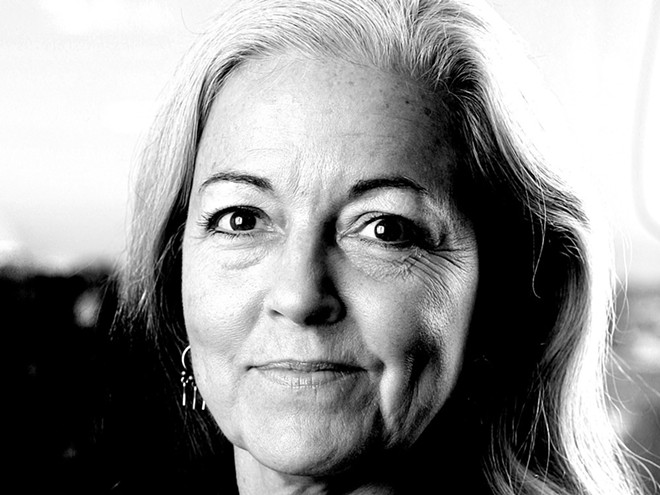 This week we have an in-depth dive into the frustrations of some of the current and former coworkers of mayoral frontrunners Ben Stuckart and Nadine Woodward. It can be tempting to dismiss such concerns as mere trivialities and prefer to focus exclusively on the candidates' resumes and policy positions.

Yet how well a mayor manages a city chock full of sometimes contentious employees is one of the most crucial factors in whether a mayor actually turns his or her preferred policies into action.

Are the frontrunners to become Spokane mayor jerks?

Remember, the city has 40 times more employees than the 50 employees Stuckart managed at TicketsWest and 200 times more than Woodward’s family manages at their Memories By Design video production company. And mishandling the concerns of just one or two can spark the biggest scandal of mayor's administration.

So to get a sense for the importance of a mayor's relationships with her employees, we called up former Mayor Mary Verner, who had the luck to land in the mayoral seat in 2007, right as the entire company started to collapse. That meant that the city had to undertake serious budget cuts, causing inevitable conflicts with unions.

And Verner says it's not just a matter or being strong-willed enough to push things through.

"It’s one thing to be strong-willed," Verner says. "And it’s another to be strong. That office requires a tremendous amount of strength. It requires strength without dominance."

Verner says that each mayor "will find their own path" and might handle issues differently, but that she found building trust and rapport with her staff one of the biggest keys to her success.

"Sometimes I reflect on what we accomplished and what was important to me. It was all the result of having cooperation and support from the staff," Verner says. "Had I not gone and visited with the staff with all the pertinent departments, listened to ideas, [our goals] never would have been accomplished."

She tried to get to know all the staff in different departments personally. They got to know her, her quirks, her sense of humor, her leadership style.

"There’s a difference between enthusiastically following a leader and following the orders of a leader," Verner says. "Demanding trust seldom works. Trust is earned, not bestowed."

And here, Verner's rhetoric echoes one of the key planks of Woodward's campaign. Listening, not issuing dictates, was the secret to building trust.

"I found I was most effective when I talked less and listened more, and really paid attention to what different people community wanted from my city government," Verner says. "I brought that listening back to my staff to advise me on what's doable, what’s possible and what’s difficult. And then take all that in and make thoughtful and timely decisions."

Another secret to building trust? If you have a great idea, it's OK to let someone else take credit for it.

"If another person supports your ideas, let them own it. Let them get credit for it," Verner says. "I’m grateful that [Mayor] David Condon continued some of the reforms I put in."

In more recent years, communication has been one of the biggest complaints, from both directions, in the relationship between City Hall and the mayor's office. The council complains they can't get answers from questions from Condon, while the mayor complains the council didn't properly negotiate key policy decisions with his staff.

During her term, however, Verner was proud of being able to navigate a sometimes contentious relationship with the City Council.

"I was fortunate to consider the council to be a partner. We disagreed, sometimes vehemently," Verner says. "The three branches really need to figure out a way to serve the citizens. That takes meeting frequently. Talking things through. Not catching people by surprise."

That last piece was crucial. "No surprises" was one of Verner's most prominent internal directives, she recalls.

"We didn't have to like each other. [Former City Councilman] Bob Apple can’t walk on the same side of the street as me," Verner says. "[But] I was seldom caught by surprise. They would give me a heads up."

Verner had a reputation for forging consensus. Yet there's a downside to that approach as well. 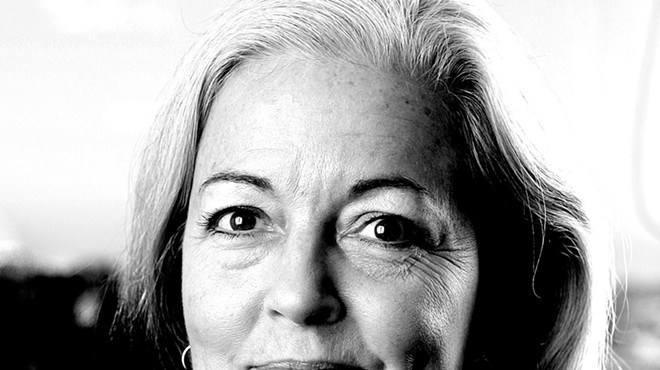 The Invisible Mayor: Savvy consensus-builder or uninspiring bureaucrat: Who is Mary Verner?

As the Inlander wrote about Verner in 2010, "her unassuming nature and desire for consensus — which has allowed her to broker some important compromises, but has also meant that she sometimes appears ineffectual and adrift."

In 2009, Verner's economic development director, Theresa Sanders, resigned because of her frustration with the administration's ability to truly change things, writing that she found "it increasingly difficult to make meaningful, rewarding contributions to the organization."

"I felt like I was Sisyphus," Sanders later told the Inlander.

In fact, personnel issues might have been one reason Verner lost her re-election bid in 2011. Verner was unsuccessful in convincing the police guild to empower the police ombudsman — an issue that continues to dog the city eight years later.

Meanwhile, one of Condon 's campaign promises had to do with firing a controversial employee, assistant city attorney Rocky Treppiedi, who continued to stick with a story regarding told by police officers about Otto Zehm, long after the city knew it to be a lie. And indeed, Condon booted the old city attorney and hired a new one, who promptly fired Treppiedi.

Condon's administration quickly got a reputation for moving fast and making change, even if it irked longtime city employees.

In fact, Sanders went on to become Condon's city administrator, quickly gaining a reputation for being hard-charging and making tough choices. On the other hand, she acknowledged that that steely-eyed approach might have caused her to dismiss some of the concerns raised about former Police Chief Frank Straub.

"He's a difficult guy and he's driving change in the organization, and change is difficult," Sanders told the Inlander in 2015. "Not everybody wants to adapt."

But ultimately, Straub was ousted from the city — not because of the sexual harassment allegation against him, but because he was seen as a bully who lost the trust of his subordinates.

In other words, when it comes to employee relations, you can be the good cop or the bad cop. You can be the full-steam-ahead changemaker or the soft-power consensus builder. But every leadership style comes with its risks that can derail a mayoral administration.