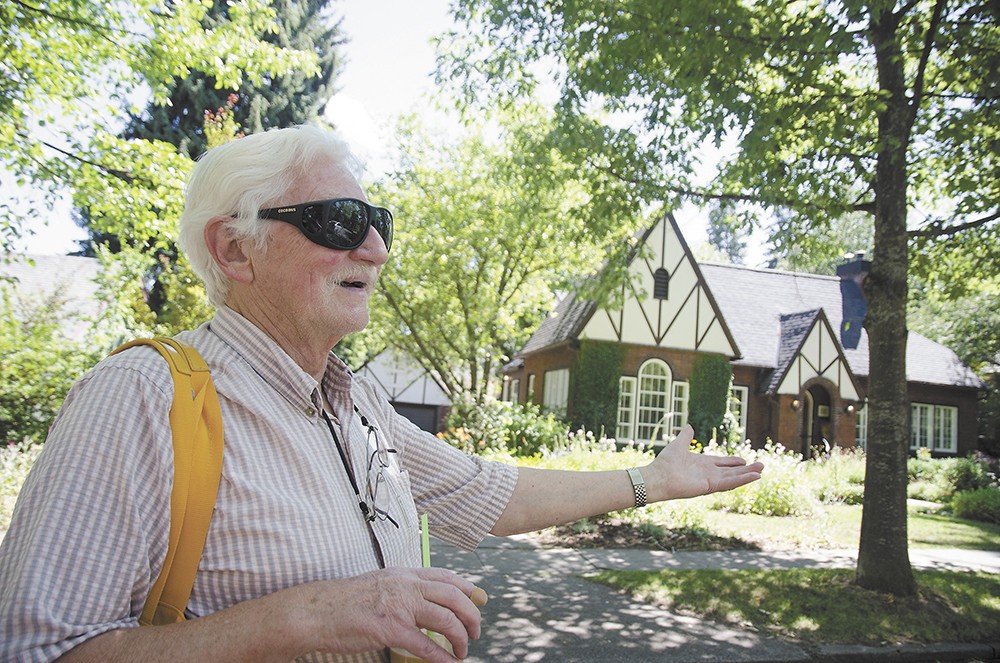 Stepping through the formal parlor of the 130-year-old mansion,

"Beautiful details," he says of the carved panels and towering windows. "Nobody wants to spend money on this type of thing anymore."

William McConnell, the state's first two-term governor, lived in the home just eight years before the financial panic of 1893 bankrupted him. Many other early pioneers, businessmen and officials staked their fortunes on Moscow, erecting dozens of stately homes throughout the district. Silver tycoons and bankers and mill owners filled each block.

Reese, 79, pushes through a screen door and claims a shady seat on the mansion's front porch. His wire-rimmed glasses rest above a Colonel Sanders mustache while a second pair hangs from a cord around his neck. He explains that those wealthy settlers crowded the neighborhood with elaborate manors in the traditional styles of Colonial, Gothic, Eastlake, Queen Anne or Neoclassical.

"We don't have any idea what we're doing anymore," he says. "We're just doing stuff, ugly or not."

After 20 years of teaching urban development at the nearby University of Idaho, his eyes still light up when he talks about the district. He leads numerous tours of the neighborhood each year, highlighting the "most pretentious, most well-designed, most memorable" homes.

"Without being too arrogant about it," Reese says, "I think I'm the best tour guide in Moscow at this point."

He takes a thick set of wraparound sunglasses from his pocket and sits them on top of his first pair of wire glasses.

LOST TO THE PAST

No photo, drawing, map or rendering of the Fort Russell stockade exists. Only a crude boulder with an almost mocking plaque marks the general location of the short-lived 1877 refuge. "Around 40 area homesteaders, frightened by rumors during the Nez Perce war, built a log structure here," the marker states. "After thirty days in the fort, they realized the local Indians were not hostile and returned to their farms." On a recent afternoon, a visitor struggles to find the rock along what is now B Street. An old Subaru hatchback, parked in the way, blocks it from view. 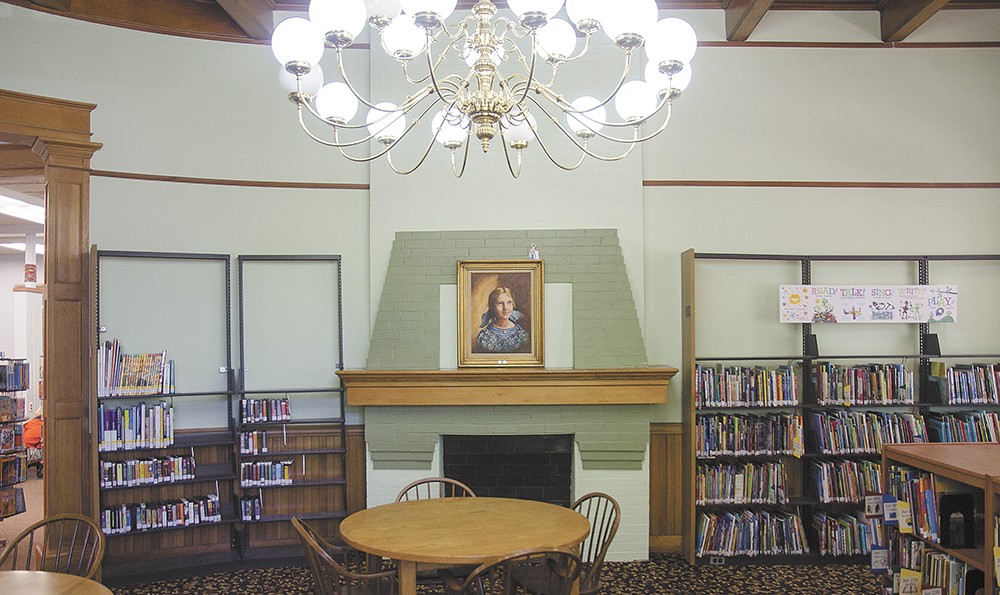 Jacob Jones
Moscow's historic library is a gathering place for all ages.

A PLACE TO LEARN

Two small children lean in around a table for a new story at the 110-year-old Moscow Public Library. Another young boy with a bowl haircut whisks down the hallway wearing a black velvet cape. A man sits at a nearby computer terminal playing solitaire while two teenagers recline quietly, thumbing away at their smartphones.

Julie Otto, the library's youth services manager, says the library helps young people learn about themselves and engage with their community. The library hosts story time for toddlers, reading competitions for grade-schoolers and science nights for older kids.

"It helps kids connect to the real world," she says. "It helps pull them away from the screens."

Standing in the children's section of the Mission-style Carnegie library, Otto says she loves introducing children to new books. Her most recent favorite is The Blobfish Book, about a hideous fish who explores the ocean and learns to be OK with his appearance. She loves running into children from the library around the neighborhood.

"I'm a very, very minor celebrity among the younger crowd," she says.

A painted portrait of renowned author Carol Ryrie Brink hangs above the children's nonfiction section. Brink grew up three blocks away in what is now a bubblegum-pink dollhouse (Reese would call it Queen Anne-style) on Polk Street. Brink wrote 27 books about pioneer life in Idaho, including Caddie Woodlawn and Buffalo Coat.

After losing both her parents by age 8, Brink lived in Moscow with her grandmother, listening to stories about the shocking murder of her grandfather William Watkins, a prominent physician shot to death on a Moscow street in 1901, and the hardships of homesteading the West. She later attended UI, where the English department's building now bears her name.

"I think sometimes that if I had been born into a big, lively, jolly family I might never have become a writer," she told a UI interviewer in 1975. "If you have a feeling of being different ... it's likely to make either a criminal or a genius out of you. I've fallen sort of between the two."

Walking through the Fort Russell neighborhood, Reese hustles from house to house, reciting the architectural history and local standing of the original residents. As soon as you take a moment to appreciate the sweeping deck of the Jerome Day mansion, he has already headed down the street to see Colonial columns on the Charles Butterfield home.

"This is a shazam corner we're walking up to," he says, shuffling quickly. "You can feel it."

Poverty, or at least modesty, may have saved the district, Reese argues. By the time modern architecture transformed America into a squat sprawl of cookie-cutter ranchers and McMansions, the old barons had abandoned Moscow. New residents could not afford to demolish the historic homes, so they had little choice but to restore them.

"This is probably the most cohesive and lovely residential district in Idaho," he says. "I've traveled all over this state and I can say ... there's just something about Fort Russell."

Toys and bike helmets may litter the sidewalks now, but Reese points overhead where the green, grand branches of trees planted by those old barons arch over the roads like a "gothic cathedral up every street." The leaves drape the neighborhood in a timeless quiet. Reese strides down the middle of the street, forcing cars to slowly ease around him.

"Everything was built right here," he says. "This was really clearly the place." ♦

Population: Approximately 240 homes and historic structures, with an estimated 700 residents, according to the city of Moscow.