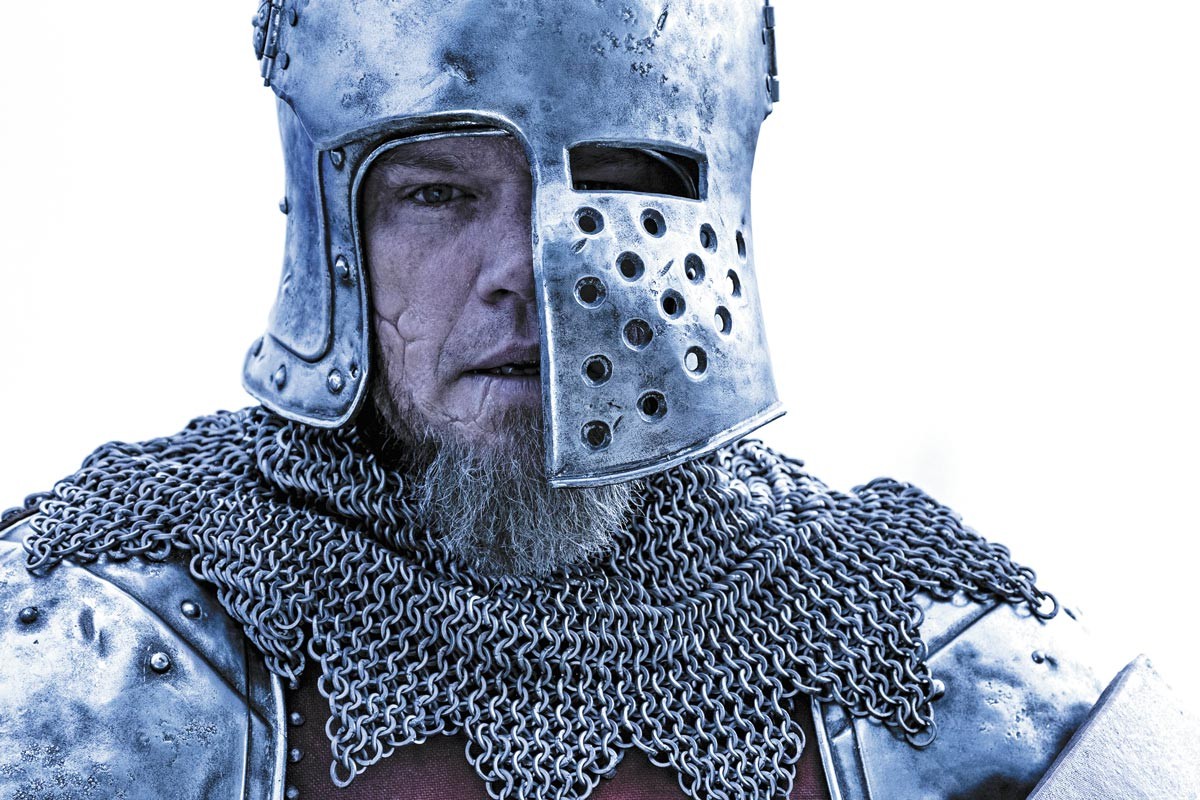 Matt Damon leads a knight life in The Last Duel.

Ridley Scott's The Last Duel opens with two hardened 14th-century French warriors preparing for ritual combat, but don't be fooled: This isn't a historical epic about brave men headed off to war. It takes awhile for the pieces to come together, but by the time The Last Duel circles back to that showdown between its main characters, the movie has thoroughly deconstructed familiar notions of chivalry and nobility. Jean de Carrouges (Matt Damon) and Jacques Le Gris (Adam Driver) begin the movie looking like fearsome knights fighting for honor. They end up looking like insecure chumps eager to kill (or die) for the sake of their macho pride.

After the opening machinations, The Last Duel flashes back somewhat dizzyingly across the years to a series of incidents that fractured the close friendship between de Carrouges and Le Gris. In 1370, they're compatriots fighting for France, both in the service of Count Pierre d'Alençon (Ben Affleck). Pierre, an ostentatious libertine who'd never think of taking up arms himself, has no patience for the pious, humorless de Carrouges, but the count takes a liking to Le Gris, who shares his penchant for hedonism. Both men are squires, but while de Carrouges eventually becomes a knight, it's Le Gris who gets money and power thanks to his friendship with Pierre.

De Carrouges loses the military position he expected to inherit from his father, and some of the land he was promised as a dowry for his marriage to Marguerite (Jodie Comer). But he gains an intelligent and beautiful wife, even if they have trouble conceiving an all-important heir. When de Carrouges returns from one of his military campaigns, Marguerite tells him that while he was gone, Le Gris barged into their home and raped her. Outraged at this offense, de Carrouges appeals first to Pierre and then to the childish King Charles VI (Alex Lawther), before settling on the duel as the only recourse left for him to preserve his honor.

At least that's how he sees it. The Last Duel runs through all of these events three times, first from de Carrouges' perspective, then from Le Gris', and finally from Marguerite's, but this isn't just a warmed-over medieval Rashomon. Many of the events themselves remain the same, but as the perspectives shift, Scott and screenwriters Damon, Affleck and Nicole Holofcener make it clear that both de Carrouges and Le Gris are caught up in self-mythologizing, viewing the woman at the core of their dispute as merely a piece of property subject to damage and/or reimbursement.

The filmmakers give her a voice, though, and Comer shines when the film switches to Marguerite's point of view in its third segment. Setting up expectations for a traditional story of knightly justice makes the subversion more effective, and the actors guarantee that the early segments don't just feel like marking time. Damon and Driver create believable characters who aren't just misogynistic monsters, and Affleck is a delight as the charmingly obnoxious Pierre.

Although The Last Duel is based on true events (as detailed in the 2004 nonfiction book by Eric Jager), much of its approach to sexual assault feels anachronistic, with parallels to modern-day controversies. That only adds to the story's resonance, though, and Comer brings inner strength and ferocity to Marguerite while demonstrating the limitations of a woman's agency in 14th-century France. She's still ultimately at the mercy of these posturing idiots hacking away at each other, in a crude, brutal fight that strips away any romanticism of chivalric tales. Scott teases his audience with rousing action, and then leaves them with ugly, messy reality. ♦

The original print version of this article was headlined "Dude Fight"

The Last Duel is not showing in any theaters in the area. 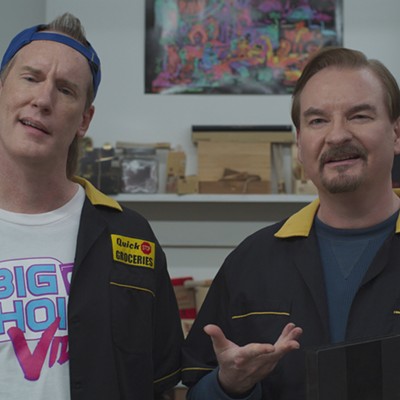