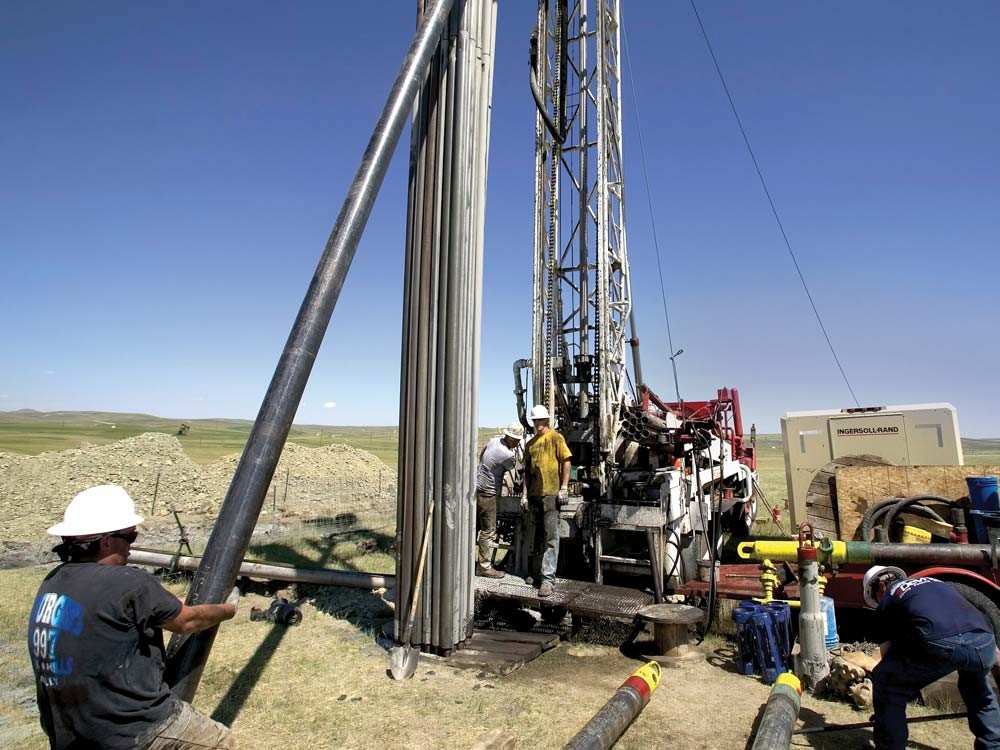 Justin Hayes couldn’t get over the “unbelievable timing.” Hayes, program director of the Idaho Conservation League, had just asked members of the Idaho Oil and Gas Conservation Commission to prohibit the carcinogenic chemicals involved in the controversial natural gas extraction technique known as “fracking.” The commission denied him and instead adopted temporary rules, using existing procedures in Wyoming as a model.

The next day, near the end of last month, Hayes was staring at a newly released federal report detailing the actions of oil and gas companies operating in Wyoming that had injected thousands of gallons of water containing known carcinogens into wells from 2005 to 2009. The report, issued by members of the U.S. House Energy and Commerce Committee, said as many as 29 of the chemicals were known or suspected human carcinogens.

To make the timing even more “unbelievable,” all of this came on the heels of Idaho Gov. C.L. “Butch” Otter — who chairs the oil and gas commission — asking Idaho Department of Lands Minerals Program Manager Eric Wilson about that exact same subject.

“Carcinogenic is a very broad term,” Wilson told Otter. “Even Twinkies could be considered carcinogenic.”

But fracking doesn’t use Twinkies, and Twinkies weren’t on the list of carcinogens found in the congressional analysis of fracking fluids used in Wyoming and 14 other states. Methanol — a hazardous air pollutant — was on the list, as was 2-butoxyethanol, a solvent used in paints and cleaning products.

Short for hydraulic fracturing, fracking has become the favored way to tap the vast reserves of natural gas beneath America’s surface by injecting high-pressured fluids to improve flow through wells. And as the chemical components of that fluid become public knowledge, fracking is quickly becoming a dirty word.

Bridge Resources, the Colorado-based company that has thus far drilled 11 commercial natural gas wells in western Idaho’s Payette County, doesn’t like to use the term “fracking.”

“We call our process ‘mini-fracking,’” says Kim Parsons, Bridge’s exploration project manager. “It’s dramatically less than what you’ve been hearing about in the media.”

“We’ve been totally transparent in what we’re doing,” Parsons told the standing-room-only gathering. “We have fully disclosed the ingredients that we want to use for our mini-fracking.”

Bridge’s website states that its main mini-frack ingredient — some 99.5 percent of it — is water, followed by silica sand, guar (a food thickening substance), soap, detergent enzymes, boron (another thickener) and acetic acid (a form of vinegar).

“I really don’t have many concerns about what they want to use today,” says Hayes. “But when you challenge them to commit to not using cancer-causing compounds in the future, they get all mealy-mouthed.

It’s a slippery slope. Unfortunately, we’ve seen it go horribly bad in Pennsylvania.” Hayes has closely monitored an accident in Leroy Township, Penn., where a fracking “blowout” spilled thousands of gallons of drilling fluids across farm fields and into a stream, resulting in evacuations of nearby residents.

The Pennsylvania accident occurred 24 hours after the New Plymouth town hall meeting, but residents of the Payette County hamlet imagined just such a scenario when they quizzed Parsons about a remedial plan in case of emergencies.

“We don’t have one,” Parsons says.

Not satisfied that the company’s interests had been represented by Parsons’ answer, Bridge Land and Acquisitions Manager Jodie West jumped in.

“All of that really would go through our insurance company, IMA Insurance,” West told New Plymouth residents. “We have pollution liability insurance and coverage that meets and exceeds anything the state would ever require.”

But the state of Idaho won’t require a bond from Bridge, at least not anytime soon. Hayes pleaded with the oil and gas commission to introduce a bond to safeguard Idahoans from a potential fracking emergency, but the commission denied the request.

“It was incredibly unfortunate,” Hayes says. “It doesn’t speak well to the potential for getting bonding included in the permanent rule-making process. I think it shirks [the commission’s] statutory responsibility.”

The permanent rule-making process gets underway this summer, with Bridge, ICL and the Department of Lands all expected at the table. But in the meantime, Bridge is anxious to get working. Of 11 exploration wells, three were immediately successful. Otter went as far as calling one well “sweet” in 2010, championing a new industry for the Gem State. But four of the 11 were deemed dry, and Bridge wants to frack the remaining four.

For the nearly three hours at the New Plymouth town hall, Parsons schooled attendees on the geology and physics required to drill through Payette County’s layers of sand and shale to tap what will become Idaho’s first-ever commercial natural gas production operation.

But, at the last meeting of the Payette County Planning and Zoning Commission, Bridge said something they’re rarely heard in Idaho: No.

Commissioners rejected Bridge’s request for a conditional use permit in the company’s effort to build a 13-acre gas compression site to send 50 million cubic feet of gas into a commercial pipeline. The site would draw and dehydrate gas from several exploration sites scattered around the New Plymouth area, pulling out approximately 30,000 gallons of water and up to 1,000 barrels of oil each day. The water and oil would be hauled out of the site on a semi-regular basis.

“We want to protect people in our community,” Commissioner Farrell Rawlings told Bridge representatives. “For you to sit here and tell us everything is going to be fine is just a bunch of baloney.”

The commission tabled a decision on a zone change for Bridge’s land, which would have changed it from agricultural to industrial.

“After the commission denied our requests, I spoke briefly with Gov. Otter,” Hayes says. “I asked him for a little help. We believe that if this is done right, the state can guarantee good revenue streams, but also ensure that local communities are protected and our drinking water is not harmed. We want that balance.”

A version of this article first appeared in Boise Weekly.