Some want to limit the release of footage from police body cameras. What would that mean for Spokane? 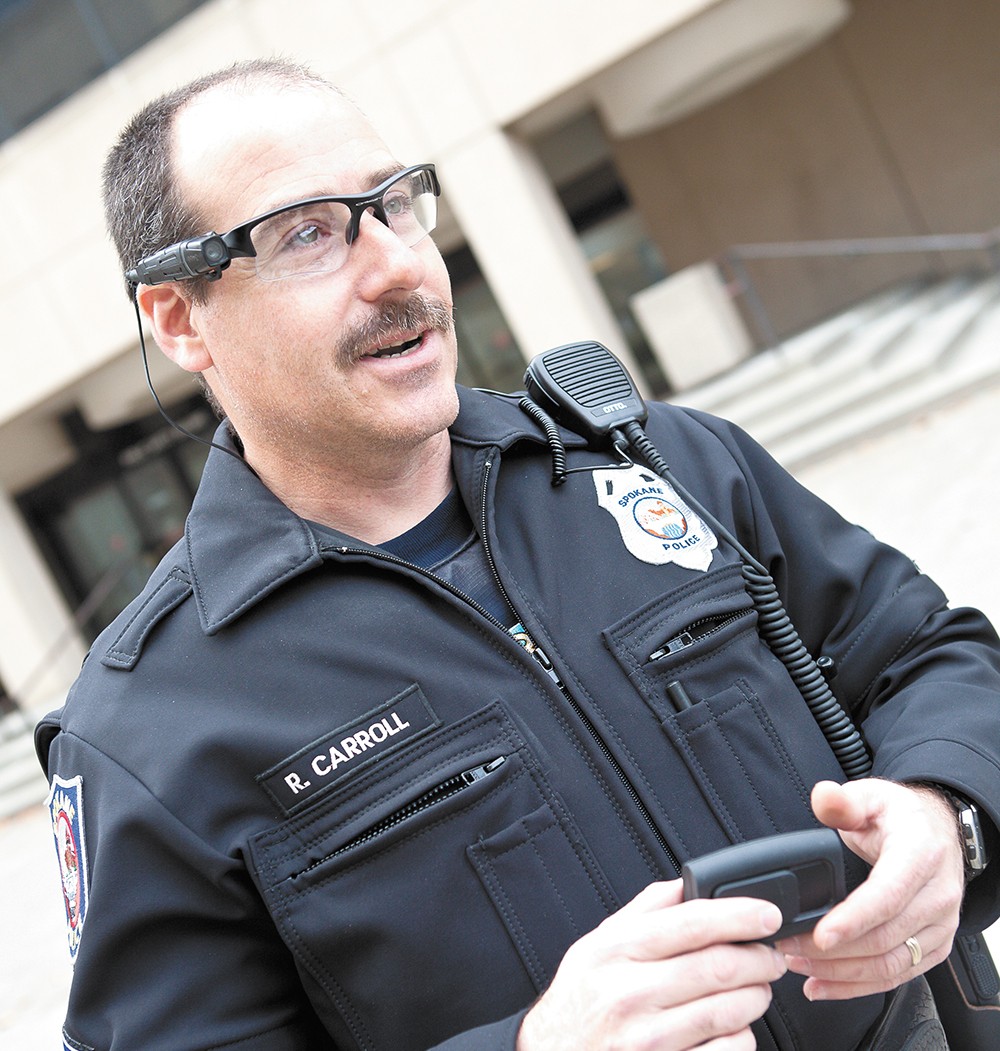 When the Spokane City Council decided

to direct three-quarters of a million dollars to a pilot program that equipped officers with body cameras, Council President Ben Stuckart pointed out that the cameras had been unanimously endorsed by the council, as well as by city administration and a commission charged with examining the use of force by Spokane police.

"I think they're a huge step forward," Stuckart said before the council voted unanimously to fund the program.

Putting cameras on police officers has been hailed — by activists, lawyers, even President Obama — as a way to bring an unparalleled level of accountability and civility to policing. Locally, a U.S. Department of Justice review of the SPD praised the department for launching an initial body camera project.

The Washington Association of Sheriffs and Police Chiefs is hoping to convince lawmakers to revamp the state's public records law to no longer allow voluminous requests of footage, while also preventing sensitive situations captured on camera from ending up on the Internet.

Advocates, however, worry that such restrictions would undermine the whole point of having body cameras: transparency.

"The bill is very one-sided, and it's focused on this one problem in a pretty aggressive way," says Jared Friend from the Washington chapter of the American Civil Liberties Union.

According to Friend, the draft bill would require requests for body camera footage to go through a judge, which he says is unduly cumbersome. The ACLU has its own concerns about the cameras — specifically when officers are required to turn them on, and the potential for the devices to be used for dragnet surveillance — but Friend says the bill doesn't address those concerns.

Rep. Drew Hansen, a Bainbridge Island Democrat who is working on drafting the bill on behalf of the association, says that under the legislation, someone seeking to disclose body camera footage would have to demonstrate that the public interest in disclosing a video outweighs privacy concerns. For instance, he says, a video of a high-profile police shooting would likely meet this criteria. Individuals, under the bill, could request footage of any police interaction they were involved with, he says.

The legislation has been drafted to address large requests of footage. One individual living in Western Washington, sometimes referred to as the "anonymous requester," has requested all of the footage of every agency with a body camera program in the state. Spokane Police Chief Frank Straub says that's a problem.

"What we've seen in these broad requests is that people are getting massive amounts of audio and video data and are posting it on YouTube," he says. "And we are exposing people who, in some cases, are ill or are in a difficult situation, and now it will be out there for their rest of their lives."

Straub says he hasn't seen the latest draft of the legislation and couldn't comment specifically on it. He recently told the city's Public Safety Committee that the department was going to be "be very slow and methodical on amping up the rollout" of body cameras until the legislature takes some action on them. He told the committee that the bill has a "50-50" chance of passing. If it doesn't pass, he said, "that's going to cause us to go back to council, and ultimately to the community, on where we want to go with this."

Rick Eichstaedt, executive director of the nonprofit Center for Justice, says that body cameras can be a useful police accountability tool, and he wants to see more of them. Updating state law while putting the devices on more officers can be concurrent efforts, he says.

"I don't necessarily think we need to wait for the public records change to occur," he says.

A smattering of communities throughout Washington, ranging from small towns to Seattle, are either testing out body cameras or have fully implemented them.

In Liberty Lake, all 10 officers are equipped with body cameras, says Police Chief Brian Asmus. He says that his department also received a request for all of the department's body camera footage. The department told the requester that it would take two years for a clerk to make sure that none of the video footage contains any juveniles or anything related to sexual offenses, which are exempt under state public records law.

Poulsbo, a small town in Western Washington, has reacted to large requests by considering suspending its body camera program.

In Spokane, 25 officers now voluntarily wear the cameras. Straub says that while the department will keep an eye on what comes out of the legislature, he plans to roll out cameras slowly either way. "There's no reason to go fast," he says.♦