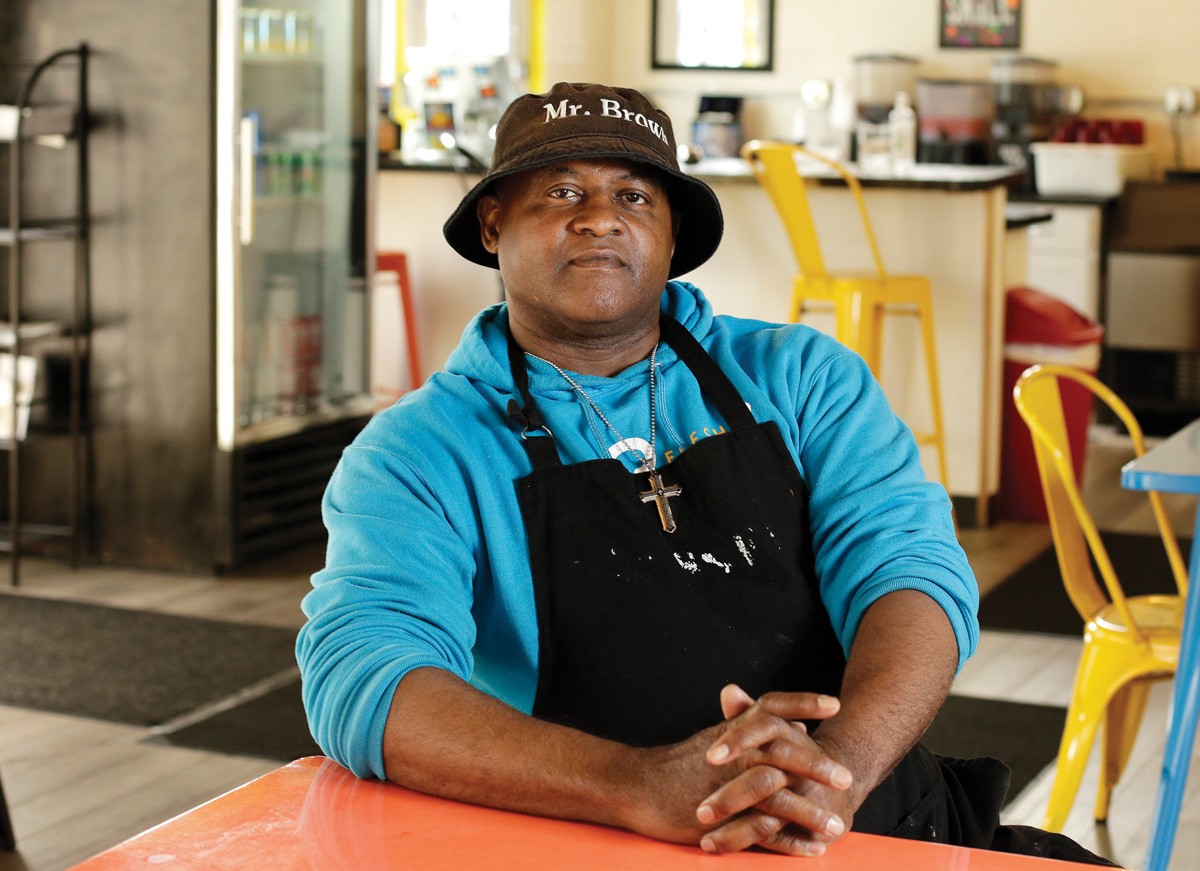 But it's not just hungry customers they're serving; Fresh Soul is part of Brown's overall mission to nourish the community on several levels.

"As a kid, everybody wants to be a doctor or lawyer, but I had it in my mind to operate my own restaurant," says Brown. "I knew doing that I was really going to be able to interact with people."

Brown's father, Cask Thomas Sr., ran Sam's Barbecue Pit, a longstanding Spokane roadhouse-style restaurant that ran afoul of the law and closed in 1993. A favorite memory is watching his father rub down pork ribs, says Brown, who put in about 15 years at the East Central eatery in the 1980s and '90s.

He left Spokane about 20 years ago, attending school in Alabama and traveling around the U.S., all the while nursing the dream of opening his own restaurant. It would be one with a very different clientele and mission than his father's, he says.

"If God had wanted me in another city, I'd be there," says Brown, who returned to Spokane to be closer to his mother until she died in 2005. He cites two key influences in his desire to give back to the community.

His stepmother, Eileen Thomas, was deeply involved with the local NAACP and helped found the East Central Community Center. Another influence was the Rev. Clifton E. Hamp, a larger-than-life preacher who in the 1960s founded the Full Gospel Mission for All Nations inside a former East Central Presbyterian Church. Hamp also created Hamp's Camp for young people from lower-income households, something that stuck with Brown.

In 2010, Brown founded the faith-based Spokane Eastside Reunion Association, or SERA. The organization's mission recognized "the despair that riddles so many of our world's people, most specifically those who are marginalized, and thus it is together that we join hands and labor for change." A summer youth basketball camp and a mentoring and tutoring program ensued. But Brown still harbored that dream of a restaurant.

He developed the idea for Fresh Soul to provide teenagers a 16-week job training program. Participants learn kitchen etiquette and food handling and service skills, but also explore things like having a bank account and budgeting. There's info on building a résumé and searching for a job, developing interview skills, and importantly, having pride and giving back to their community. "It's not just in the kitchen when we're teaching these kids; it's life skills," says Brown.

Helping kids connect with others and feel productive while contributing to society and learning food industry skills are all part of the plan. So is the message of faith, says Brown.

"Even though I don't proselytize, we try to instill Christ," he says. "I put Him first in everything."

The original print version of this article was headlined "Table Talk" 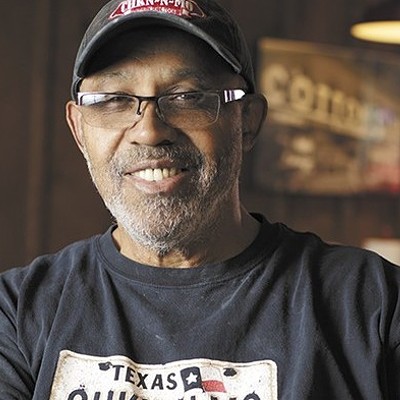