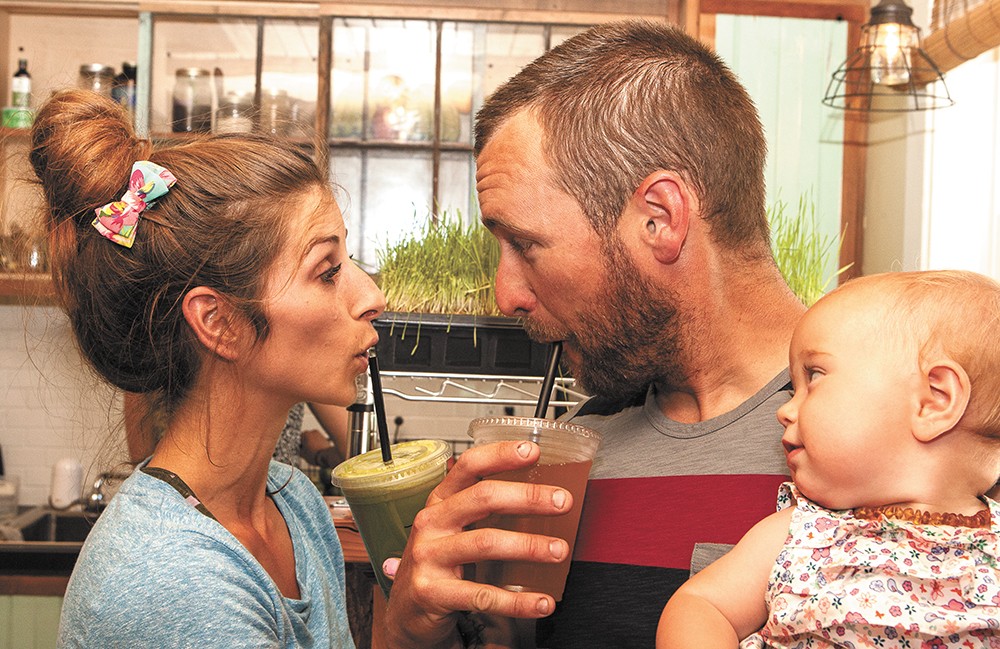 owners of the mobile juice bar BEET It Up, know that people like to drink beer. And coffee. And wine. And cocktails.

They also know that after a couple of adult beverages, nothing can refuel a body like a fresh, organic juice, so they opened the BIJA Organic Juicery and Kombucha Bar as a sister business to already established BEET It Up.

"BEET It Up is very comical and fun," says Gardner. "[BIJA] has its own sweet elegance to it." Housed in the Buddhio at South Perry Yoga, the new juicery is a little more yogi, according to Elder.

"We do have to be respectful of a yoga studio because we do share a space, so, you know, we have to be quiet when they're having savasana. So honoring that, that's a priority for BIJA," she says.

Supporting the local community is a main concern for Elder and Gardner. When it's in season, they purchase their produce from local farmers market vendors, and they source their kombucha — a tea-based drink that is cultured and brewed for up to two weeks, then infused with other flavors — from Bare Culture in Coeur d'Alene.

The menu ($6-$7 for juices and smoothies; $3.25-$4.25 for kombucha) is created by Elder, who says the most popular juice is the Third Eye, which features pineapple, broccoli, greens, apple and mint.

"I'm really pushing the Focus as far as the smoothies," she says. For those who still need their java fix, this smoothie includes coffee, combined with banana, cinnamon, agave and coconut milk.

BIJA and BEET It Up have entirely different menus, offering customers a wide range of options. Elder and Gardner see their two businesses as both partners and competition. When a woman came in to BIJA asking for a custom juice with carrots in it, Elder was able to run to grab the veggies from the mobile juice bar, which was parked across the street for the South Perry Farmers Market.

"It can be competition, but they can complement each other," says Elder. ♦