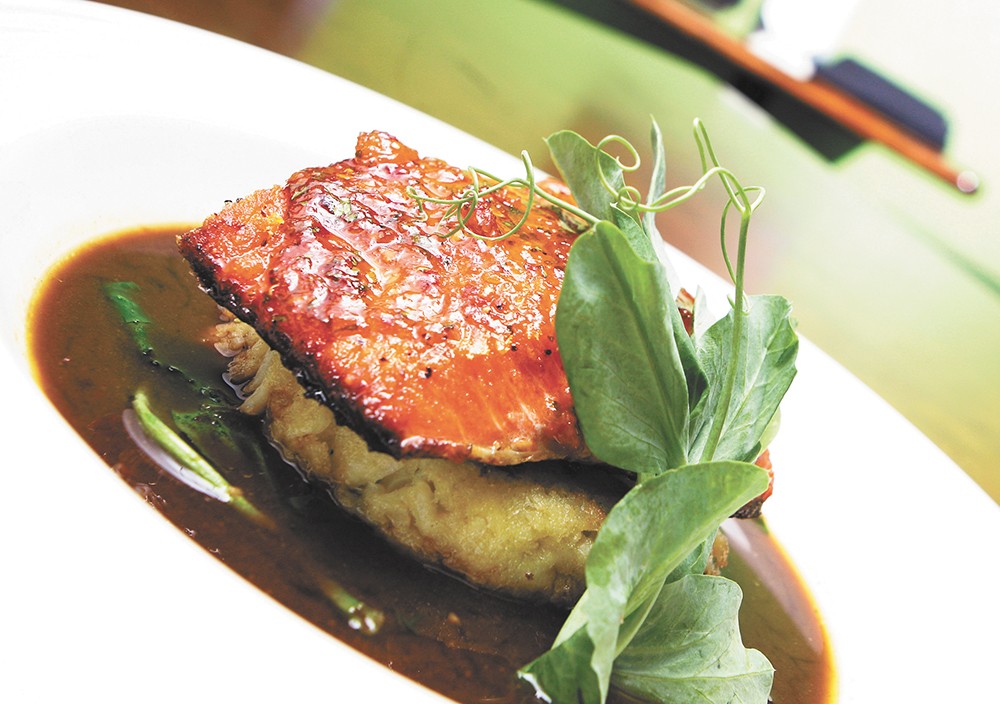 It's sometimes best not to jump into something all at once. With Restaurant Week, Ambrosia owner Scott Cook simply wanted to wait and see what all the fuss was about. Observing the success of the event, now in its third year, Cook decided his bistro and wine bar should participate — especially to entice people who don't live in Spokane Valley to come out and experience the stylish yet comfortable venue.

"There's a lot of loyalty for people's neighborhoods, and that's a great thing," says Cook. "But that also means the people of Spokane are so compartmentalized. Hopefully this event will get people to try places out of their comfort zone."

For the menu, Cook says the restaurant is getting back to its roots, offering items with some Mediterranean flair.

"A lot of these items aren't on our regular menu," Cook says.

Selections for the first and second courses are bright and warming, with choices like green curry chicken soup and a New York steak with chimichurri sauce, but the desserts absolutely shine here. Choose (if you can) between coconut cake with grilled pineapple ice cream, lemon tiramisu or chocolate mousse served in a chocolate cup with fresh berries and whipped cream.

It's only been open two months, but the Backyard is gladly participating in Restaurant Week. Owner Matt Goodwin, who also owns the newly participating Boiler Room, says it was an easy choice to be a part of the event.

"At the Backyard, the chefs do a nice twist on pub food," Goodwin says. "I look forward to introducing our food to customers who haven't discovered us yet."

Located two blocks north of Kendall Yards on the edge of the West Central neighborhood, the gastropub's ambiance, including long, high tables and exposed wood, doesn't feel too upscale or hipster. As Goodwin says, it's a five-star dive bar.

For Restaurant Week, Goodwin says they plan to serve menu items they've been waiting to introduce, like the chicken Caesar wrap, along with some of their best-sellers like the Cuban pork sandwich and handmade pretzel bites. For the dessert course, there are three alcoholic selections to choose from: Beer on tap, wine from Walla Walla's Charles & Charles or a spicy cinnamon shot (aka Fireball, the unofficial liquor of Spokane).

Since opening nine years ago, Wild Sage has impressed customers with its fresh, regionally sourced Northwest cuisine. So it was important to managing partner Tom Sciortino that Restaurant Week aligned with his business model.

"I saw that this event was creating more of a sense of community in the local food scene," Sciortino says. "This isn't a promotion we needed to do, but I see it as an opportunity to play with the group and showcase our restaurant."

It was important for Sciortino to include menu items that his charming yet chic restaurant serves on a regular basis — even if that meant dropping some profit margins.

"I'm not putting hot dogs on the menu," he says with a laugh. 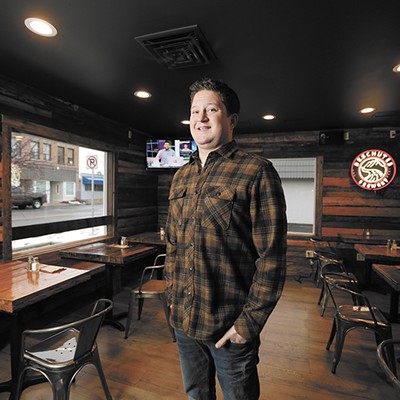