From a studio on his Colorado farm, Gregory Alan Isakov creates contemplative folk about the American heartland 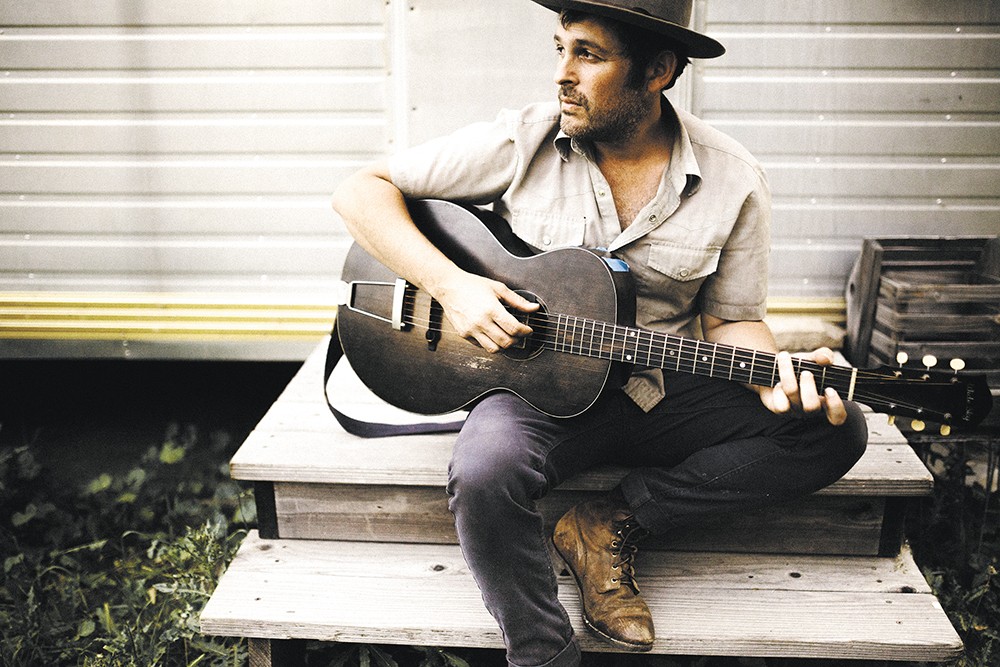 In the summertime, Gregory Alan Isakov works the soil on his 3-acre farm in Boulder County, Colorado, and sells produce at farmers markets in the area. In the quiet of the evening, he works by the glow of VU meters and tape machine in his studio, a converted barn on the property where he captures the sound of his music reverberating in the dust-covered rafters.

Isakov is a singer-songwriter known for such bare, intimate tunes as "Big Black Car" and "The Stable Song." He was born in Johannesburg, South Africa, but raised in Philadelphia, and started touring as a musician at 16 years old. His songwriting has always been rooted in a sense of place: It's contemplative music from the American heartland recalling frosty mornings in the Rocky Mountains, fog-shrouded prairies and still fields of corn under a hot blue sky.

"I think that, as a writer, the landscape fits in there for sure, whether I mean it to or not," he says. "Maybe the clouds are a character. Maybe the wind is a character. It's personifying the natural world."

Isakov's upcoming album is titled Evening Machines, and its second single, "Caves," is an example of Isakov's everyday life influencing his songwriting. Last summer, his friend Ron Scott visited the farm. He's a man of few words, yet he has a knack for inspiring Isakov.

"I just made a study out of cool shit Ron says, following him and writing stuff down," Isakov says. "He wakes me up one morning and says, 'Hey Greg, I just saw an eagle in the field. I think I like birds now. I think I'm into birds.' I'm like, 'That's awesome, Ron.' I've never written like that, by compiling conversations. I didn't think it would turn into anything."

But the brief exchange ended up inspiring one of the verses in "Caves." Isakov sings: "Now I think I like birds / See them fly from St. Paul / And I go running when the night aches / I hear her every time she calls."

Like any good poet, Isakov strives to convey strong feelings and imagery with as few words as possible, letting the listener fill in the gaps with their own imagination. But he finds that a lot of poems "don't sing well." For example, he was writing a poem inspired by his travels in West Texas and came up with the line, "You saw her bathing in the creek / And you're jealous of the water that's touching her skin."

"I remember having that feeling before, and thinking how ridiculous it was to be jealous of water," he says. "It's a very masculine line, I think."

It was an interesting morsel of thought, but it was clunky to sing. He edited the phrase down to, "You saw her bathing in the creek / Now you're jealous of the water." Suddenly, he had a potent turn of phrase that spoke to an unfortunately common form of toxic maleness; the lyrics appear in "Chemicals," the first single from Evening Machines.

The album is full of eerie background embellishments — the hum of an old Wurlitzer organ, ghostly lap-steel and mournful musical saw. That, too, is a product of the studio space itself, where Isakov leaves everything mic'd up and ready to record in case inspiration strikes. As a multi-instrumentalist, he plays many of the instruments heard on Evening Machines, but a large cast of characters dropped by the barn to add unique flourishes, as well.

Isakov says it was both a solitary and communal experience — an experience not unlike bringing vegetables to market. Indeed, his working lives as a farmer and a musician are complementary. One feeds the other.

"It's always been good for me to go to work and reflect on a piece of writing," he says. "It's nice to step away from it." ♦

The original print version of this article was headlined "Harvesting Inspiration"