From biker gangs to acid trips: Where to watch the late Peter Fonda's most iconic movies at home 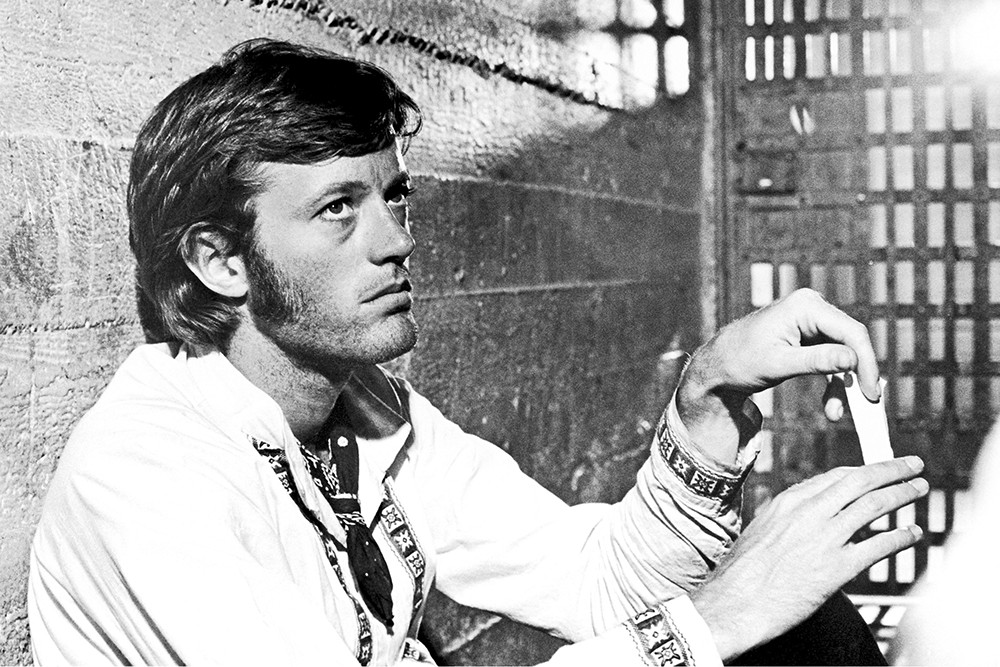 When Peter Fonda died last week at 79, one of the most significant acting dynasties in American film lost a luminary. Fonda was one of the rare performers who straddled the line between old Hollywood and new: He had the poise and good looks of an old-fashioned matinee idol, but with the darkness and introspection of the more experimental school of performance that dominated film in the 1970s.

It's true that Fonda's career went through rough patches in the '80s and '90s, but he stayed active till the end, working mostly in low-budget film and TV, and he'll be remembered as a prominent counterculture figure and one of the progenitors of the American indie film movement.

Here are a handful of his most famous starring roles, and where you can watch them right now.

Fonda's breakthrough as an actor was in the low-budget films of exploitation maven Roger Corman, the first of which was this trashy Hell's Angels-inspired thriller. Featuring early appearances by Bruce Dern, Nancy Sinatra and Diane Ladd, it's a flimsy but scrappy look at a Fonda-led biker gang that indulges for 90 minutes in drugs, booze and bloodshed. The movie was a drive-in hit, though it wouldn't be the last time Fonda garnered attention while on the back of a Harley-Davidson. For rent on Amazon Prime and Vudu.

Most interesting as a groovy time capsule, this Corman production essentially warns the audience against the possible dangers of psychedelic drugs while simultaneously offering a supposedly first-hand account of what it's like to drop acid. Written by Jack Nicholson, the film stars Fonda as a square, recently divorced director who takes LSD for the first time — aided by friends Dern and Dennis Hopper — and we go right along on the mind-expanding, sometimes terrifying journey. Far out, man. There's a high-quality version on YouTube, and it's for rent on iTunes.

The quintessential counterculture movie, Easy Rider was a flashpoint in the independent film movement and is often credited — alongside Bonnie & Clyde, The Wild Bunch and Midnight Cowboy — with ushering in an era of edgier, more fatalistic American movies. It tells a simple, allegorical tale: Fonda (who co-wrote the script) and Hopper (who directed) are drug-smuggling bikers, riding with a stash of money from L.A. to Louisiana and encountering various characters who are representative of different strata of American society: prostitutes, pushers, rednecks, hippies and a disillusioned young lawyer (Nicholson, in the role that made him a star). The film's unprecedented and unexpected success — it grossed $60 million on a $400,000 budget — led major studios to take risks on smaller, more youth-oriented pictures, though Easy Rider's invigorating mixture of kinetic style and loose, improvisatory storytelling was never quite duplicated. Streaming with ads on Crackle, and for rent on all other digital services.

One of only three features Fonda directed, in which he stars as a cowboy who makes a long trek across the Southwest to reunite with his estranged wife, only to find that she's moved on without him. Like Easy Rider, it's another cross-country odyssey — this time on horseback — and relies on impressionistic passages of music and scenery. But unlike Rider, this was a big flop, its Vietnam-era malaise perhaps too pessimistic for audiences at the time. It's a dark downer, but beautifully done. It has been uploaded in its entirety on YouTube (though the quality isn't great), and is available on BluRay through Arrow Video.

This was considered a major comeback for Fonda, a meditative drama from director Victor Nuñez (Ruby in Paradise) about an aging beekeeper whose family has been torn apart by deception and crime. The movie was an arthouse hit, earning Fonda the best reviews of his career — "He has found the role of a lifetime," Roger Ebert wrote, "perhaps the role that points the way to a reborn career" — and his only Oscar nomination for acting. He never got another starring role as good as this one. For rent on Vudu. ♦

The original print version of this article was headlined "RIP, Easy Rider"