From Crimson to Purple

Bob Gregory was a Spokane-bred Cougar through and through; now he's prowling the sidelines for the Huskies 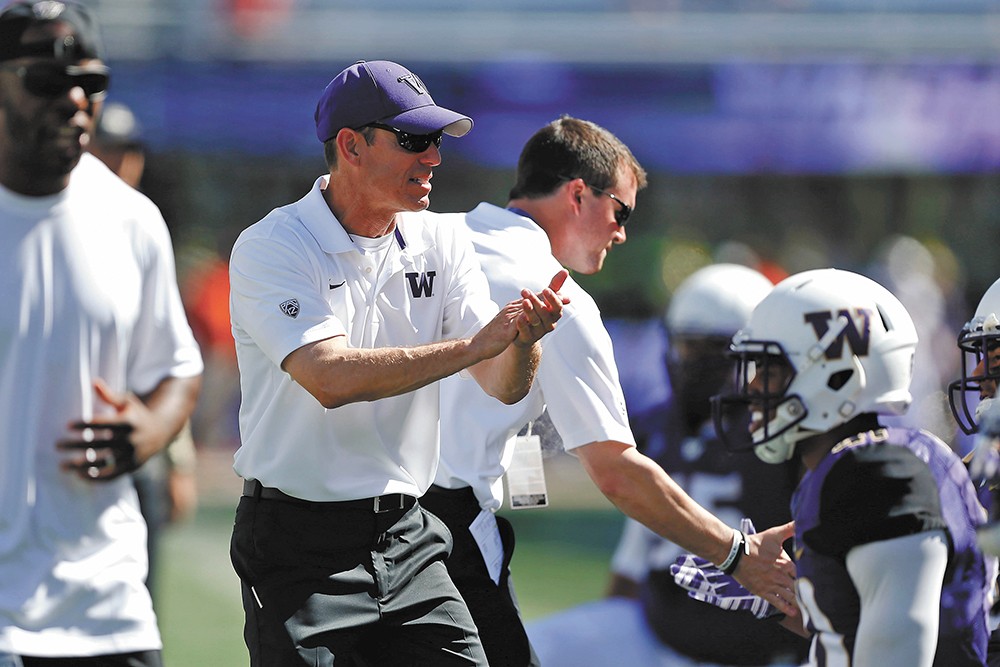 in a football season when both the Cougars and Huskies are expected to be really good, a great bowl invitation might come down to the Apple Cup, when the big question will be whether the Husky D can stop the Mike Leach attack. One of the guys who'll have to game-plan that scenario is former Cougar linebacker Bob Gregory, a product of Gonzaga Prep and Cataldo (where we were classmates). Now he's back in the Evergreen State as the Huskies' assistant head coach under Chris Petersen, in charge of linebackers and special teams.

"Look, that's kind of the path of a coach," says Gregory between practices in Seattle. "The joke among us coaches is that we're all mercenaries, really. I loved my time at Washington State, but I've also coached at Oregon, Cal. Still, I've been hearing about it more since I came [to Seattle]."

Gregory walked on to the Cougar squad in 1982, ultimately earning a starting linebacker job as a fifth-year senior. But even today he traces his coaching itch back to his days at G-Prep.

"We had great teams, great coaches, great teachers — Don Anderson, Ron Long, Al Falkner, Tony Maucione. Those guys and so many more were role models for me. My plan from then on was to teach and coach."

And that's just what he's done, albeit in college, not high school. "Coach Petersen talks about teaching a lot," Gregory says. "We all definitely consider ourselves teachers here."

Gregory's defensive coaching skills are well established, as he's been helping lead great defenses over the past two years at UW and the previous four at Boise State. This season, it's a kind of get-the-gang-back-together deal, as his former boss at Cal, Jeff Tedford, is an offensive consultant for the Huskies. Tedford, Petersen and Gregory all coached together at Oregon from 1998 to 2000.

Gregory says he's loving being back in his home state, even if it's across the mountains from where it all started. And, yes, he's aware that the Apple Cup could be a huge game this season.

"Believe me, I know people have strong loyalties," Gregory laughs, mentioning the craziness of the 1982 Apple Cup, when his Cougs bumped the Huskies out of the Rose Bowl. "But for now, we're just excited to line up against Rutgers and see where we're at." ♦

The Huskies start the season against Rutgers Saturday, Sept. 3, at 11 am at Husky Stadium. Tickets available at gohuskies.com; the game airs on the Pac-12 Network.