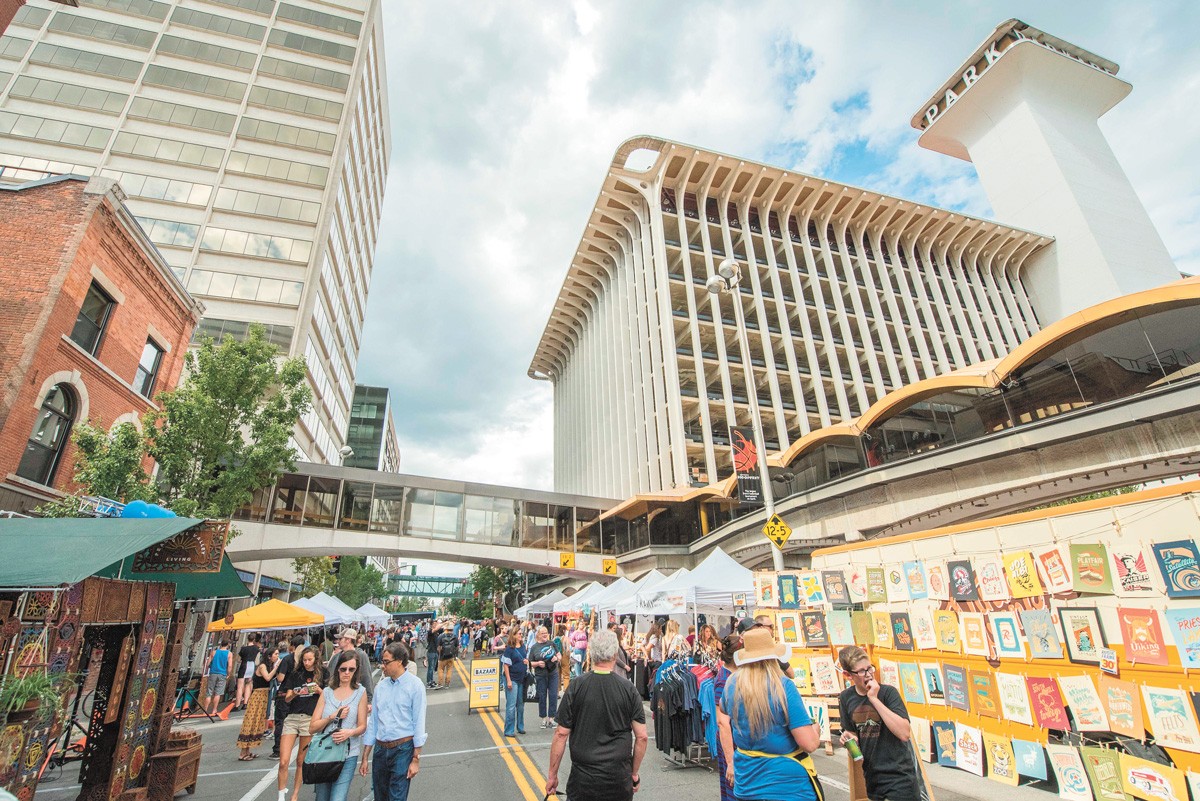 The arts community was hammered by the pandemic like few others, with gallery shows and live performances canceled and postponed in droves. This summer marks the first chance for many artists to get back to work, and there are plenty of ways you can explore what they're doing.

Speaking of local arts marketplaces, you won't want to miss Bazaar, the annual pop-up shopping experience that's set to take over downtown Spokane on Aug. 7. Courtesy of the Spokane arts organization Terrain, Bazaar offers dozens of booths that sell local artisanal works in every medium imaginable — paintings, sculpture, beadwork, embroidery. Need to hang something on your wall that'll bring a pop of color, or find a decorative throw pillow to really tie your living room together? Bazaar will have you covered. And bonus: You'll be supporting a local artist. Warm weather doesn't stop them, either: Keep your eyes peeled this winter for possible details on Brrrzaar, which brings back the Bazaar concept during the winter months, only in the cozy environs of River Park Square. Visit terrainspokane.com.

Movie buffs found refuge last summer at the drive-in after the pandemic closed indoor theaters. In some cases, those drive-ins were actually parking lots or sprawling lawns converted into outdoor theaters, and one of the best of the bunch was hosted by the HUB Sports Center in Liberty Lake (19619 E. Cataldo). It was one of last year's go-to pop-up cinemas, and it's continuing the tradition this year with a diverse roster that features something to appeal to any cinematic taste. Load the kids into the car for such live-action family faves as the 1998 remake of The Parent Trap (June 18) and The Sandlot (Sept. 25) and animated hits like WALL-E (July 16) and Happy Feet (Aug. 20). And if your little ones aren't so little anymore, consider introducing them to the intergenerational classics Dirty Dancing (Aug. 20) and Jurassic Park (Sept. 11), both of which hold up pretty well in the decades since they were theatrical hits. Entry per carload is just $20. See the full schedule at hubsportscenter.org.

ARIA ON THE LAKE

Is there a classier outing than a night at the opera? And is there a more majestic location than a boat on Lake Coeur d'Alene, right as the sun sets? Well, you'll be able to get the best of both worlds with Inland Northwest Opera's upcoming cruise, which will allow you to enjoy both a boat ride around the lake and an open-air performance of G.B. Pergolesi's 18th-century musical farce The Maid Turned Mistress. It's the perfect show for a socially distanced outing, too, because the cast is made up of just two performers, and the plot involves the cantankerous relationship between an old man and his domineering maid. What are the odds, you think, that they might fall in love, despite their initial objections? The cruise will begin boarding at the Coeur d'Alene Resort starting at 6:30 pm on July 18 and 19, with the performances beginning a half hour later. For safety purposes, groups will be limited to no more than six people. See inlandnwopera.com.

A marketplace, a pop-up gallery, a performance space — Art on the Green is all of those things, and it's been an annual tradition for countless local art aficionados for more than five decades. Following a virtual 2020 edition, it's back in its regular spot on the campus of North Idaho College, and between the dates of July 30 and Aug. 1, you can take your time admiring (and even purchasing) the work of over 160 individual artists, and the festival will also be offering a full schedule of live local music and a selection of food trucks. It's a family-friendly affair, too: The children's art garden provides the materials for your kids to make their own masterpieces, and maybe they'll be selling their own wares in the future. For more: artonthegreencda.com.

We all need a good belly laugh every now and again, and the Spokane Comedy Club is set to populate the stage with megawatt comedians who know how to split your sides. One of the biggest names on the club's summer roster is Mike Epps, who will perform a run of Inland Northwest sets July 9-11. Epps cut his teeth within the ranks of the urban stand-up collective Def Comedy Jam, becoming a breakout star behind the mic before transitioning into his role as a regular scene-stealer in comedy films. Perhaps you recognize him from All About the Benjamins alongside Ice Cube, or as the laconic drug dealer in two of the Hangover movies, or as Day-Day Jones in the cultishly adored Friday franchise (also featuring Mr. Cube). You won't want to miss his big screen-approved charisma. Visit spokanecomedyclub.com. 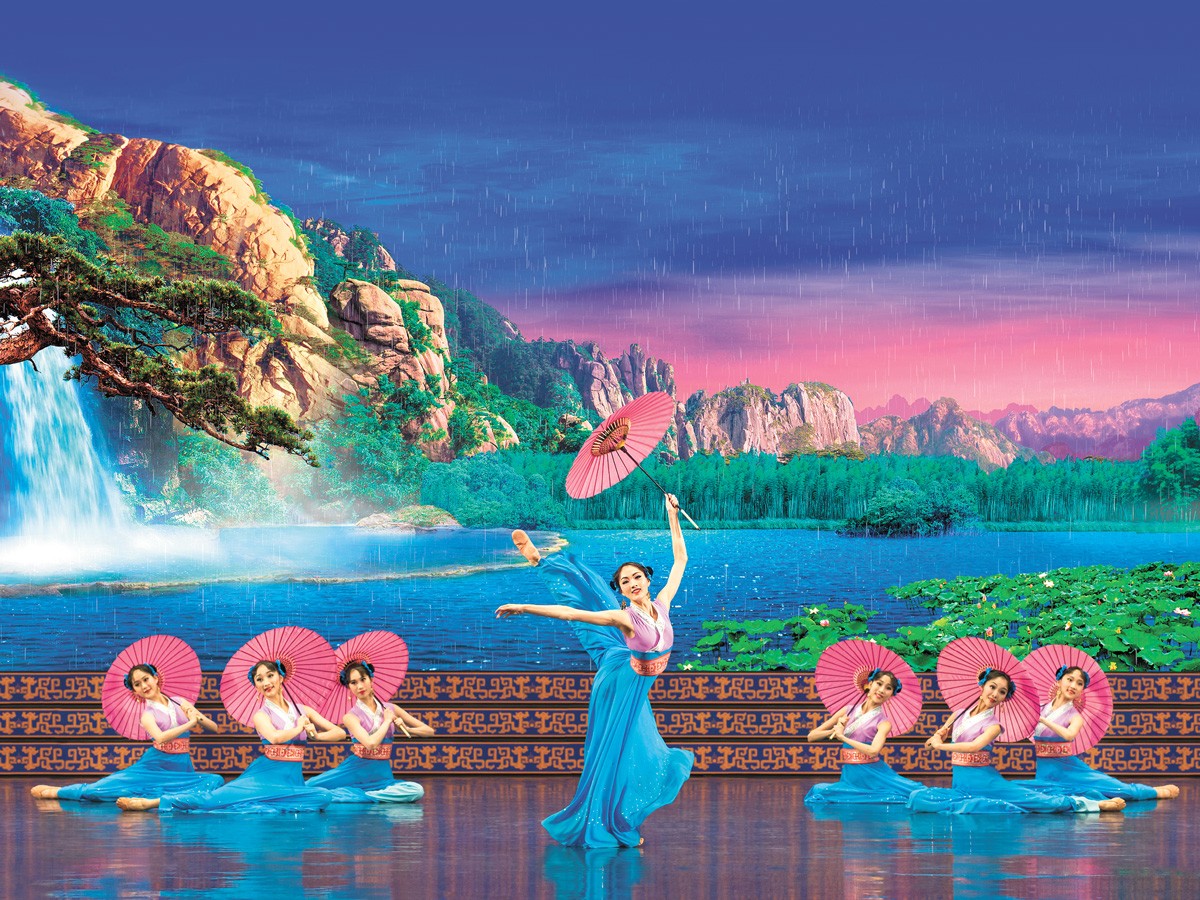 There's something special about groups who dedicate themselves to keeping a specific heritage alive, and the Shen Yun Performing Arts group has done just that, preserving the history of classical Chinese dance as it has evolved over thousands of years. The troupe, founded in 2006, is based in New York, but they've been taking their eye-popping stage show on the road for several years, and they'll bring their ancient acrobatics to the First Interstate Center for the Arts on Aug. 3. It's designed to be an immersive experience, a feast for the eyes as well as the ears, and it sets out to bring an ancient artform to life and into the 21st century. Visit firstinterstatecenter.org.

THE PLAY'S THE THING

If you've ever found yourself watching a great performance on the stage of the Spokane Civic Theatre and thought to yourself, "I'd like to do that," consider enrolling in one of the many upcoming courses taking place during Summer in the Park with the Civic. From the forestry shelter inside Riverfront Park, you can enroll in various classes that teach you the basics of the theater, getting tips and tricks from actors, directors and behind-the-scenes folks who make sure the show goes on. Maybe you want to memorize an entire play and perform it within a week. Or maybe you want to get a handle on the ins and outs of playwriting. Perhaps you'd like to brush up on your dramatic monologue delivery or your comic pratfall skills, or get a crash course in the specific gravitas it takes to pull off Shakespeare. Whether you're still an aspiring stage performer or a seasoned theater veteran who simply wants to learn a new trick of the trade, these fun classes will get you stage-ready. For more: spokanecivictheatre.com. ♦

The original print version of this article was headlined "Arts"