From Pine to Fine

The Zags' nine-game winning streak coincides with the emergence of Marquise Carter. 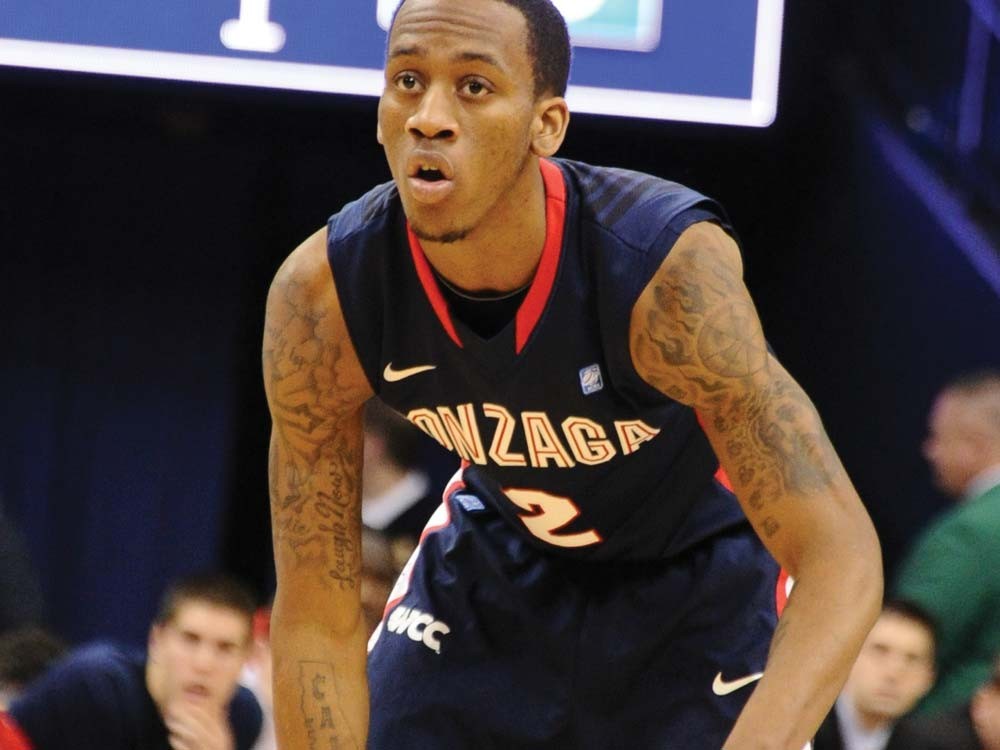 Marquise Carter leads the Zags by making 84 percent of his free throws.

NOTABLE: GU has won nine straight games, but none came against a team with athleticism like that of the 17th-ranked Red Storm. Gonzaga faces a tough press and guard Dwight Hardy, who averages 18 points.

A few weeks back, Marquise Carter was barely even considered when coaches, players and fans discussed Gonzaga basketball.

Carter was so far at the end of the bench, he practically needed binoculars to see the playing floor. At one point, Carter played just 41 minutes over the course of seven games. He scored just 10 points.

Obviously, something had to change. To his credit, Carter knew exactly what needed to be done.

“I didn’t really work as hard as I needed to,” he admits.

That all changed when Gonzaga entered the part of the season that seemed to be spiraling out of control. Carter was inserted into the starting lineup in an early February game against Memphis. After dropping a close decision to the Tigers that day, the Bulldogs have won nine straight games.

The latest and greatest of those victories was a March 6 triumph over Saint Mary’s in the championship game of the West Coast Conference tournament. That game vaulted GU into the NCAA tournament for the 13th straight year. And Carter, of all people, was named most valuable player of the entire WCC tourney.

Not so long ago, Gonzaga coach Mark Few thought the only “MVP” label attached to Carter might stand for Most Versatile Packer.

“I wasn’t sure he was going to come back after Christmas,” Few joked.

Stellar high school and junior college careers did not prepare Carter for the tumultuous start he’d have at Gonzaga. The San Diego native was stunned to find himself riding the bench during his first season.

“I had good teammates and good coaches — people just telling me to keep my head up and continue to work and be coachable,” Carter says. “That’s what I did, and then everything just started coming to me.

“I started to get more confident and make good plays on the offensive and defensive end. Everything is just going really well right now.”

Carter scored 29 points in two games at the WCC tournament to boost his scoring average to a modest 5.6 points per game. That’s well short of the numbers he put up in high school and junior college, but the athletic guard was named WCC Newcomer of the Year. So it appears that the best is yet to come for Marquise Carter.