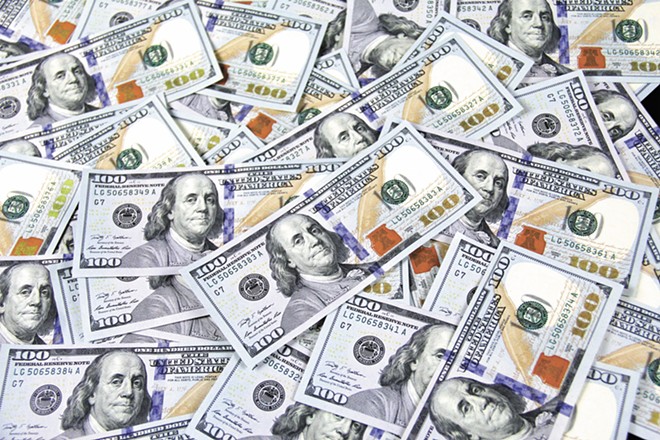 In a big push to get Washington residents vaccinated as the state moves toward a full reopening on June 30, many incentives are being offered to get shots in the arms of those who've been holding off on getting their COVID-19 vaccine.

The biggest incentives, without a doubt, are being offered at the state level, where Washington Gov. Jay Inslee announced a partnership with the state lottery, universities, major sports teams and tech companies for the "Shot of a Lifetime" contest.

All Washington adult residents who've received at least one COVID vaccine shot and are entered in the state's immunization system will be automatically entered to win the lottery prizes.

The grand prize drawing will happen on July 13, when the state will give a $1 million jackpot to one lucky winner.

The state gave away the first of four $250,000 prizes on June 8, with drawings set to take place each Tuesday until the final jackpot drawing. Winners need to claim their prize within 72 hours or it'll go to the alternate winner, so people are advised to check their voicemail starting the Wednesday after each drawing.

Lots of other prizes will be handed out each week as well, including Xbox game systems, box seat tickets for major league sporting events in Seattle, and airline tickets.

Youth won't miss out on the prizes either: During two drawings the state will give away 30 tuition prizes. Each is worth 100 G.E.T. tuition credits or about $12,000, and will be awarded to vaccinated youth between the ages of 12 and 17. More information on all prizes can be found at walottery.com/vaccination.

At the local level, many events and pop-up clinics have been scheduled around the Inland Northwest in an effort to make it easy and convenient for everyone to get vaccinated.

The Downtown Spokane Partnership (DSP) has helped plan a few fun vaccine clinics already with downtown businesses. Inslee's announcement that reopening could happen even sooner if the state gets 70 percent of people at least one dose of vaccine was a big motivating factor, says DSP Marketing and Programming Director Elisabeth Hooker.

Spokane Regional Health District data have shown a lag in vaccination among those who are in the 20-to-40-year-old range, Hooker says.

"I think convenience is probably the No. 1 factor," Hooker says. "If we can catch them where they're going to be anyway, why not get a shot?"

For instance, DSP partnered with the health district's mobile vaccine van and Brick West Brewing Co. to host a fun Tuesday night Pfizer clinic, at which there was live music and people who got vaccinated could get a beer for just $1. The follow-up clinic for second shots was at the same spot three weeks later.

"We also had games, as opposed to having it be an errand you have to run," Hooker says. "To me that's more appealing than even a lottery. While I'd be over the moon if I won $250,000, the odds are pretty low. So I'm just gonna benefit from the fact that I can now hug my mom and I can do things and have wine with my friends." ♦