Readers respond to the Inlander story on musician Myles Kennedy, and homelessness in Spokane 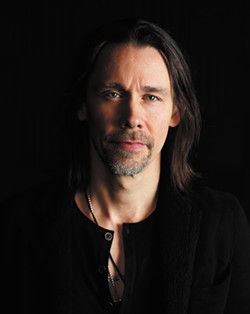 As a long-time fan of Myles Kennedy, Mayfield Four (although I knew this band after I discovered Alter Bridge and Myles) and of course, Alter Bridge itself, I'd like to express great appreciation towards your feature on him ("Taming a Tiger," 12/13/18). He really is one of rock's important figures now, and it is great to see him stay grounded. He's truly one of my most admired artists of modern times. Thank you for your article!


Readers respond to a story on Inlander.com about homeless activist Alfredo LLamedo's political tactics at Spokane City Hall and his demonstration at Camp Hope (12/14/2018):

Erika Deasy: I wouldn't want my plight represented by such a loose cannon. He's made a mockery of the cause and created controversy where we needed compassion and civility. His aggression is a big deterrent for me. Where is the civil, mature activism being held, please?

Tom Robinson: Another incisive look at the complex issue of lessening homelessness in Spokane. Advocates like Alfredo LLamedo are fed up with the mayor and the powerful interests downtown trying to make out like Spokane does not have a homelessness crisis like Seattle, Portland and nearly every other big city in the country. Homeless persons from around Spokane County come into the city because of the scarcity of services in any of the other communities. The city of Spokane Valley and the Spokane County Commissioners refuse to provide any funding even though their residents are migrating to the city to keep from dying outside. Please keep publicizing this crisis which is putting people in danger of freezing to death.

Alfredo LLamedo: It really doesn't matter what others think about my tactics, motivation, or the movement. Their hate will not affect or change our resolve. I do what I do for one of our most vulnerable populations because I love them. It's a love that's understanding, caring, and compassionate. I don't judge people who are homeless, instead I meet them exactly where they are. It's very easy to blame those that are most vulnerable for their unfortunate socioeconomic status, but the fact of the matter is that a lack of protections from unscrupulous landlords, employers, and corrupt public servants has resulted in a significant increase in homelessness. ♦