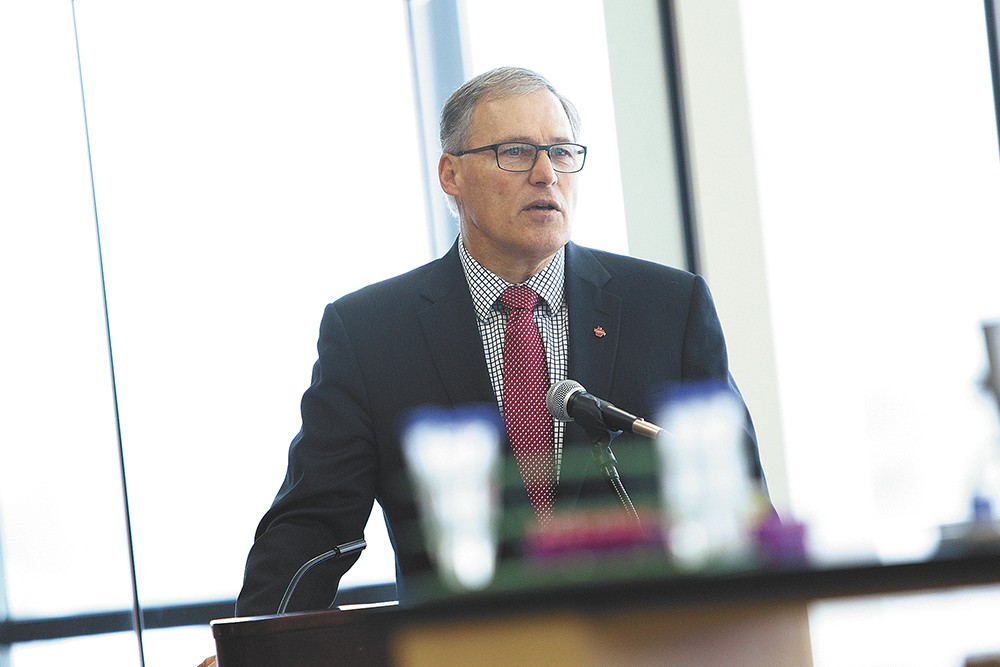 Young Kwak photo
Gov. Jay Inslee has thrown in his hat in the ring.

Readers respond to a New York Times article on Inlander.com about Washington Gov. Jay Inslee's plan to run for president in 2020:

Brad King: The good thing is he won't be our next governor.

Kathy Stoeser Lund: Wouldn't it be fun if he won all the caucuses but our superdelegates vote for someone else?

Jack Eti Yak: Climate change and the environment are his signature issues? While promoting a coal-burning smelter in Newport on a non-industrial rural landscape of mountains, lakes, rivers and forests enjoyed by many of us on the scenic highways of the Selkirk Loop? That environment?

Pat Low: Looks like he'll be a good stand-in for Al Gore in the not-to-distant future.

Readers respond to a story about Washington Attorney General Bob Ferguson's claim that the Border Patrol sweeps at Spokane's Greyhound station might violate the Constitution:

Trent Reedy: Well, Washington is violating federal laws against marijuana. Sheriffs are violating the state's anti-freedom laws. Everybody's making up the laws as they go now.

Patrick Terrill: Why doesn't the AG just ask a judge to issue arrest warrants for ICE agents who violate the constitutional rights of Greyhound customers?

Whittemoore Chad: What about the illegals violating the law by being here? That's where we're at now, huh? Pick and choose which laws to abide by depending on your political beliefs. ♦