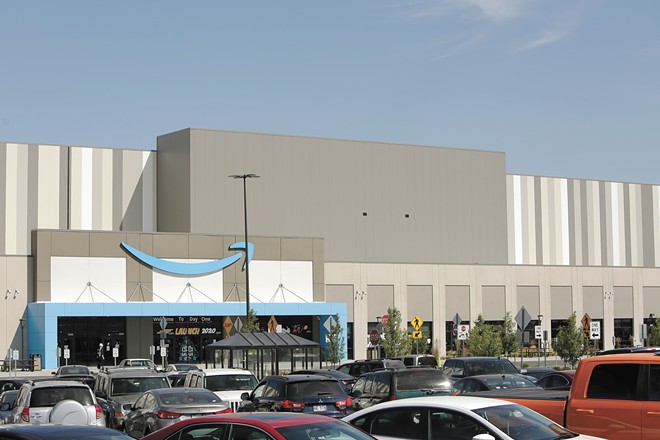 Young Kwak photo
Amazon employs roughly 4,000 people in the Spokane region and is set to add about 1,000 more jobs later this year.

Readers respond to recent news that online retail behemoth Amazon announced it would no longer test most job applicants for cannabis:

Joey Bareither: Next up: Let them use the bathroom on shift.


Michael Dundrea: Where do I apply?

DA Lee Sr: When you lose 3 percent of your workforce every week you cannot rule out a single person in the U.S.

Sara Boren: The way it sounds, you would reach a catatonic state before you were high enough that working at Amazon was tolerable.

Brandon Warren: Cupid shooting the arrows of truth. In 2023 vote for a leader, not a line reader.


Brian Breen: The big question of course is whether or not anything in the 1,200 emails demonstrate in any way racial bias on the part of "Johnnie-on-the-spot." If they do, then he should be fired for being really, really dumb.

Andrew Dresden: Woodward has been worse for Spokane than Trump and his caveman cultists.