Frontier Behavioral Health closes outpatient locations, but will treat clients over the phone 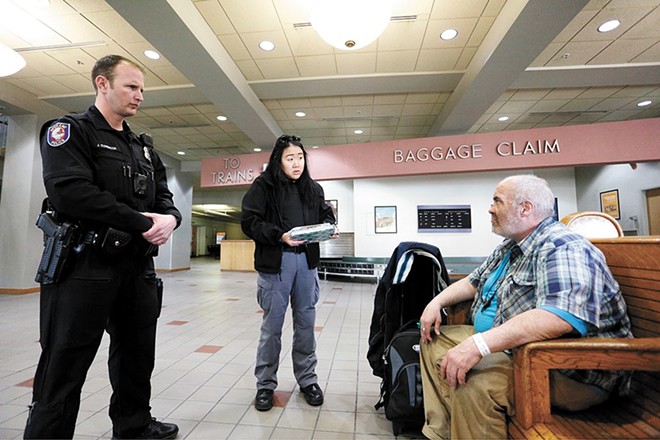 
Jeff Thomas, CEO of Frontier Behavioral Health, stresses that the organization is not closing its services. He says he knows clients in the community are relying on them.


"Instead of clients coming into our offices for appointments, or in some cases where clinicians have gone out to individuals in their homes because of the needs of clients, we are now transitioning into all being held via telephone," Thomas tells the Inlander.

It's an unprecedented step for the nonprofit organization. Thomas says out of over 700 employees, around 500 will be working from home. While he acknowledges that face-to-face interaction "has benefits" over appointments done telephonically, he had to weigh that against the risk of potentially spreading COVID-19.


Frontier provides outpatient behavioral health service to roughly 6,000 individuals each month in Eastern Washington. It has about 18 different locations for outpatient care, but those services won't be offered in person until further notice.

Local hospitals in recent years have seen a significant number of patients who arrive to emergency departments in the middle of a mental health crisis. Tim Pfarr, a spokesman for the Washington State Hospital Association, says hospitals hope it doesn't lead more patients to the emergency room during a pandemic.

"Any time you're losing what might be a more appropriate setting of care, and then patients need to go to the ER because there's nowhere else to go, that does create a strain on the hospital system," he says.

At the same time, he says it is important right now to keep social distancing. Thomas says it's hard to predict how that will play out but says they're going to be doing the best they can between outpatient telephonic care and crisis response to avoid straining hospitals.
Remaining open are inpatient evaluation and treatment and the stabilization unit. Crisis response services will continue, as will Eastern Washington 2-1-1, a telephone resources line that provides information about community resources. Thomas adds that they've received additional funding from the state to expand staff and field more of those calls.

Thomas says Frontier mental health professionals will not be going out with Spokane Police Department officers for the most part as part of SPD's behavioral health unit. Thomas says clinicians will be available to do those assessments over the phone.

Spokane Police Sgt. Jay Kernkamp, who works closely with SPD's behavioral health unit, says "nothing is going to change in terms of the services we are providing."

"We're still responding to calls for services, still providing services to those in crisis, still able to safely plan with them, still able to provide treatment for them," Kernkamp says.

Thomas says that transitioning to all telephonic has been a "heavy lift," but he adds that it's not totally new.

"It's quite typical that we have clients enrolled in outpatient and they call in crisis — not enough to activate crisis response teams, but not doing well between sessions — and we provide intervention and counseling over the phone," Thomas says. "Having it be the only mechanism is what's new."


"It's important for the community to know we're continuing to be a resource for them," Thomas says.