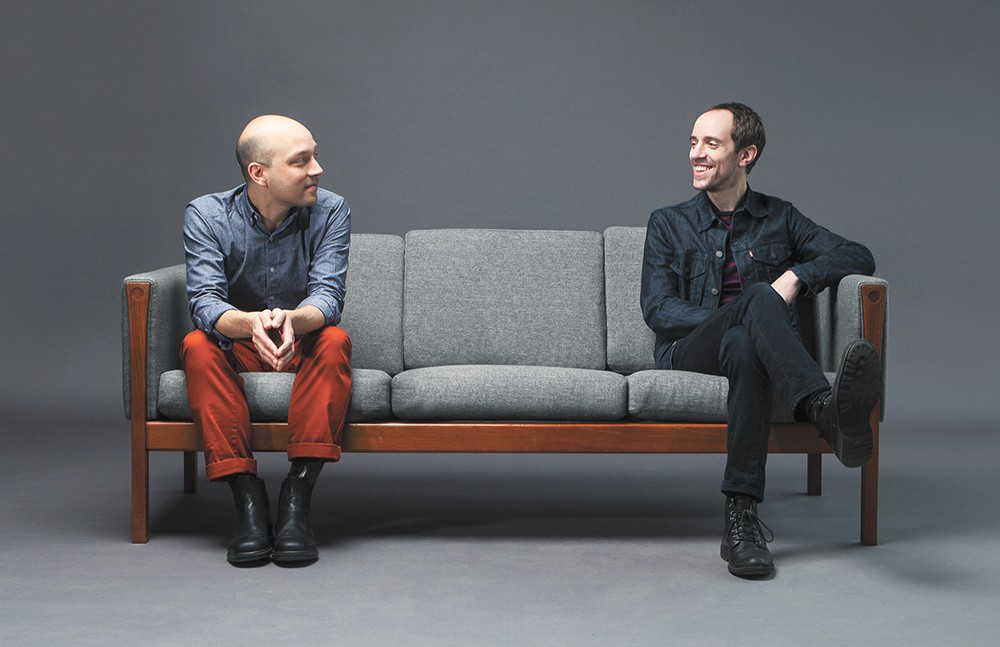 Catch them on Saturday, June 2, at the Washington Cracker Building.

Within Portland's ever-evolving music scene, the Helio Sequence is a constant, comforting presence. Formed in 1999, the duo — Brandon Summers (vocals/guitars) and Benjamin Weikel (drums/keys) — has released six albums of shimmering, shoegaze-y electro-pop-rock, each one a thoughtful and well-constructed step forward from its predecessor.

The band's sixth album (2015's The Helio Sequence) is its first and only self-titled effort so far, and with good reason: "When we looked at the process after pulling together the songs, we realized it was a lot about trusting ourselves, flowing with our creative instincts and being in the moment," Summers says via email. "Rather than make up some kind of fancy name for it like 'music for self-actualization' or 'reflections on sonic creation,' we figured The Helio Sequence would work well. Ha."

Here's more of our conversation with Summers, edited lightly for space and clarity.

VOLUME: For the last album, you recorded 26 songs and then distributed them to friends and family to have them vote on their favorite 10. Did you learn anything from that process that you may apply in the future?

BRANDON SUMMERS: Absolutely. Working quickly was an encouraging affirmation of trusting our instincts and at the same time resisting the urge to self-edit or stifle ideas before they've had the chance to grow into something. It's helped me to feel less precious about songwriting and less likely to stop myself if something isn't going exactly as I planned. It's tempered a lot of the doublethink. And going with the "first idea, best idea" approach has helped both of us to streamline our work, which is something we've had a difficult time with in the past and has led to us taking forever to make music. We've been doing lots of work recording and mixing other bands and composing for commercial projects and working quickly has been critical in keeping momentum and growing in those areas. We actually find ourselves liking deadlines these days!

Next year is 20 years of the Helio Sequence. What has been the driving philosophy behind the band?

The driving philosophy has always been evolution and change. Growing our sound along with our always-developing understanding and love of music.

In honor of the Volume festival, who played the loudest set you've ever seen?

It was one of the first years that we played SXSW (early 2000s?) and we were wandering around the streets of Austin when we heard a rumbling coming from a record store. Curious, we walked inside the door to see a huge stack of Marshalls turned up to 11 and our minds were blown when we realized it was J Mascis and his band in full glory doing an in-store performance. We watched the whole set in a state of blaring, blissed-out awe.

If the Helio Sequence was an animal, what animal would it be?

Definitely a Totoro Forest Spirit. Somewhat elusive and vaguely mystical, yet earthly and affable. Unpredictable and magical, yet always there for you when you need them. And we like naps, hugs and generally howling at the moon. ♦