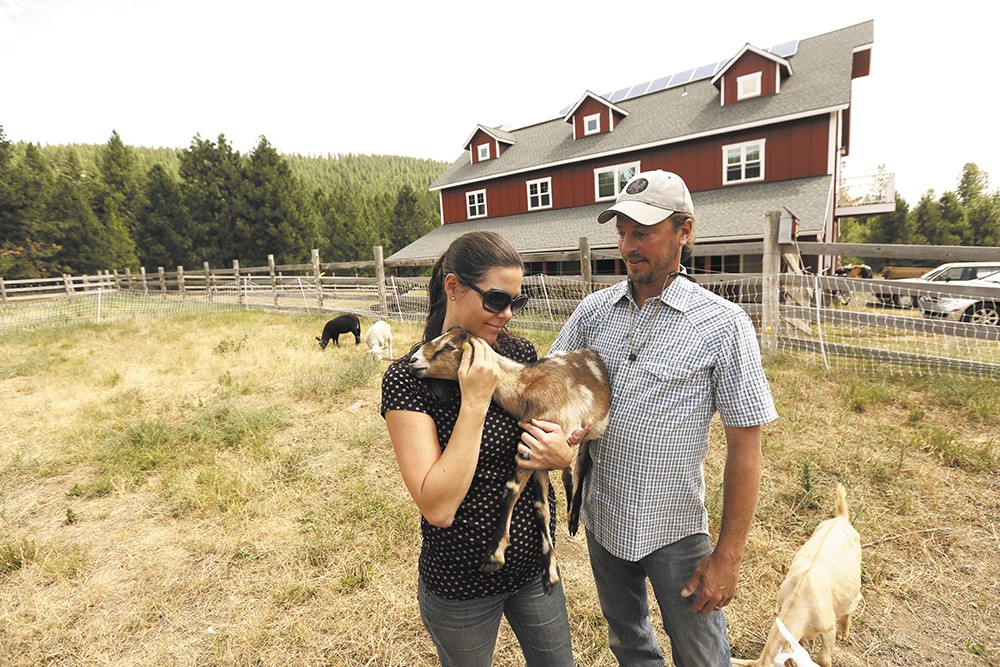 Whether it's eggs in the Kootenai omelet

or ground beef in their Shepherd's Pie, Garnet Cafe chef Joe Zornick can tell you where those ingredients come from: McLane Farms.

"Farm to table for me," says Zornick. "It's like Christmas Day every time I put an order in. It is incredibly awesome to be able to communicate with the farm and have them make certain cuts, or prep certain animals for specials coming up."

Zornick benefits from an unusually direct connection with the growers of his ingredients, as the owners of McLane farms also own the Garnet Cafe. Justin and Angeline McLane can assure Zornick, and cafe customers, that the produce, dairy, meat and other goods on the menu were personally raised on their farm outside Coeur d'Alene, and are pesticide-free, sustainable and high quality.

Since relocating to the area in 2006, the McLanes have expanded their farm to include cows, chickens, ducks, quail, sheep, goats, Berkshire pigs and a third of an acre of produce. In addition to supplying Garnet Cafe with ingredients, they sell some produce via their website and are in the midst of obtaining USDA Organic certification.

"Real food from real people-run farms, that are not heavily subsidized and do not use industrialized farming methods, is not as cheap," says Angeline McLane. "But we believe it is worth it."

It's a message McLane is passionate about, and she's found an ideal promotional vehicle in the Inland Northwest Food Network. "I love what she is doing," says McLane of INFNW director Teri McKenzie, "and her focus on local farmers and local foods, and on educating people on what that means."

McLane met McKenzie at an Earth Day fair last year. Later, when McKenzie was organizing a community event called "Know Your Farmer, Know Your Food," the McLanes were a natural choice as presenters.

"I'm a firm believer in the power of story," says McKenzie. "I thought it would be most effective to invite a group of farmers, ranchers, and producers to share their stories, thereby providing a glimpse into the realities of what it takes to bring us all our food."

For Paris Byrum of Byrum Family Farm, the experience was enjoyable and informative. "After the event, we were able to talk to people interested in carrying our chickens in a co-op in Washington state, and a young adult interested in growing chickens as a business himself," says Byrum, whose family grows pastured, non-GMO, vaccine- and antibiotic-free poultry on their Spirit Lake acreage.

"I think this is a particularly powerful way for the public to gain insight and appreciation into the lives of those who bring us our food," says McKenzie. "It is truly a labor of love, with long hours and oft-times grueling work. My sense was that a lot of people left the event with their eyes and minds wide open."

Planning for next year's event is progressing, says McKenzie, who knows now to prepare for larger crowds. This year's event, which included dinner, blossomed from 30 attendees to 130 and represented people of all ages and backgrounds.

"I love bringing people together who normally don't fraternize with one another," McKenzie says. "We need to do more of that, to remind us of our humanity and what unites us." 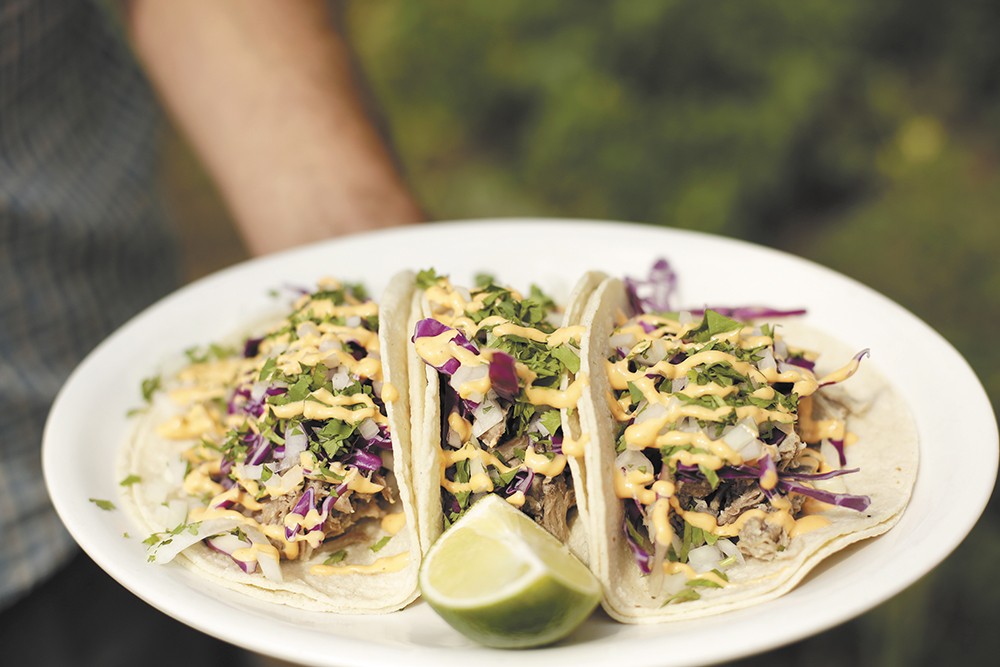 A fragrant blend of spices infuses this pork — cooked slowly to ensure tenderness. It should be prepared a day ahead to allow the meat to reabsorb the cooking juices. Garnet Cafe uses McLane Farms' 100 percent Berkshire pork for this meal that's big enough to feed a hungry crowd at a summer reunion or a football party.

(the alcohol will cook off)

Oil, such as canola

Combine first eight spices and rub them into pork shoulder until they're absorbed. Coat bottom of large pan with oil and heat to near smoking. Sear each side of the pork shoulder, 1-2 minutes each side. Remove from pan and set aside to rest. Chop onions and smash garlic. Put these in a roasting pan large enough to ensure meat isn't crowded and that there's room for liquid. It will need to be at least 6" deep. Add bay leaves, parsley stems and oregano to roasting pan. Place pork should in the pan, and fill pan half-way with beer and the rest with water, about a quarter inch from the top. Cover tightly with plastic wrap and then with foil. Place in a 250° oven for 4 1/2 hours.

Once cook time has elapsed, peel back covering and use metal tongs to tear the meat. If it tears easily then it's done; if it's difficult to tear, cover it up and cook for another 30 minutes, then check again. Repeat as needed. Once properly cooked, leave covered and let cool in the refrigerator overnight or at least 8 hours to enable juices to soak back into the meat. Shred just prior to serving.

Sriracha mixed with a little mayo

Assemble garnishes. You can adjust amounts to taste (or even add other vegetables, such as tomato or avocado). Heat small batches of pork in a skillet on medium heat. Heat tortillas in a separate pan, also medium heat (no oil). Fork a little warmed pork into a corn tortilla and garnish with yellow onion, cilantro and cabbage. To serve, squeeze lime over taco to taste and finish with a drizzle of the sriracha mayo. ♦