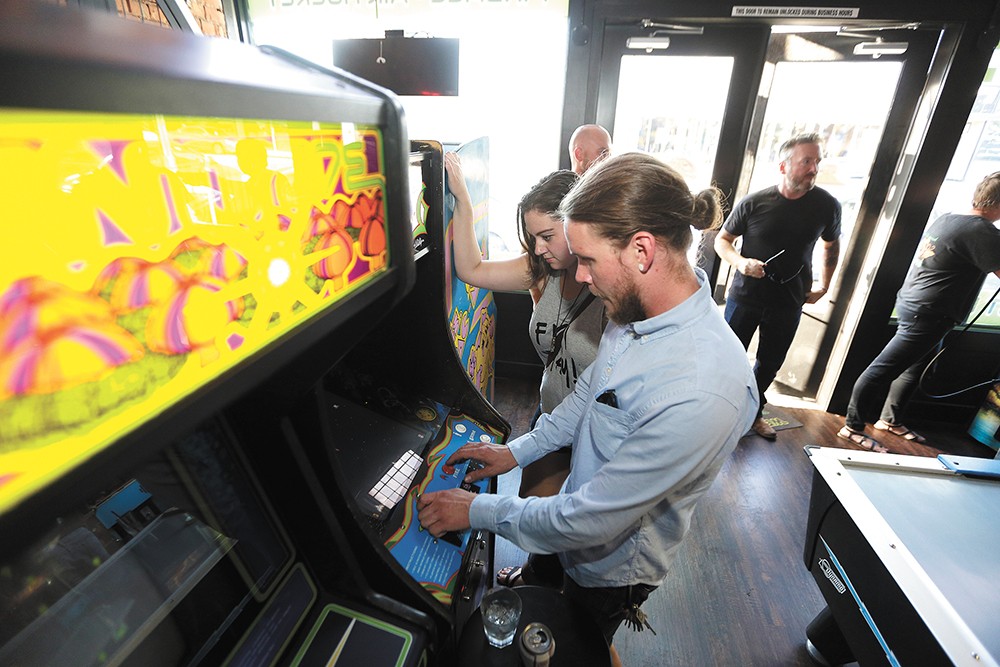 is partially perplexing. Sure, the boom in home console gaming came with several advantages: Paying for a game once, and booting it up whenever you want, is likely more convenient for the average consumer than gathering a pocketful of quarters any time you want to kill an alien or save a princess, and maybe the "comfort of your own home" aspect lets people get extra close to the screen and enables our more agoraphobic tendencies.

But there's nothing in this world like going to the arcade. As a gaming experience, it's wholly unfair to compare arcades to home gaming. And while arcades have existed in Spokane for decades, it recently became hard not to be a little jealous of surrounding cities with thriving local businesses offering not only premium machines, but the stiff drinks and good company that make them even better; "barcades," as the obvious pun goes.

Last summer, a family of business owners who are particularly good at picking up on downtown Spokane's entertainment blind spots decided it was time for a "barcade" of our own. Hot off of the success of their Spokane Comedy Club, Renee and Kevin Fandt, alongside their son Adam Norwest and his wife, Bree, opened Gamers Arcade Bar.

Gamers delivers on plenty of strengths. Namely, the medium-sized collection of games it boasts is consistently terrific, running the gamut from undying relics to beautiful hidden gems. Classics that you would expect, like Asteroids, Centipede and Ms. Pac-Man, feel right at home next to early-'90s classics like Street Fighter II and Mortal Kombat 3, in turn keeping good company with cult favorites like four-player gems The Simpsons and Gauntlet: Dark Legacy.

Top that all off with a cheeky, video-game-themed drink menu, and Gamers ensures that no one has a free hand. Though you need to be 21 to reap the benefits of what Gamers has to offer, you'll never really stop being the kid who thinks Goro is a cheap character and a game isn't good unless it's impossibly difficult.