Ben Affleck directs and stars in Live by Night, but forgets to add some excitement 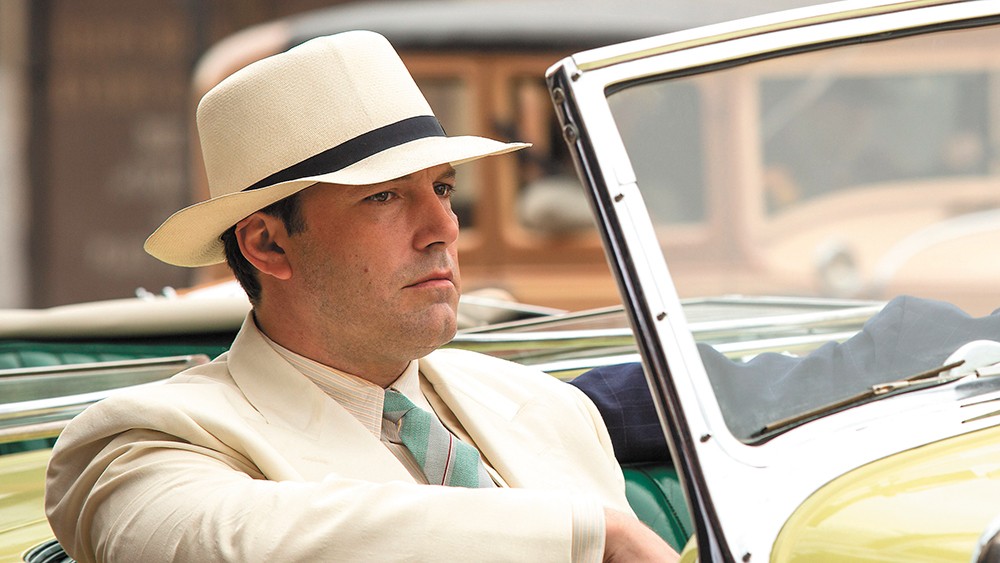 With his fourth film as director, Ben Affleck has finally produced a stinker.

Live by Night fails because it commits the cardinal sin of cinema: it's boring. Which isn't a thing that should ever be true about a movie with speakeasies and flappers and tommy guns and gangsters in Panama hats.

Joe Coughlin (Affleck, also starring) is making a good living in 1920s Boston as a bank robber, with no desire to get involved with the mob, but — whoops — here he is falling in with them under duress. Then he gets sent to Tampa to head up the booming business in illegal booze and swanky nightclubs. Then he's trying to start a legit casino, as a hedge for when Prohibition inevitably ends. Then he's walking along a beach at sunset just before the credits roll, waxing philosophical about the fruits of his allegedly hard-earned wisdom.

We never really understand what Joe thinks he has learned about life, the universe, and everything through it all, because that bald plot synopsis contains about as much engaging drama as the film itself. Live by Night feels like two hours of highlights from a 20-episode miniseries: there's a rich tapestry of complex characters driven by tangled motives, doing all sorts of morally complicated things, but it's only just barely hinted at. Sure, we get the cool car chases with period vehicles, which do look amazing. But all the dramatically significant action happens offscreen and then is referred to — if we're lucky — by people talking to one another, or perhaps in Joe's narration, which features throughout, telling us about all the really interesting and exciting stuff that has happened elsewhere.

Characters spring from nowhere, clearly consequential ones played by actors such as Brendan Gleeson and Anthony Michael Hall, then disappear again without having had any impact. That's even more infuriating when those characters are women, like the temperance preacher played by Elle Fanning or the gangster's moll played by Sienna Miller: they are treated as pawns in men's games when they're obviously playing their own games, but even their actions that are vital to the story and to Joe's journey are either sidelined or completely unaccounted for.

Affleck wrote the script, working from a novel by Dennis Lehane — as he did with his first film as director, Gone Baby Gone — and he just can't seem to wrangle his sprawling story into submission. Maybe he bit off more than he could chew by taking on so many jobs on the production, but that hasn't been a problem for him in the past. He does seem a bit miscast as Joe, if only physically: his too-modern Batman bulk isn't successfully hidden under boxy suits, and he just doesn't look the part.

But that would probably be OK if we understood Joe at all. How is he able to run his terrible business without cruelty? It sounds nice to hear him say that he does, but how does that actually work when you're supervising men who don't hesitate to kill? How does Joe inspire loyalty? How does he become a supposedly clever success in such a dangerous business realm? I'm sure that would all be fascinating stuff to discover. Maybe it'll get covered in the TV series. ♦

Live by Night is not showing in any theaters in the area.