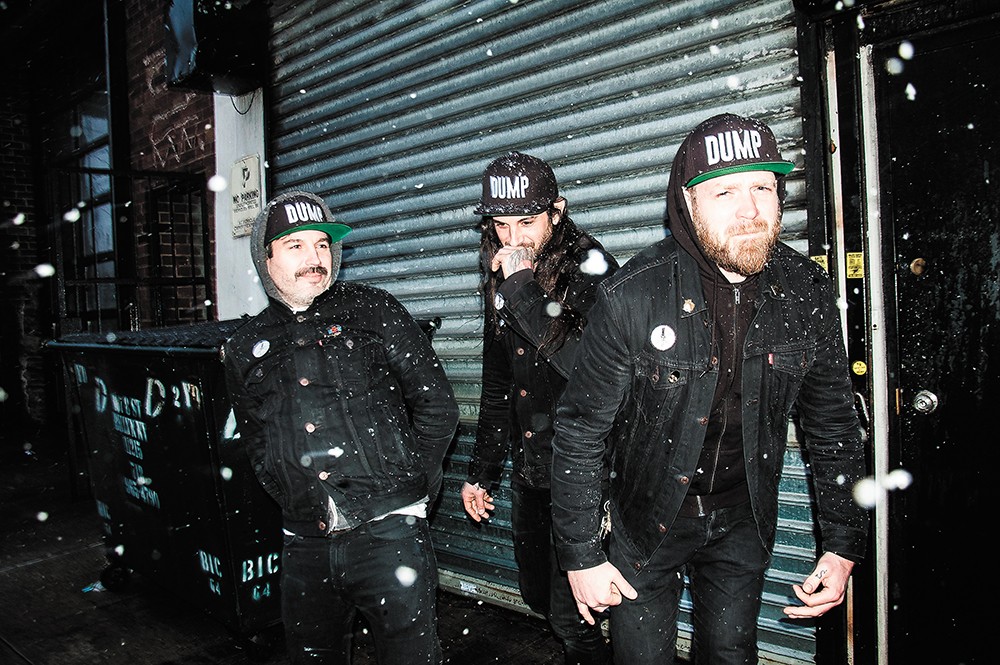 Pink Mexico was the solo recording project of Robert Preston before he met two dudes at a now-defunct bar in Brooklyn. As told by the band, here's precisely how it went down when Preston recruited drummer Grady Walker and bassist/rhythm guitarist Ian Everall: "About three years ago, we all put our hands in the middle and said 'Captain Planet,' or something," Preston says. "But none of us had rings on, so it didn't really make sense."

Since that fateful day, Pink Mexico has since signed to Burger Records based in Fullerton, California, completed several tours and played the South by Southwest Festival in Austin each of the past three years. Instrumentally, the band favors the reverb of SoCal surf-rock and the buzzsaw distortion of early Nirvana, with Preston's airy, psychedelic-tinged vocals floating somewhere up above. The seemingly disparate elements counterbalance each other and combine for a pleasing overall effect.

"It's kind of like a grunge Kenny Loggins sort of deal," Preston says of the band's sound. "I guess it has the danger of Kenny Loggins and sort of the fuzzy nature of the Big Muff [fuzzbox]." (What's dangerous about Kenny Loggins? The zone, of course — the "Danger Zone.") There are lots of abrasive noises, but also plenty of poppy, bouncy moments, such as the hand-clapping single "Forgetting Everything."

Pink Mexico is playing Spokane as part of a four-week tour across the U.S. Speaking to the Inlander from the road somewhere in Indiana, Preston says the band is rolling out some songs off their forthcoming album, which they're hoping to drop this fall. Whereas Preston played pretty much all of the instruments on Pink Mexico's first two records — pnik mxeico (2013) and Fool (2016) — all three members of the band had a part in the recording process this time around. Preston says nothing about his artistic vision was lost by taking a more collaborative approach.

"I wanted to avoid the creative compromise," he says. "In the past, it's been kind of disastrous, and I didn't really know how to work with people without losing the original idea. I ended up just doing it on my own. But I think if you find people who like what you like, writing together becomes enjoyable, and it's not so convoluted when everyone's on the same page."

"I was a fan of Pink Mexico first," Walker adds. "I want to uphold the standard, the essence of the band, because I'm a fan. It's easy, in a way, because we have certain parameters. You know what your thing is and you have less guesswork."

The band's garage-rock aesthetic might suggest that Preston is the sort of guitarist who geeks out over his tones, but really he just stumbled on an amp setting and stuck with it. "I just found a sound that works and it's kind of magical," he says. "I don't know how it happened."

Preston says the new album is a "dark, psychotic journey with moments of levity." Pink Mexico is adopting a bigger sound and steering the lyrical content "deeper into the mind, the psyche." True to the spirit of garage rock, Preston tends to run with whatever lyrics first come to mind.

"I don't really go back and change anything," he says. "If it doesn't work, I don't record the song. It's better left in the garbage bin." ♦