When it comes to variety,

even glorified meccas of one-stop shopping like malls and department stores have a hard time going toe-to-toe with the Garland District. This quaint commercial corridor offers a whole range of goods and services in a single 350-yard stretch of road. There's music (create your own or buy it ready-made), books, art, coffee, crafts, fashion, collectibles and plenty more — all from locally owned retailers. What better way to cater to everyone on your holiday shopping list while supporting Spokane's small business community? And when you're finished, you can grab a bite to eat at Ferguson's Diner and catch a discount movie at the district's eponymous cinema.

Here's a chance to make at least one Seahawks fan exceptionally happy this season: a framed pennant signed more than 30 years ago by the fledgling Seattle football team. It's undated, but Coolectibles owner Jim Mackenzie reckons the autographed lineup — which includes Jim Zorn, Dan Doornink and Steve Largent — puts it somewhere between 1979 and 1981. Should someone else snag it before you do, don't get too dispirited. The pennant is surrounded by tons of other rare sports memorabilia, including a hall-of-fame game jersey worn and signed by Largent himself. $199 • Coolectibles • 612 W. Garland

Sewing isn't exactly a lost art, but it seems like folks of all ages are rediscovering the fun and practical ways it offers to create, repurpose and mend. Yet a sewing machine — a decent one can run nearly a grand — is only part of the kit necessary to become a future Project Runway contestant. This "sewing essentials" bag comes in a sturdy tote with scissors, measuring tape, marking pens, needles, pincushions and other tools of the trade. If that's still not enough, for a little extra you can add a full-day workshop on sewing basics or custom-fit patterning. $150 • Top Stitch • 3808 N. Monroe 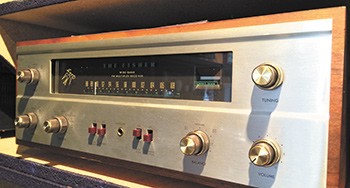 Often cited by aficionados as one of the finest FM receivers ever manufactured, the 1960s-era Fisher 400 is the ne plus ultra of vintage audiophile equipment. Over half a century ago, its brushed metal face and walnut veneer cabinet set the standard for hi-fi aesthetics. And when properly maintained or restored, its retro vacuum tubes produce a sound that does justice to your vinyl collection. Sticker shock? Though not prized quite as highly, some mid-range "silverface" components from the 1970s can be had for a fraction of the price. $900 • Groove Merchants • 905 W. Garland 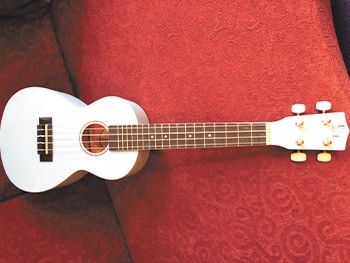 There's something oxymoronic about certain lines of mass-produced Christmas tree ornaments in nationwide chains being billed as "collectible." For an ornament that properly merits the term, look no further than the work of local artists, such as origami-style paper shapes by Patti Reiko Osebold or hand-painted ceramics by Virginia Carter. Small wonder why many savvy Spokanites have made an annual holiday tradition out of collecting and gifting these affordable, limited-run works of art. $10-$40 • Spokane Art School Gallery • 811 W. Garland

Chalk paint is often associated with antique furniture that's been restored in a distressed look, but it's good for so much more. With a 30-day cure period, it adheres to most anything — even old linoleum flooring — and provides a richly colored, durable coating with extremely low volatile organic compounds (or VOCs). What's more, it's easy to adjust the consistency or mix colors to produce a custom palette, making it ideal for crafters, painters and decorators both expert and neophyte. $38.95 • Artworks • 600 W. Garland

The volunteers of Blue Door Theatre are the irreverent ad-libbing upstarts of Spokane's acting community. From evening to evening their performances are the same in name only; everything else is left to their quick-witted interactions with the audience and each other. Tickets to one of their shows will easily fit in the smallest of stockings (and cost less than one), but they hold the promise of a night of fun, interactive entertainment. In January, Blue Door is running an audience participation game show format where you have to lose in order to win. With prizes, no less. $7 per ticket • Blue Door Theatre • 815 W. Garland

Gift certificates might be the last refuge of the indolent holiday shopper, but in this case they're perfectly legit. Wrapping up the Milk Bottle's delicious diner-style burgers and classic shakes and placing them under the tree causes them to lose some of their appeal. This way, recipients can stop in at this family-owned Spokane landmark at their leisure and choose from an entire menu of freshly prepared items featuring salads, wraps and sandwiches. Or they can buy one of the 16 flavors of housemade ice cream by the quart to take home. Price varies • Mary Lou's Milk Bottle • 802 W. Garland ♦