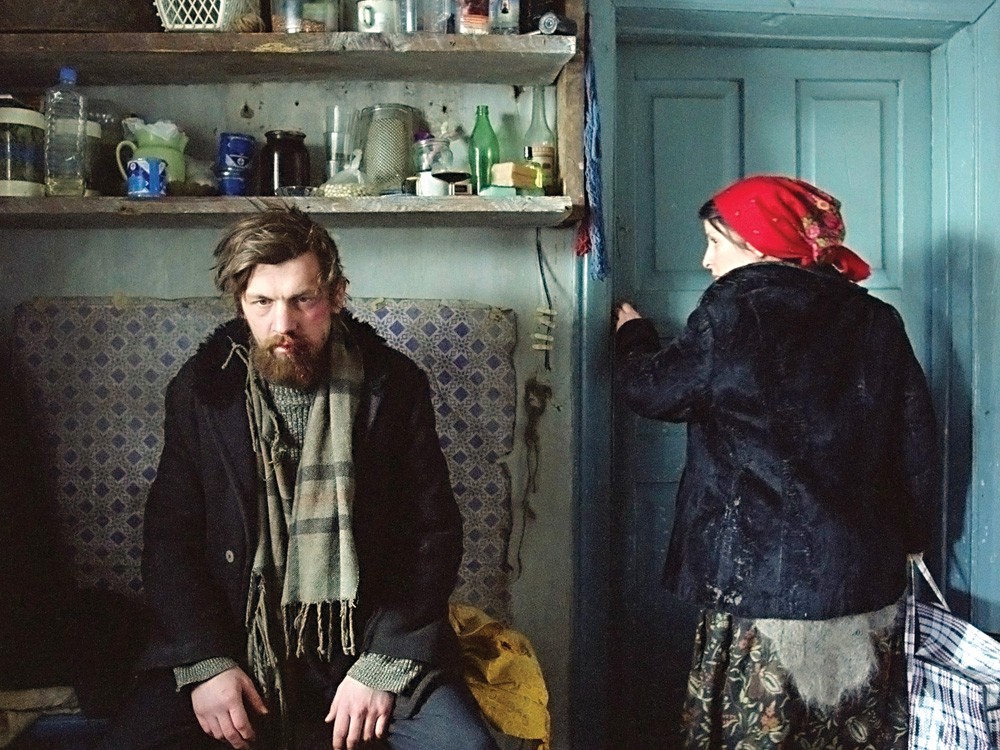 Georgy and the terrible, horrible, no good, very bad lifetime

My Joy has more bullets than words. Don’t get too excited, though. There aren’t that many bullets.

In the world of the film, the hinterlands of modern-day Russia are inhabited by human zombies — people whose lives are so hard they scarcely speak, seemingly to avoid bringing up how hard everything is. The cold of the land and life’s inertia have worked their way into their joints, and everyone moves as though frozen by them. The only time things happen quickly is when someone is shot or beaten — or beaten, then shot.

The film centers, obliquely, on a truck driver named Georgy. As the film opens, he happens upon a police checkpoint, gets hassled by crooked cops, and flees while they’re busy coercing a woman into sexual favors. He seems like a decent guy. He gives a teenage prostitute a ride home and money for food. (She is not grateful.)

Soon after, he takes a shortcut that sends him — and everyone around him — hurtling into a Slavic heart of darkness. It’s hard to feel for Georgy, though. He is not a character so much as a narrative device. He is a thread that allows director Sergei Loznitsa to weave a tapestry of hopelessness that spans decades.

Occasionally, when Georgy happens upon a scene of past horror, the film flashes back to the Soviet Union, just post-WWII, where things are mostly the same. Soldiers prey on each other. The poor toil until brigands kill them. One character posits that life might have been better under the Nazis. (This person is probably not Jewish.)

It is a beautiful film to view. Loznitsa’s cinematographer, Oleg Mutu, captures a great beauty in the stark, white minimalism of the Russian countryside. He did a similar trick in 2007’s, 4 Months, 3 Weeks and 2 Days, a film about abortion in an equally bleak Communist-era Romania. That film, though harrowing, had a moral agency about it that allowed for heartbreak and redemption amid the insanity. Loznitsa has chosen fatalism here, and thus cannot find in his characters the same heart Mutu finds in the scenery.

It is a fatalism that negates all hope. The film ends by circling back to the police checkpoint where it began. Lots of people circle Loznitsa’s Russia, but no one can muster the power — not with words or bludgeons or guns — to break loose of such a bleak orbit.