GET LIT!: Festival celebrates its 20th birthday with a massive lineup of authors, poets and events 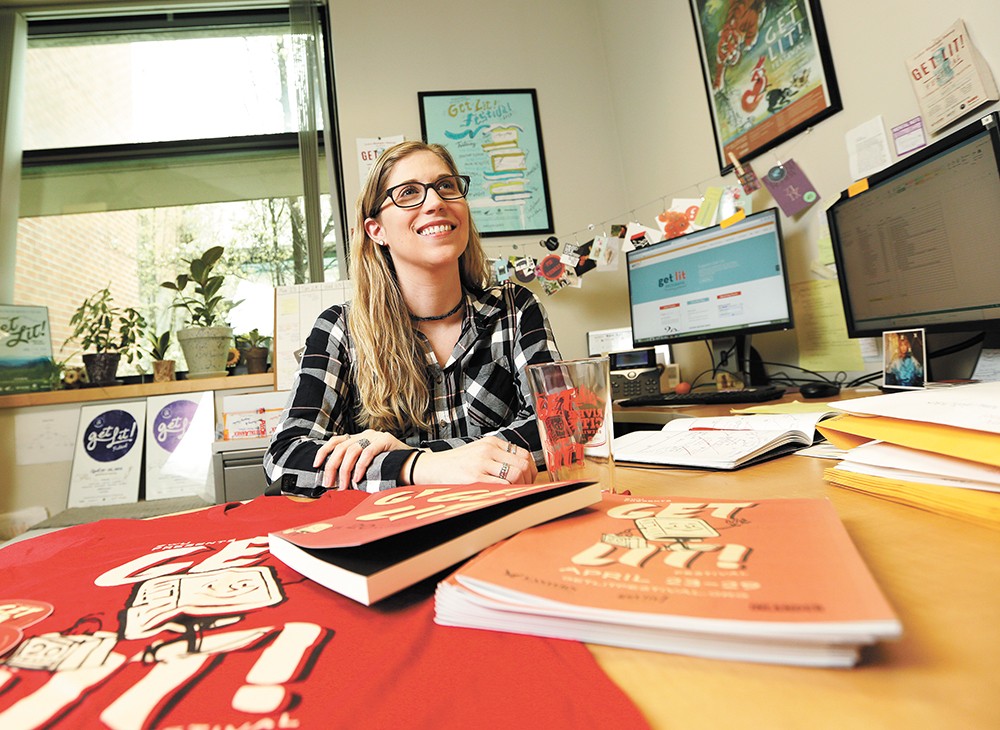 In her first full year as director of the Get Lit! literary festival, Kate Peterson thought it might be wise to cut back some. Then came the realization that 2018 marks the Eastern Washington University-led festival's 20th year.

"Originally I said to the dean, 'This festival is amazing, but sometimes we have so many things going on that it's hard for people to choose what to go to,'" Peterson recalls. "So I was actually hoping to make it a little smaller this year, but it's the anniversary. Everyone kept asking, 'What's new? What's happening?' So this year we have 50 events. I don't know all the history, but I'm sure this is the most we've ever done."

Among the slew of opportunities are plenty of the panel discussions and readings you've come to expect from Get Lit! Peterson is particularly excited about essayist and novelist Anne Lamott's discussion, as well as poet Maggie Smith and novelist Britt Bennett sharing a stage at the Poetry & Prose night. She also moved many events into the Montvale Event Center, where Get Lit! is taking over on Saturday, April 28, for classes, readings, a book bazaar and place to sip on some River City beer or DOMA coffee crafted for the festival.

"One of my missions for the festival was to have more diversity and more inclusion, and we tried really hard to have our lineup ... include as many voices as we could," Peterson says. "We have an award-winning queer women writers reading. We have a Writing Beyond the Binary panel with a younger generation of queer and nonbinary writers. We have an indigenous women writers panel."

In this week's issue, you'll see what Inlander writers consider some of the must-go events this year, as well as our interview with Lamott, vivid memories from former fest director Melissa Huggins, and some of our favorite writers reflecting on what Get Lit! means to them and to the Inland Northwest. Enjoy! ♦

To see the complete schedule for Get Lit! 2018, visit getlistfestival.org. The festival runs Monday, April 23, through Sunday, April 29, throughout the Inland Northwest.

Speaking of GET LIT!

A few of our most-anticipated events at the 2019 Get Lit! Festival