RiffTrax goes live again on Aug 15. Here are some their best flicks and riffs 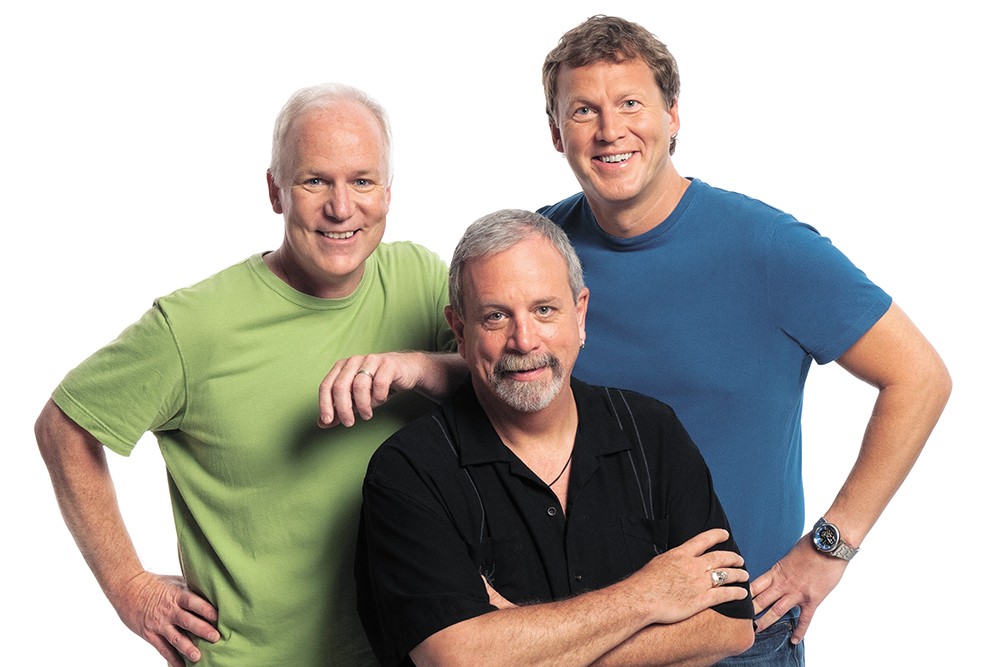 The original crew of the Satellite of Love is still kickin', and with age they've only gotten better.

Don't get me wrong. I'm happy Mystery Science Theater 3,000 got a reboot. But no one beats legendary movie riffers Mike Nelson, Kevin Murphy and Bill Corbett. As you may know, after MST3K ended, the original crew continued movie riffing with RiffTrax, and this summer they've come up with some real winners. Their next live show is The Giant Spider Invasion on Aug. 15, broadcast around the country.

Below are a few of my favorites from the OG riffers:

Deadly Prey (1987)
A suburban dude is kidnapped by a mercenary company in the dense jungles of the Los Angeles metro area (I know) so he can be used as bait for training. Unbeknownst to them, he's a deadly former mercenary himself. Spokane fans will be pleased to know that the Lilac City gets a shoutout in this riff.

Norman Gives a Speech (1989)
The producers of this short film want you to know that life... well... life is just goddamn miserable for one man in particular. His name is Norman Krasner. Nothing goes his way and everyone hates him, and rightly so. At least that's the main point I took from this film.

What gets riffed: The utter futility of mankind.

Replica (2005)
I almost feel bad laughing at this movie. This movie looks like it's comprised entirely of cutscenes from a PlayStation game. There's a lot of bad things about Replica, but the stiff, clumsy dialogue is the worst.

Retro Puppet Master (1999)
Greg Sestero of The Room fame "stars" in this Puppet Master origin story. A sorcerer bequeaths his powers to a young puppeteer. Mummies try to kill him. He must rescue a damsel in distress.

What gets riffed: Greg, "mummy magic."

Frankenstein Island (1981)
If you enjoy movies with multiple unrelated threads, nameless protagonists and zero plot, this is a movie for you. Hot-air balloonists crash land on an island populated by beautiful women. Also, Frankenstein is somehow involved?