he limits on large gatherings and the restrictions on food service have been a double whammy for local catering companies that relied on gatherings large and small. Spokane's Beacon Hill Catering and Events found itself retooling after last spring's graduation and wedding cancellations in anticipation of the summer event season, only to feel the whiplash of revised governmental restrictions in July.

That wiped out most of the industry for the year, says Beacon Hill's Ellie Aaro, who co-owns the 20-year-old company with her father, Pete Rayner.

What else could they do but regroup and soldier on? They looked to capitalize on their assets: a great reputation, full culinary capabilities and a flexible delivery system. If people weren't able to come to them, they'd bring their food to the people: Beacon at Home was born.

"The path of home meal delivery is unique yet familiar," says chef Ryan Jordan. "We're still producing the quality of cuisine that our existing client expects, but we're trying to expand our brand so that a new client base can experience Beacon Hill."

To an audience increasingly accustomed to online ordering and pickup/delivery, it was a win-win.

In the past, "the majority of our events have chosen their food in advance. And now it's almost like we're the client, creating a menu for an event that everyone is invited to, and it happens weekly!" says Jordan, executive chef since 2010. 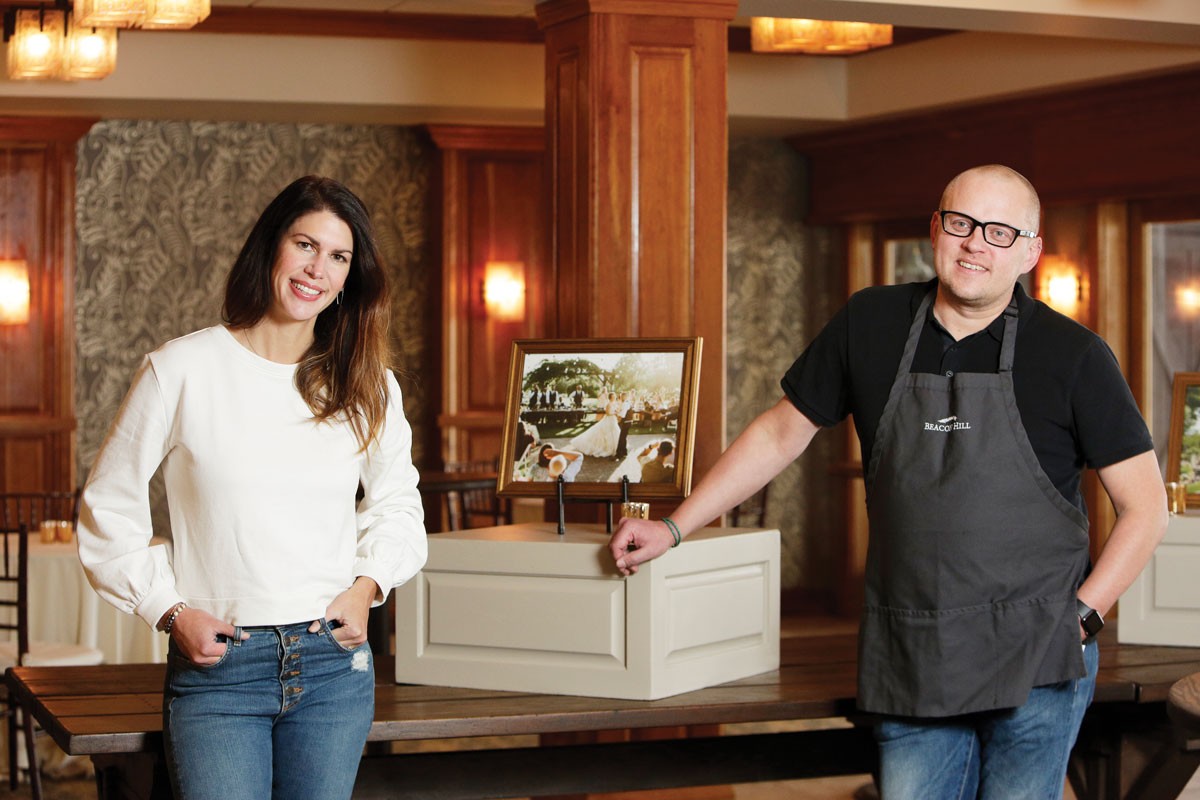 The weekly special serves four and is focused on gourmet cuisine, with an eye toward hearty fare. A recent menu included beef chili, romaine salad and maple cornbread muffins. Every order includes a yummy dessert (and yes, you can also order their legendary brownies separately because some days, you just need a little extra sweetness). Often menus feature gluten-free and vegetarian options.

In many ways, says Jordan, the pandemic has nudged them to rethink their model from occasional events to creating something people can look forward to weekly, ultimately growing the company's customer base.

Jordan's versatility is a prime example of Beacon Hill's ability to not only pivot, but to spot and nurture talent. He joined the company in 2006 as a bartender, then parlayed his customer service and management skills into a managerial role. When they needed more help in the kitchen, says Jordan, he transitioned to managing it, becoming chef de cuisine and, in 2010, executive chef.

"Having never cooked in a commercial kitchen before, there was a lot to learn, but I caught on quick," says Jordan. "For me personally, the 14-plus years that I have been with Beacon Hill has shown me that anything is possible with hard work, determination and a passion for your craft."