It's been years since you last saw Cousin Jed. He was living off the grid in a cabin in the mountains, but now he's back at this year's holiday party and, seemingly, more stable. What's that Cousin Jed? back to help fight a shadow government controlled by reptile creatures? Hillary Clinton is poisoning the air with chemtrails? Climate change is a Chinese hoax? "Wow! I didn't know that!" you exclaim, as you pour yourself another rum and eggnog, minus the eggnog. It burns down your throat as you consider what to get Cousin Jed for Christmas this year. But don't you sweat it. We got you covered

If you're going to overthrow the New World Order, you need to be warm and cozy. You also need a shit ton of pockets. For that reason, the first and most important item on this list is a military-surplus jacket. Yes, sir, every spirited freedom fighter needs to layer, especially this time of year. You have to be ready for evil to rear its ugly head at any moment — bonus points for being the most fashionable revolutionary on the compound. $50-$100 • Army Surplus • 2635 N. Division

The truth, as they say, is overrated. Why bother with reality when you can just affirm your own beliefs? In that spirit, I present Fake News, the board game. Similar to Cards Against Humanity, players come up with their own outrageous headlines based on news topics they draw from a deck of cards. For SENIOR CITIZENS' HEARING AIDS IMPLICATED IN WIRETAP CRISIS! $20 • Uncle's Games • 404 W. Main

They're making the frickin' frogs gay! Yes. Alex Jones knew it to be true. And even though the New World Order has managed to silence him online, his gospel can be consumed via male supplements. Fight the shadow government with Jones' Super Male Vitality! $35 • Available on Amazon.

Look. Maybe you don't have a ton of money to spend on Cousin Jed. Or maybe you're just really sick of his bullshit and would rather have some fun this season while also giving him a necessary and useful kitchen appliance that can double as a hat. Either way, this is an easy purchase at your local Rosauers. $10 • Rosauers ♦

Gift Guide: Your guide to giving a better gift in 2018

Gifts for Those Easily Offended 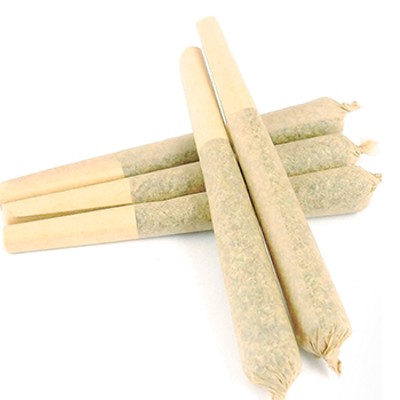 Gifts for People Who Have Everything

Gifts for The Family Bartender