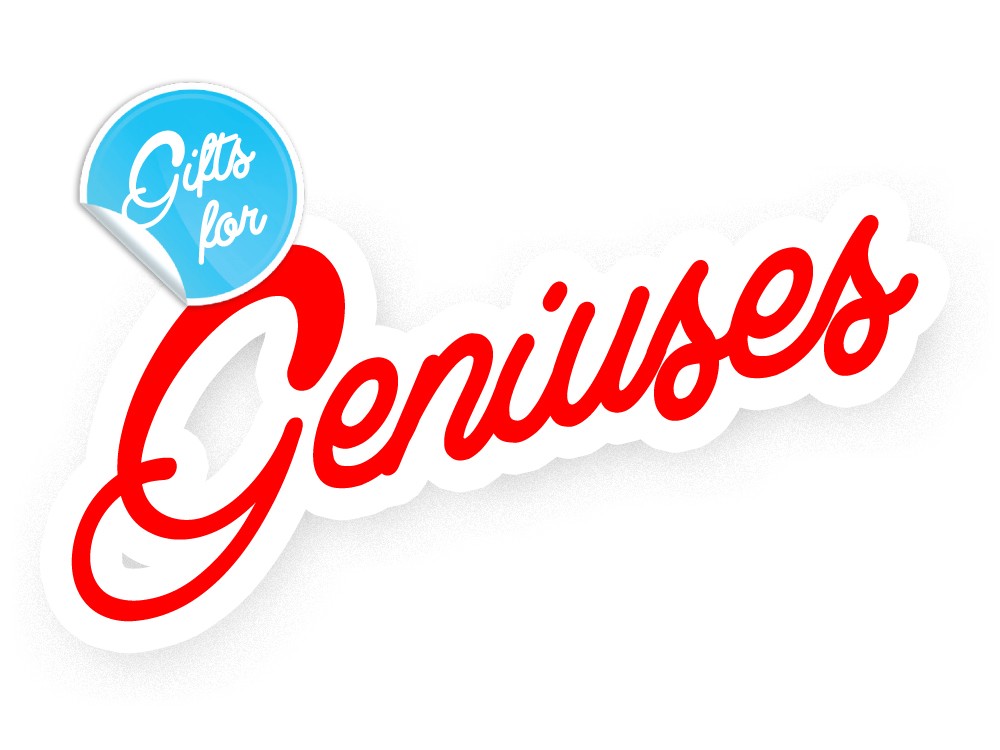 Geniuses are often construed as unshowered online role-playing engineers and Google employees. And in all fairness that’s probably not far off. But you can’t pass over the sharp-as-cheddar cultured types, nor can you ignore the sexy and fashionable women who function so high above us. This Christmas, find a gift for each kind of genius with our quick list.

There are certain things a nice soap can’t help with: world hunger, your in-laws, Monday morning deadlines. What it can help with, though, is hygiene and stress relief. Seeing as geniuses may not prioritize either of those things, give them a helping hand by handing them an aromatherapy body bar. That sounds stupid, I know. Give ‘em soap? But once a week, or month, as your genius is lathering up, they’ll stop, their oft-constricted airways will open and their minds will clear. Perhaps so much that they’ll solve that all-important equation they’ve been working on. And you’ll secretly be forever etched in technological history as the person who gifted the soap that cleared the head of the man or woman who invented inter-dimensional time travel. Damn you’re good.

A genius, particularly of the garden-variety engineering sort, runs on naught but caffeine and frozen pizza. So what better way to assist your genius than with a geeky utensil that will remind them of your love and patience every time the oven timer beeps? Shaped like the Greek letter symbolizing the mathematical constant, pi (3.14 etc.), the cutter is aesthetically accurate and useful!

An eight-issue-a-year magazine that covers all manner of mindblowing facts, Mental Floss will enlighten and enlarge the genius of your genius. With facts and articles catering to both the left- and right-brained among us, the whole spectrum of brainy interests is well covered, and in ways you may not expect. Ever wonder how much wood a woodchuck can chuck? Covered. Caught yourself wondering WTF string theory is? Done. Boom. Smarts.

Hey. Smart women aren’t trolls. They’re living, breathing, sexy storehouses of infinite knowledge. And you know what? Maybe they want people to know that. Maybe they want people to know that by looking at the crazy awesome leggings you bought them. With designs including Anne-Louis Girodet de Roussy-Trioson’s Ossian Receiving the Ghosts of the Fallen French Heroes. (Never heard of him? She has.) The lady will finally be the peacock display of female intellectual prowess she’s always wanted to be.