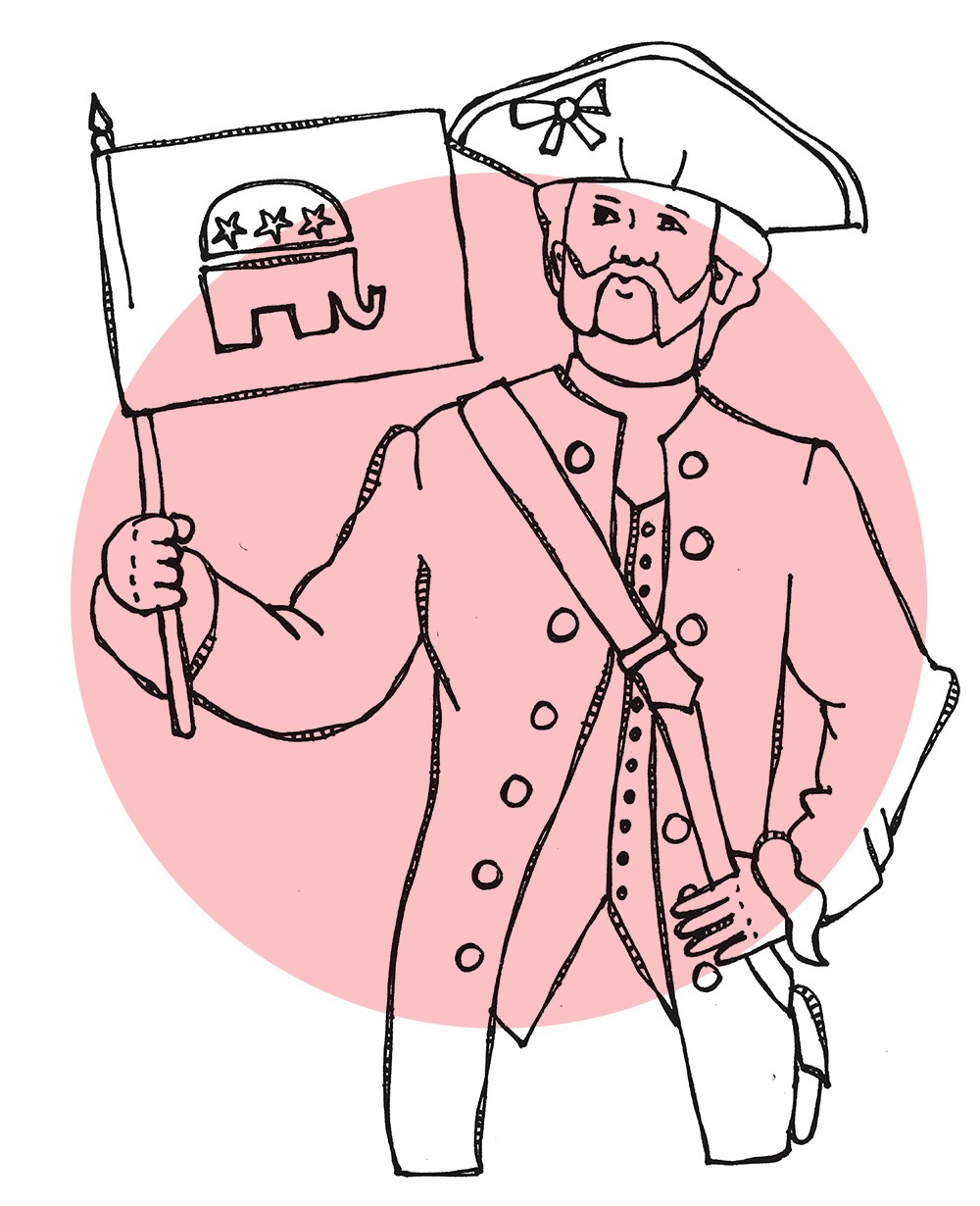 They're unabashedly patriotic, morally indignant, and full of conservative rage. Make the next three years more bearable for the small-government, anti-tax, big-on-religion rebel in your life with a very merry, all-American Christmas gift. (That's right, no "happy holidays" here).

They say there's no better way to support the troops than to smell like them. Or something. Either way, American Line colognes will leave your patriotic friend reeking of servicemen musk. These made-in-the-USA fragrances are inspired by each of the branches of the military. For example, "Liberty" pays homage to the Navy and, according to maker Parfumologie, is an "invigorating fragrance that knows no boundaries" and purportedly smells of "cool green leaf" and "hints of wood amber." Or perhaps he'd enjoy the masculine scent of "Stealth," a "confident blend of sage, bergamot and cedar" that "elicit[s] feelings of majestic woodlands and endless horizons." The best part? When you buy American Line cologne, a portion of the proceeds are donated to the Veterans Administration. $25 • Uncle Sam's Flag and Gift • NorthTown Mall, 4750 N. Division

He's read Ayn Rand's magnum opus half a dozen times. Objectivism describes his personal philosophy. He knows the answer to "Who is John Galt?" You could say he wears his love for laissez-faire capitalism on his sleeve, so why not emblazoned on his chest in a fitted T? Paired with subtly distressed denim, he'll be the best dressed guy at his next young conservatives meeting — other than the kid wearing a bow tie. $26 • Auntie's Bookstore • 402 W. Main

She packs heat everywhere she goes and wants to look stylish, with a Smith and Wesson locked and loaded on her hip. For a lady who exercises her Second Amendment rights, a Gun Tote'n Mamas leather handbag is the ultimate accessory. Both fashionable and functional, these durable purses contain a padded compartment to stow her firearm, which she can quickly unzip from three different angles. The shoulder straps are even slash-resistant and reinforced with wire. $75-$165 • Black Sheep Sporting Goods • 308 W. Seale Ave., Coeur d'Alene

He's an expert on the Federalist Papers, Austrian economics, United Nations conspiracies and Barack Obama's litany of crimes. But when he's not railing about the welfare state, Agenda 21, or Benghazi, he's passionately defending the U.S. Constitution. Since he already has a framed copy of the sacred document hanging somewhere in his house, what he needs is a pocket-sized version, so he can quote from the Bill of Rights verbatim and on the spot.