Giuliani pursued business in Ukraine while pushing for inquiries for Trump 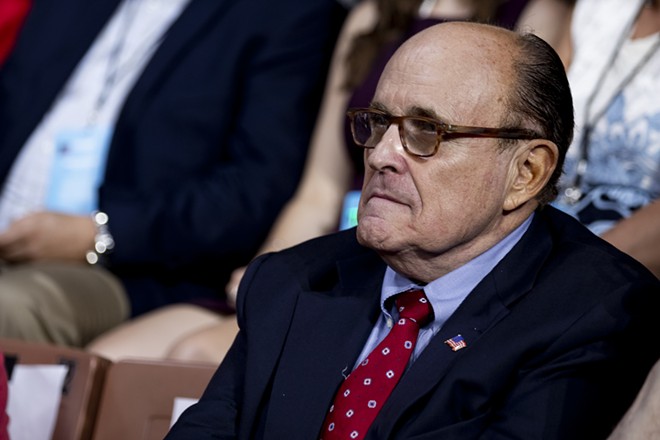 As Rudy Giuliani waged a public campaign this year to unearth damaging information in Ukraine about President Donald Trump’s political rivals, he privately pursued hundreds of thousands of dollars in business from Ukrainian government officials, documents reviewed by The New York Times show.

Giuliani, the president’s personal lawyer, has repeatedly said he has no business in Ukraine, and none of the deals were finalized. But the documents indicate that while he was pushing Trump’s agenda with Ukrainian officials eager for support from the United States, Giuliani also explored financial agreements with members of the same government.

His discussions with Ukrainian officials, including the country’s top prosecutor, who assisted him on the dirt-digging mission, proceeded far enough along that he signed at least one retainer agreement, on his company letterhead.

In an interview Wednesday, Giuliani played down the discussions. He said that a Ukrainian official approached him this year, seeking to hire him personally. Giuliani said he dismissed that suggestion but spent about a month considering a separate deal with the Ukrainian government. He then rejected that idea.

“I thought that would be too complicated,” Giuliani said. “I never received a penny.”

Giuliani’s shadow diplomacy campaign in Ukraine on behalf of the president is a central focus of the current House impeachment inquiry.

At the same time, a federal criminal investigation into Giuliani is examining his role in the campaign to oust Marie Yovanovitch, the U.S. ambassador to Ukraine, and scrutinizing any financial dealings he may have had with Ukrainian officials, according to people briefed on the matter.

Prosecutors and FBI agents in New York City are scrutinizing whether Giuliani was not just working for the president but also doing the bidding of Ukrainian officials who wanted the ambassador removed for their own reasons, the people said.

It is a federal crime to try to influence the U.S. government at the request or direction of a foreign government, politician or party without registering as a foreign agent. Giuliani did not register as one, he has said, because he was acting on behalf of his client, Trump, not Ukrainians.

Giuliani has not been accused of wrongdoing.

Spokesmen for the U.S. attorney in the Southern District of New York, Geoffrey S. Berman, whose prosecutors are handling the case, and the FBI declined to comment.