Washington State University plans to admit more international students to compete with top schools. But will that hurt in-state students? 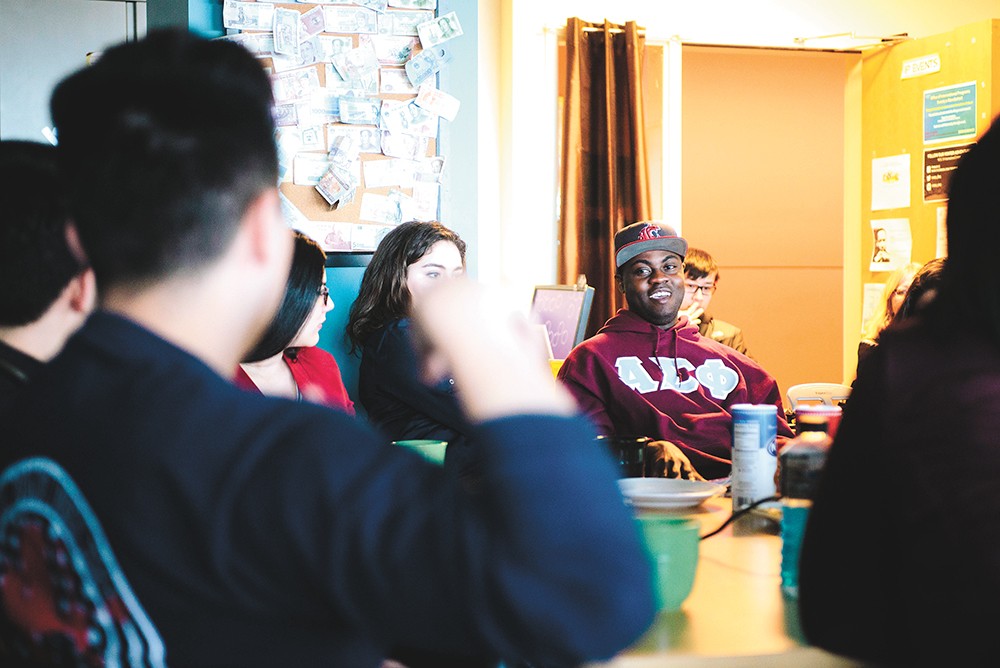 It's been said that in order to be successful,

one must learn from those who have already achieved success. Apparently, the same goes for Washington State University.

Under President Kirk Schulz, WSU is on a mission to become one of the nation's top 25 research universities by 2030, a goal that will likely require a university-wide transformation. But in establishing what the university needed to do to achieve that, Schulz noticed one trait WSU was lacking, one shared by those already on that list.

"It's important that we bring in more students [from] abroad to interact with our students here, socially," Schulz says. "Preparing students to be more culturally sensitive is really a key point."

To help with that, WSU entered into an agreement last month with INTO University Partnerships, a private, for-profit company that works with several other American universities to expand international student enrollment. For WSU, the goal is to eventually bring the percentage of international students up to 18 percent within 10 to 20 years.

Schulz says there's "nothing magical about the number." Rather, he sees it as a sort of barometer of a university's global reputation — the more international students, the better the reputation of the school across the world.

But the initiative raises eyebrows for some faculty members. While INTO University Partnerships has delivered on its promise of increasing international enrollment at other universities, it's not always seen as a good thing. With more international students, in-state students can suffer. Some professors report larger class sizes, lower classroom standards and a lack of integration with classmates for international students who struggle with English.

Administrators at WSU say those concerns will be addressed. But those promises have been made at other schools and don't always work out, like at Oregon State University, says Martin Erwig, a computer science professor at OSU.

OSU was the first university in the nation to work with INTO University Partnerships. But Erwig says if someone were to ask him if OSU should keep the INTO partnership, he would say no.

"I would vote for abandoning it," Erwig says. "I think it weakens the educational experience."

met incoming president Schulz last spring, they brainstormed how to bring WSU's diversity "on par" with that of other universities. By the time Schulz was settled in, Chaudhry says the idea took off, resulting in serious talks with INTO University Partnerships.

"For any university to be considered in the top whatever — one of the best universities — you have to have an appropriate level of diversity in the student body," Chaudhry says. "We want to graduate citizens who are true global citizens. This provides them that exposure." 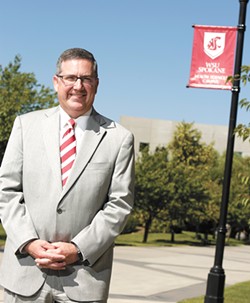 And it provides WSU with more money. Colleges are more reliant on revenue from tuition than they used to be, and WSU is no different. In 2006, tuition made up 19 percent of WSU's revenue. In 2015, it made up 29 percent.

That correlates with a rise in the number of international students at WSU by about 85 percent in the past decade, says Craig Lawson, communications coordinator for WSU International Programs.

Chaudhry, however, says revenue was "not part of the decision-making process," but he adds that it is "definitely a tangential benefit."

Some professors have concluded that this nationwide trend of gaining revenue from international students actually ends up costing in-state students. The University of Washington is in the top 10 for international-student enrollment. But Cliff Mass, a professor of atmospheric sciences, caused a stir when he emailed a list of UW professors to complain that international students weren't engaging in class, the Seattle Times reports.

"Let's face it: These are seats that could go to Washington state students," he said.

Chip Hunter, dean of WSU's Carson College of Business, says he had some initial concerns that international students would take away spots because the business program is already at capacity. But he was comforted after learning more. The university, he says, will be able to expand the capacity for programs by hiring more faculty with the money brought in from those international students.

"Will we truly be able to expand capacity so we can continue to teach effectively? Or are we being asked to do more with less?" Hunter says. "I'm confident that in the College of Business, we're set up to address that."

Since partnering with Oregon State University in 2008,

INTO University Partnerships says it has enabled OSU to hire an additional 250 tenure-track faculty.

Ben Brewster, an OSU computer science instructor, says he's impressed with the way that INTO has helped make international students feel at home. INTO helps students learn English until they are advanced enough to take degree-seeking classes, and Brewster says it's made a difference.

"It is so common that our classes are so diverse," Brewster says. "It's not even something you notice anymore."

He says class sizes are larger, while class standards are lower. And because the students don't speak English as well, they dominate office hours and make teaching more difficult. He calls the idea that in-state students will interact with international students and be more exposed to different cultures "nonsense."

Less of an emphasis, he argues, should be given to attracting international students.

"It corrupts the core mission of the university," says Erwig.

WSU says it used Oregon State University and Colorado State University as models for how the partnership could work out. Mostly, the university says it had positive effects at those schools. For everything else, there's a plan to make sure it doesn't happen at WSU.

For example, Chaudhry says the international students coming through the INTO partnership won't live in separate residence halls, or be segregated to one area. Instead, they will be dispersed through several residence halls. As far as class goes, Chaudhry says students will be in a "pathway" program that's supposed to make sure students are ready for other classes, similar to OSU. The plan is for there to be no issue with lower class standards.

"That is always a concern," Chaudhry says. "And we have deliberately thought about that to make sure it doesn't happen."

Schulz says it's likely some minor issues will arise with the INTO University Partnerships. But he says there's room to adjust. It is, after all, a long-term partnership.

"We want this to be positive for faculty, staff and our community," Schulz says. ♦