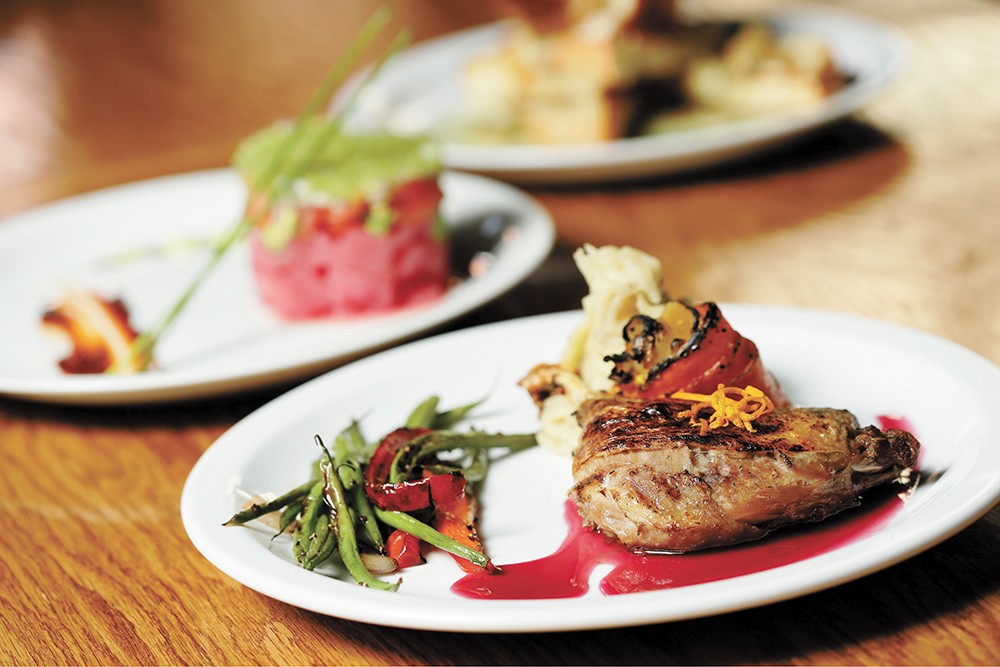 Being diagnosed with celiac disease in 2009 after struggling through some serious health issues was a tough hit. While it saved me from a future filled with the pain and agony I'd already been through, it inadvertently destroyed most of my personal life. Meals with friends and family were previously quite common, but my diagnosis brought that to an immediate halt. With the added fear of getting sick — and after actually getting sick a few times — I began avoiding eating at their homes, including on holidays. I felt lost, with no guidance for how to be "gluten-free."

Today, celiac disease, a genetically inherited condition, affects about 1 percent of Americans, or 3 million people. It's estimated that up to 80 percent of people who have celiac disease, which can present itself through a wide range of symptoms or none at all, are undiagnosed.

In 2017, I launched the Spokane Gluten Free Eats food blog after noticing a frequent question on social media: How can one eat gluten-free in Spokane?

The Spokane-Coeur d'Alene area now has some of the best restaurants whose owners and staff truly understand the needs of people living with celiac disease, including the crucially important need to avoid cross-contamination on cooking surfaces and utensils. Their continued support has helped make it possible for those of us with the disease or gluten intolerance to enjoy eating out again. Here's a sampling of what's available, so get out there and eat, explore and enjoy!

Cochinito offers handmade corn tortillas, savory twists on traditional recipes and vibrant fresca margaritas, making it a solid choice for gluten-free diners. For dedicated GF fried tortilla chips, call the kitchen ahead of your visit to order as they take longer to fry up. Favorite: 20-hour carne asada taco, $4.50 each

Twigs has one of the largest gluten-free menus in Spokane. From delicious flatbreads to colorful salads and even a gourmet crab mac 'n' cheese, you're sure to be satisfied with all that Twigs offers gluten-free folks. Favorite: Moroccan beef appetizer, $16

Wiley's popped up in Spokane's food scene in 2017. With an intimate environment supporting local artists and a menu that is mostly gluten-free, choices are easy here. Favorite: Duck confit, $26

Nestled next to the Spokane River, Le Peep gives its diners a marvelous view as well as an expansive gluten-free menu, whether it's breakfast or lunch you seek. Favorite: Turkey apple Brie melt, $12

With captivating panoramic lake views and exceptional service, Beverly's at the Coeur d'Alene Resort can prepare most of its menu offerings gluten-free, including warm rolls before dinner by request. Favorite: 6-ounce certified Angus beef filet mignon, $39

At Second Avenue Pizza, the owner and employees understand celiac disease and are incredibly supportive to the local GF crowd. The crust is made locally and is remarkably fluffy, which isn't common with gluten-free dough. Grab a gluten-free beer on tap. Favorite: The Carolyn Special, $16.95-$23.95

Find more resources from Spokane Gluten-free Eats at spokanegfeats.weebly.com and on Instagram @spokaneglutenfreeeats.

Aside from wine and cider, are there many gluten-free options for those who want a stiffer drink? Liquors like whiskey are made from grains such as wheat, rye, barley or corn, and all of those except corn contain gluten. Sometimes these spirits are made from triticale, a seemingly double-trouble hybrid of rye and wheat.

Here's the great news: "It is a misconception that distilled spirits contain gluten," explains Don Poffenroth, co-owner of Spokane's Dry Fly Distilling, Washington's first small-batch distillery and a popular source of whiskeys made from triticale and other local grains. "The key is distillation."

To relieve any concerns about its own products, Dry Fly reached out to celiac groups across the country after opening in 2007 and, after sharing their process, received certifications that their alcohols are gluten-free.

May is Celiac Awareness Month; use this guide to find tasty and safe local dining options for gluten-free food