The Lone Ranger, like its star, spends two and a half hours smirking at its own jokes 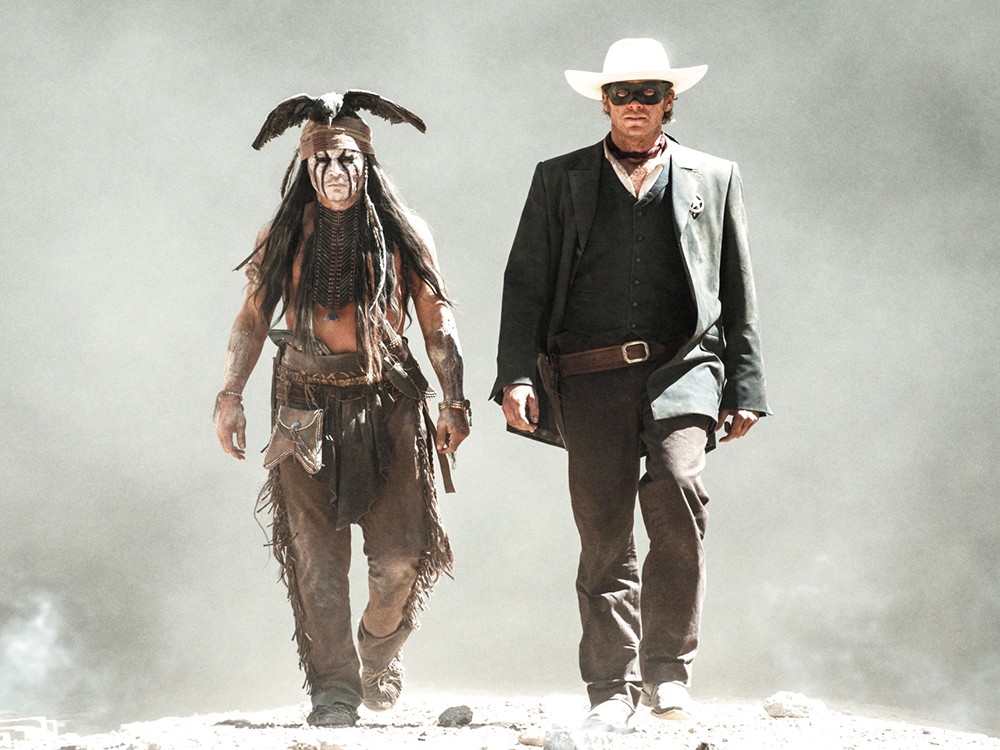 Oh, Johnny Depp: He had us in the palm of his hand. We hard-core movie buffs loved what he represented. Here was a too-pretty-to-be-true movie star who, instead of gravitating towards safe choices, built an entire career out of hiding his face behind funky make-up and facial hair. Even once he became the centerpiece of a blockbuster franchise, with Pirates of the Caribbean, it was in a role that it’s hard to imagine any other star would touch, let alone play the way he played it.

But of late — from Alice in Wonderland to The Rum Diary — he’s grown too locked into his own love affair with eccentricity. And while there are plenty of other things wrong with The Lone Ranger, his performance here may be the most consistently grating thing in it, and the key to why it’s such a miserable experience.

He’s even part of the misguided framing structure set in 1933 San Francisco, in which a wizened old Tonto (Depp) tells a young boy the story of how he came to know John Reid (Armie Hammer) in 1869 Texas. A dandyish district attorney, Reid has come to the small railroad town where his brother Dan (James Badge Dale) is a Texas Ranger, now married to John’s childhood sweetheart, Rebecca (Ruth Wilson). But when a cruel killer named Butch Cavendish (William Fichtner) escapes from custody, Dan and John join a posse in pursuit — and the result will turn John and Tonto into uncomfortable partners, and find John wearing a black mask, and riding a white horse.

The Lone Ranger marks the latest collaboration between Depp and director Gore Verbinski — who oversaw the first three Pirates films as well as the funky animated Western Rango — and it’s hard not to feel a certain desperation as they try to re-capture comic-adventure lightning in a bottle. For several precious minutes near the conclusion, they even succeed, as the finale finds two trains weaving back and forth in proximity for a rousing bunch of meticulously-choreographed shoot-’em-up that will be coming soon to a Disney theme park near you.

Unfortunately, that climactic set-piece comes at the conclusion of 149 minutes of complete nonsense. Verbinski and his team of screenwriters clearly set out to take absolutely nothing seriously, presuming (perhaps appropriately) that a straightforward heroic take on the iconic character would be too square for 2013 audiences. The script keeps making gestures at caring about character-building, but none of it is really worth caring about — not the relationship between John and Dan, not whatever it was that once separated John and Rebecca, not whatever it was that turned John into John Locke-reading straight-arrow who avoids guns, not the tragedy that drives Tonto. It’s just stuff that’s filling time — and that’s one thing this contraption clearly does not need.

And then there’s Depp, whose portrayal of Tonto would be an insult to cinema no matter what you think about a white guy playing a Comanche. It’s a part that consists of nothing but smart-ass remarks about his new partner and bug-eyed reaction takes, and Verbinski resists exactly zero opportunities to cut away to those reaction takes just to make sure we understand the zaniness of everything we’re seeing. Positing Tonto as an addled, dead-bird-feeding post-traumatic stress case feels like nothing but an excuse to let Depp do any ridiculous thing he wants with the character, and as a result he’s nothing but a collection of anachronistic punch lines and twitchy mannerisms.

So why is The Lone Ranger such a catastrophe, when at least some of the Pirates films made a nearly identical formula work? Because in those films, Jack Sparrow was reacting to ghost ships and sea monsters; the faint hand-waving here to the idea that The Lone Ranger actually has some sort of mystical abilities doesn’t fill the same need for an out-of-this-world counterpoint. Tonto isn’t a delivery system for broad mugging and wisecracks because it makes sense, but because that’s all Johnny Depp seems capable of investing in a character any more.

The Lone Ranger may be loud, chaotic and fundamentally inconsequential, but that’s true of plenty of summer movies. This one, like Depp’s performance, seems convinced that it’s actually delightfully insouciant, rather than something that’s smirking for two and a half hours at its own jokes.