In He Named Me Malala, inspiration trumps substance 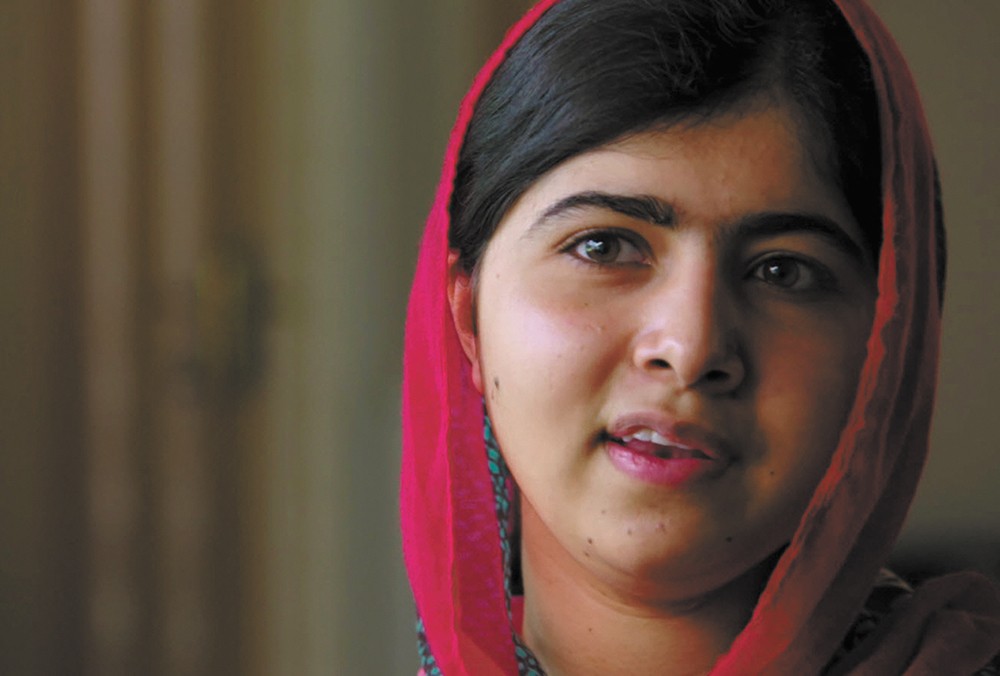 He Named Me Malala is more marketing tool than true documentary.

the Pakistani teen who survived being shot in the head by the Taliban three years ago for espousing education for girls. The youngest person to ever receive the Nobel Peace Prize, Yousafzai is an international icon who now makes her home in England with her family.

Sadly, this documentary by Davis Guggenheim, director of the Oscar-winning An Inconvenient Truth, is as superfluous as they come. He Named Me Malala repeats the well-known facts of Yousafzai's history and offers little insight into the now-18-year-old teenager who exists behind the icon. Uplift is the film's only goal.

Frustratingly, Guggenheim skirts numerous opportunities to dig more deeply into Yousafzai's life. The documentary is most interesting when we see Yousafzai at home with her parents and brothers, rather than when she's speaking to the dignitaries or traveling to other continents in support of girls' education. At home, we see her mooning over handsome cricket stars and practicing her hand at card tricks, while her two brothers steal the screen whenever the camera focuses on them. What is it like to be an inspirational international figure at such a tender age? And what of her relationship with her father, who named her Malala, itself a name taken from ancient lore? Though devoted to his daughter and endlessly supportive, her father seems to be fulfilling some of his dreams. Then there's her mother, who seems more conservative than the rest of the family and has a harder time adjusting to life in exile. How does that female role model factor into her daughter's life?

The inclusion of more unguarded moments would make He Named Me Malala appear to be more of a documentary profile than a marketing tool. Certainly, marketing the insidious idea of equal education for girls throughout the world is an essential and worthy objective, especially when an emblematic, iconic figure such as Yousafzai is at the ready. Just don't come to this documentary expecting to learn more about the girl named Malala. ♦

He Named Me Malala is not showing in any theaters in the area.