How to get into the best parties and which play was too hot for campus.

The realization hit me harder than a lacrosse-team hangover. The face with no neck, the hand with no body, the Bing with no pipe — I was in Zags territory now. Where athletic gods bestride the quad like Colossi, where silver-tongued orators spew out jabber like a wood chipper spews out of flesh and bone.

Their mighty city had but one weakness. The whole grand enterprise could come crumbling down at the whisper of a single word: “Vagina."

THE CITY BECKONS
It is possible to spend your entire academic career floating cozily in the amniotic fluid of the Gonzaga womb, never venturing into the city. These are precisely the sort of students who, eternally ensconced in their dorm room, whines that Spokane is “boring.” Don’t be them. Concerts, coffeehouses, art galleries and poetry readings all lie a few bike-pedal pumps away from campus. If only there were some free alt-weekly publication that detailed what grand entertainment options await weekly in downtown Spokane …

THE DANGEROUS PLAY
As a campus, Gonzaga regularly engages with controversial philosophical, religious and sexual ideas. But for all its academic freedom, Gonzaga has specifically banned the performance of the controversial play The Vagina Monologues on campus. Twice. Eight years apart. (By contrast, Whitworth University, also a Christian college, allowed the same play on their campus. Twice.)

MEET THE NEW BOSS
Banning The Vagina Monologues is one way that the new president, Thayne McCulloh, is similar to his predecessor Robert Spitzer. The big difference: For the first time, Gonzaga has a president who isn’t Jesuit. For a year, Gonzaga searched for a suitable Jesuit replacement, but with the dwindling numbers of Jesuits, none was found. The Jesuit-president bylaw was temporarily suspended, and McCulloh was appointed.

THE LONG BLUE LINE
Don’t be frightened by the tent cities that pop up on game day’s eve. You can get student tickets for most games without camping out the night before. But why would you? Camping’s half the fun of the Gonzaga basketball experience. It’s like a massive, basketball-loving slumber party.

PARTY WISELY, DUDE
So you want to get into the Gonzaga party scene? Make friends with upperclassmen. Join intramurals. Go to the club fair and put your name on anything that sounds vaguely interesting. (Heck, do that anyway.) That’s how you get invitations to one of Gonzaga’s famous Logan neighborhood house parties. And don’t be stupid and try to have a party with alcohol in your dorm. You’ll get in trouble, and it’s a bit pathetic.

HEAD YONDER
The university ministry retreats aren’t just for the holy. They aren’t just some religious outing. They’re a great escape from the campus doldrums, whatever your beliefs. Any Gonzaga-sponsored outdoor trip is worth attending.

SUMMON ALLIES HERE
Sure. The Crosby Student Center is nice. But downtown should become your real destination. The Saranac, the Magic Lantern, the Empyrean and Isabella’s should all become regular hangouts for a Gonzaga student.

POWER UP HERE
New to the Gonzaga cafeteria world is Iggy’s Pizza Pie, which delivers directly to students, and Panda Express. But don’t become just another cog of the COG. Head to the Ultimate Bagel shopping center area. Sample the calzones at Pete’s Pizza. For coffee, skip Starbucks for Sharpe’s Coffee House on Hamilton. Venture out further. Go to Donut Parade early in the morning, or eat at Le’s Teriyaki in the evening.

FORTRESSES OF SOLITUDE
Sink deep within a law library study room if you don’t want to be disturbed or bike to the Rockwood Bakery near Manito. Or, when the weather is nice, lounge along Lake Arthur.

SECRET PARKING PLACE
It all depends on where your classes are. The diagonal parking spots near St. Aloysius usually tend to be a bit less packed. Let’s say you don’t want to sink the cash on a student parking pass; your best bet is to park along Sharpe. Or, you know, bike.

Save the College, Save the World

Tuition on a Rampage

The University of Idaho 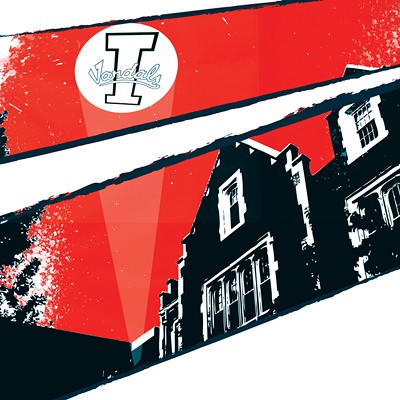 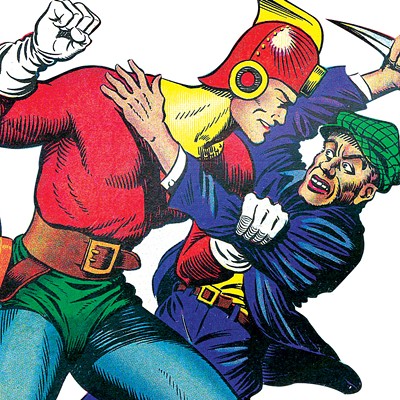 The Heroes and Villains of College

By Daniel Walters and Blair Tellers

Meanwhile, Deep in the Jungles of South America