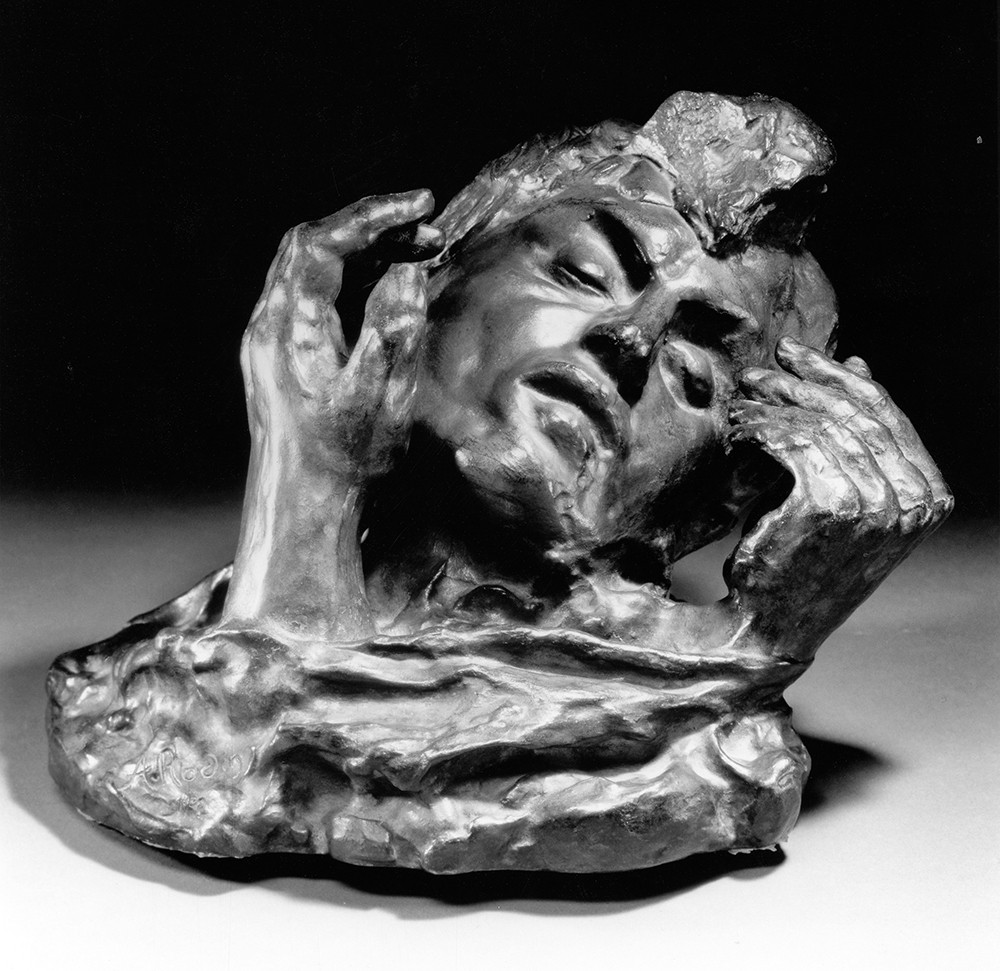 Iris and B. Gerald Cantor Foundation
Rodin's Head of Shade with Two Hands

There's an alternate history in which we never hear of Auguste Rodin, the man widely considered at the very least the second-best sculptor in history, depending on what you think of ol' Michelangelo.

Rodin's path to artistic immortality is filled with obstacles that could have waylaid the Frenchman and kept us from ever seeing classic works like The Thinker, The Kiss, The Age of Bronze or The Gates of Hell, his stunning visual adaptation of Dante's Inferno.

Rodin — the subject of a showcase of 25 bronzes opening Friday at Gonzaga's Jundt Art Museum — never went to a fancy art school. He was a working class kid whose entry into the art world came after years working as a simple craftsman, making roof decorations and door ornaments. To gain entry to the Paris art scene, he had to enter competitions and bid for public art commissions.

Had Rodin not won a few of those contests and commissions, he might have remained an overly skilled door-knocker constructionist instead of becoming a legend worthy of the kind of spotlight the Jundt is giving him with the show Rodin: Truth Form Life/Selections from the Iris and B. Gerald Cantor Collections.

"Rodin as a sculptor becomes a major personality in Paris at the end of the 19th century and beginning of the 20th century, when Paris has become the center of the art world for the West," explains Paul Manoguerra, Jundt director and curator.

Winning some of those public commissions helped build Rodin's fame, Manoguerra says, because his work wasn't being squirreled away in some private collection, but put where the public could see them every day. "For example, a monument to the author Victor Hugo, which then becomes a monument on the street in Paris for everyone to see, some of his popularity was tied to that." 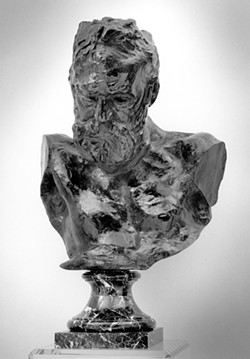 Rodin also had a knack for self-promotion, presenting himself as the classic "modern artist" and self-made individualist, Manoguerra says, despite the fact he was never a "true outsider" like Vincent Van Gogh.

Rodin's talent for marketing and luck in living at the epicenter of the art world at just the right time should take nothing away from his incredible skill and pioneering approach to sculpture. Even though many of his works were done as paid commissions, Rodin fought to make his pieces look realistic and natural to the way his subjects really looked, rather than take on an overblown, mythological appearance that most patrons preferred at the time. A work like The Burghers of Calais has Rodin crafting figures who were prisoners rather than noblemen, and he sculpted the piece on the ground rather than an elevated height, so the audience would view it at their own level.

In pushing that envelope, Rodin opened the doors for sculptors who followed to go further. Rodin was emotional and imaginative in a way no one had seen before, but we've rarely seen sculptures since that don't evoke him in some way.

The Jundt show includes 25 Rodin bronzes total, including three from the museum's permanent collection and 22 from a traveling exhibition organized by the Iris and B. Gerald Cantor Foundation.

Judith Sobol, curator for the foundation, says the exhibition will continue on to seven different museums over the next three years, and the Jundt show is acting as the guinea pig in making sure the pieces get the appropriate treatment.

"Judy has come up with the themes of the exhibition, and my goal is simply to translate the sculptures and themes so they make sense in this space," Manoguerra says. "Hopefully we've done that." ♦

The original print version of this article was headlined "Monuments Man"