Gonzaga's women have unfinished business in the NCAA tournament, and a strong bench will help 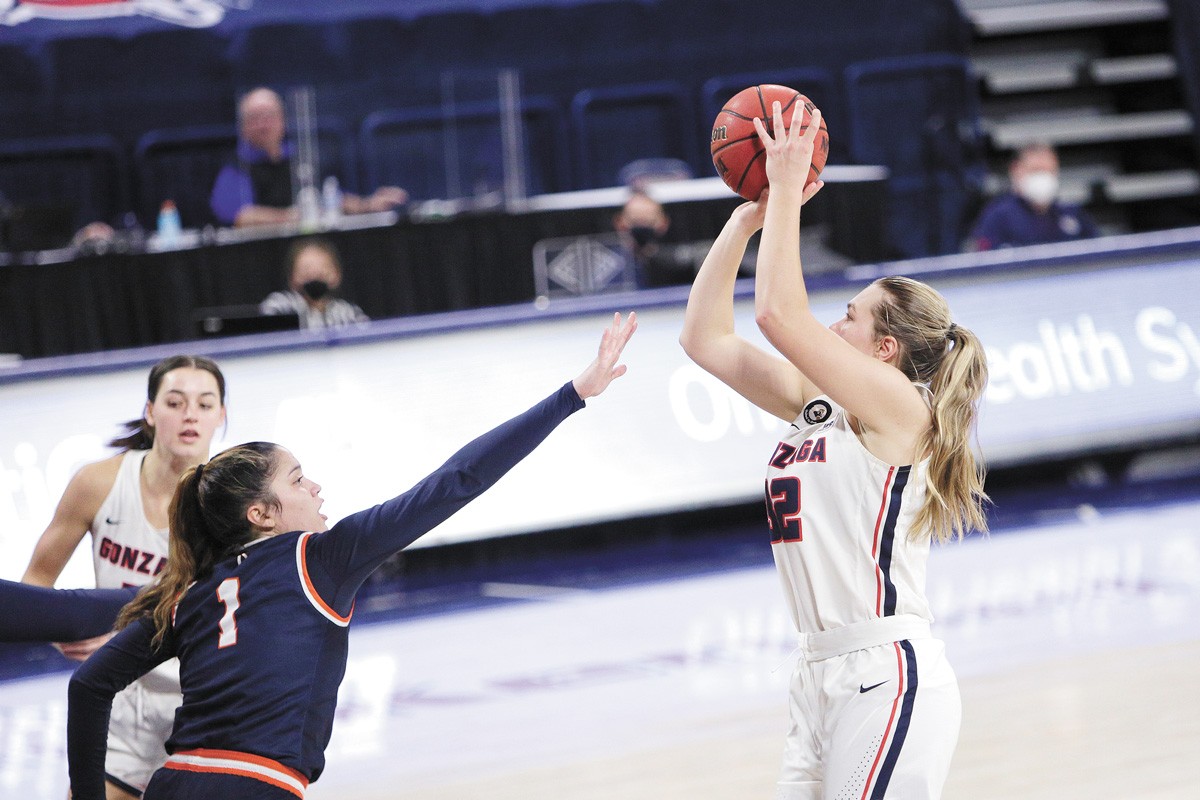 Last year, Gonzaga's women's team climbed higher in the rankings than ever before, reaching No. 11 in the AP Poll by late February. This program long ago dispelled any notion that it might just be a flash in the pan. It's been a consistent winner, and NCAA Tournament participant, for well over a decade.

In the extremely top-heavy world of women's college basketball, though, could the Zags continue to rise? Any doubts about that were quashed in the first game of the season.

Gonzaga opened the year ranked No. 21 in the AP Poll and had to face off against No. 1-ranked South Carolina, a powerhouse of the sport. The Zags fell short in the end, 75-72, but hung with the Gamecocks throughout, and even managed to snag a few leads late in the game. This year's team looked as tough as ever. More importantly, they're deep.

"The depth is something that's just continued to grow," head coach Lisa Fortier says. "The size of the difference between player number two and player number 12 has gotten smaller. We have a lot of really good players on our team."

The Zags rode that depth to a 23-3 record and WCC regular season title, but it was most obvious in the WCC Tournament championship game against BYU after a handful of players came down with food poisoning the night before. With three usual starters stuck on the bench due to illness, the Zags got big performances from their reserves, staged an epic comeback and won at the buzzer.

"We're able to outlast teams sometimes because if they have a player with an injury or having an off day, for us we can find someone else who can go. Not everybody else can do that. I think that's one of the best things we have going for us," Fortier said, more than a week before that game against BYU.

Beyond the depth though, this team has another critical element: senior leadership.

Those three seniors have helped put together yet another successful season for the team, despite it being one of the toughest years in memory.

Washington State's women took serious strides in 2020-21 under coach Kamie Ethridge. Anyone paying attention saw a team play hotly contested games against Top 10 teams. Still, a 12-11 record at season's end had them firmly on the tournament bubble until the Cougs heard their name called as a No. 9 seed, their first trip to March Madness in 30 years. They'll play 8-seed South Florida at 6:30 pm Sunday.

Now, they'll look to do an even better job in the NCAA Tournament. With a bit of added motivation, too. Last year, the Gonzaga men and women were likely to play early round games here in Spokane, but the pandemic abruptly brought the season to an end barely a week before that could happen.

"It was a real bummer how last year we would've been a host team and didn't get to do that. So I'm hopeful we remember it enough to where it drives us a bit, but don't worry about it too much. It's going to be a unique year, but we're just happy to be playing," Fortier says.♦

Gonzaga's women's team will play Belmont on Monday at 1 pm in the first round of the NCAA tournament.

The original print version of this article was headlined "Going Deep"