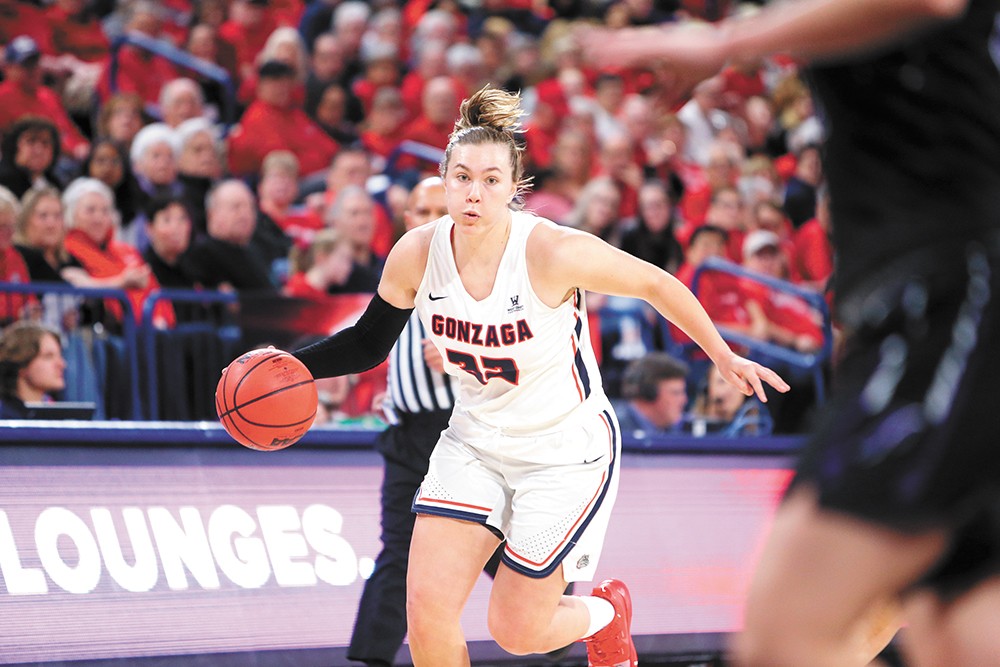 With their first game only days away, Gonzaga women's basketball head coach Lisa Fortier and her players wax optimistic — reflecting on a roller coaster of a season last spring and what they can bring to the court this year with shifting roles and new faces in the mix.

In August, the Zags traveled throughout Spain and Italy playing local teams. As part of that process, they were allowed 10 extra practices preceding their excursion that helped solidify chemistry amongst both the old guard and the new.

"We'll have to see in March, really, how much that helped," Fortier says. "But right now ... you grow so much on road trips and you grow so much as the season goes on and you get to know each other. And chemistry is such a big part of everything."

Even as the implications of the graduations of Laura Stockton, Zykera Rice and Chandler Smith continue to work themselves out, Fortier believes they can retain the same level of depth as last year, just with different faces.

"We have different pieces but we still have a lot of depth and that was the biggest strength of our team last year," Fortier says. "So if people do what we think they can do and what they're planning to do and what their goals are, then I think we're gonna really benefit from just the amount of players who can make contributions like we did last year."

Perhaps the void left by last year's seniors is felt most in terms of leadership. Much of that pressure is on a senior backcourt of Jessie Loera and Katie Campbell, but also on juniors like forwards LeeAnne and Jenn Wirth and guard Jill Townsend, who are expected to make big strides this season and take much of that mantle.

"We always look to our seniors and they play a huge part in [leadership]," Fortier says. "But it's not always that it only comes from them. I think our junior class is big. ... They have a certain personality type."

Townsend is who Fortier has pointed to the most as a potential leader, a player who she says is "the best one to kinda get into you a little bit." A fiery defensive stopper who supplied shooting, rebounds and hustle off the bench last year, "Townie" was sidelined for much of the summer following surgery on her left ankle. She's working back into the swing of things now.

"Sometimes, I find myself doing something or holding myself back or maybe my ankle lands in a certain way," Townsend says. "It just scares me more than anything, it doesn't really hurt. That's been the biggest challenge and I'm still working on it."

The end of last season was a rapid succession of highs and lows, from being ranked No. 12 in the country to losing two key players to injuries in Stockton and Townsend late in the season, to almost pulling the upset over Oregon State in Corvallis in the second round.

Fortier can only hope that her team will continue to build off of the positive momentum — she believes they're perfectly capable.

"Most of us don't end on a win, one team does," she says. "I always hope that in the right way, we'll use that as fuel for this season and just to remember the feeling.

"If we take care of each other and give our best and continue to work every day and share the basketball, we can be just as good or better as we were last year." ♦