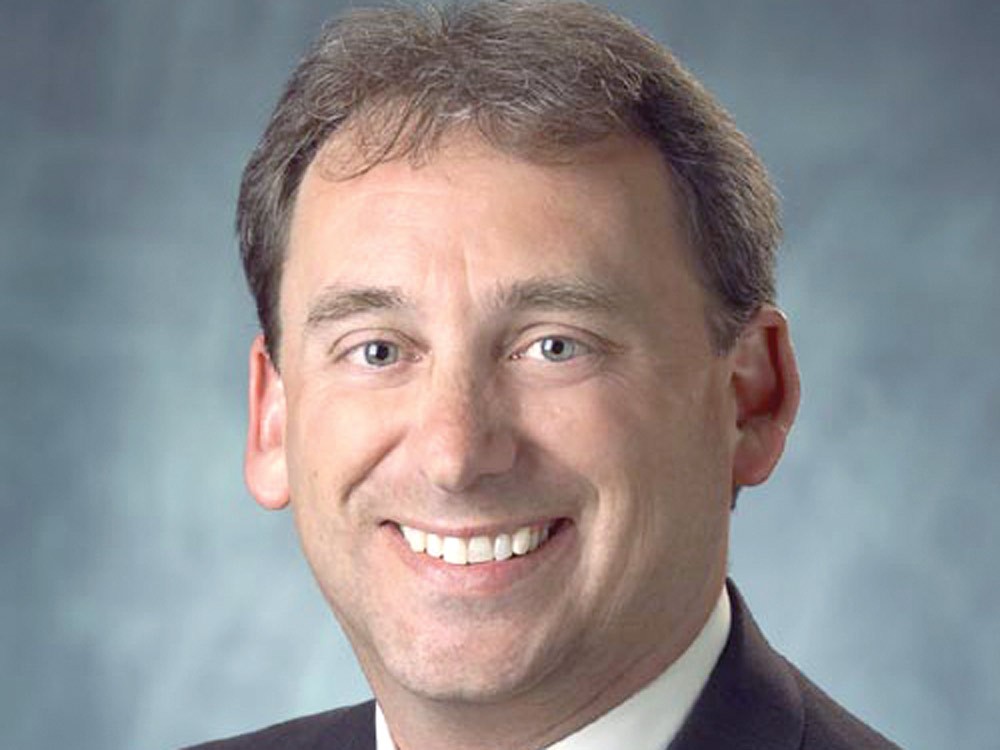 Spokane County Commissioner Todd Mielke, one of the finalists for the county's CEO position.

On Monday, former Spokane County Commissioner Bonnie Mager sent a letter to the county prosecutor asking the selection process for Spokane County's CEO be investigated for ETHICAL VIOLATIONS and violations of Washington's open meetings act. Her sights are set on her one-time colleague Commissioner Todd Mielke, who is one of two finalists for the CEO position.

In her letter, Mager suggests that to become the county's CEO, Mielke has demonstrated a "pattern of actions that are unethical" and "violated state law and abused his position" to benefit himself, outgoing CEO Marshall Farnell and Commissioner Al French.

Mager mounted an unsuccessful primary challenge last year against French, one of the two commissioners who will make the final decision on who to hire as CEO.

She repeats longtime speculation that Mielke wanted to replace Farnell, but needed to delay Farnell's retirement until Mielke could get his MBA degree completed. The thinking goes that former City Councilwoman Nancy McLaughlin, Mager says, would replace Mielke on the commission. Mager points out that Farnell got a $33,000 raise in 2012, despite his interest in retiring.

Mielke has confirmed he pushed for Farnell to stick around longer, but both he and Farnell have denied there was any sort of coordinated plan in place.

Mielke says there's no process officially required for filling the CEO position, but he advocated for one. "I'm kind of amazed that I don't seem to be getting any credit for suggesting the other two commissioners create a process," he says in a text message.

This is not the first controversy the hiring process has run into. Before being replaced, two of the hiring committee members drew fire for having given campaign contributions to Mielke. And Center for Justice's Rick Eichstaedt has filed a public records request, investigating whether the initial hiring process that pared 84 applicants down to two violated open meeting laws. (DANIEL WALTERS)

The U.S. Forest Service is gearing up for a busy summer EXTINGUISHING FIRES as the first fire of the season — the Hungry Hill fire, ignited when a logging helicopter crashed in the Colville National Forest May 7 — rages on. Fifty people from the agency were in Stevens County battling the 85-acre blaze.

But with minimal snow in the mountains this year — most of what did fall has already melted — and an ongoing drought, the hillside was ripe for an inferno ahead of schedule. Normally, snow and rain flatten the grass against the ground, minimizing oxygen flow and making it act less like kindling when exposed to flame. Barring a very rainy June, officials say, the Colville National Forest and other forests around Idaho, Oregon and Washington are in for a wild fire season. (LAEL HENTERLY)

The city of Spokane has released its most recent quarterly PERFORMANCE MEASURES that track how well it's meeting its goals for 22 different government functions that range from accounting to wastewater management.

The performance measures can be found at my.spokanecity.org/performs and they include an interactive features that shows users if the city is meeting or falling short of its goals.

He pointed to response time from the Fire Department as a particular success, with 90 percent of structure fires being responded to with a fire engine within 8 1/2 minutes.

"When people call the city, they want a response that's timely, so we've really tried to get it under two days," Condon says. (JAKE THOMAS)