The Speaker of the House visits briefly (and quietly). Plus, another million-dollar settlement. 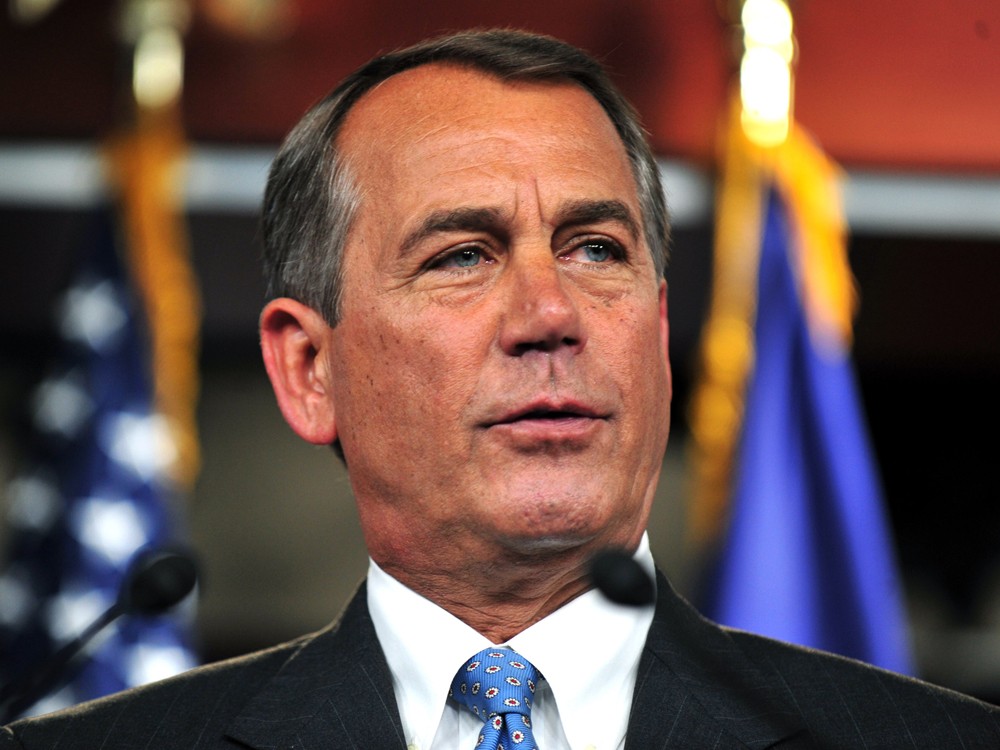 With little public notice, the two most powerful Republicans in Congress came to the Inland Northwest last month.

News that Speaker of the House John Boehner (pictured) and House Majority Leader Eric Cantor came to the area was released this week in a newsletter for the re-election campaign of Rep. Cathy McMorris Rodgers.

Cantor made a visit to “a private residence in Liberty Lake” for a fundraiser for the congresswoman, says McMorris Rodgers spokesman Todd Winer. The newsletter says the event was held on May 2.

On May 24, Boehner toured Schweitzer Engineering Laboratories in Pullman, the newsletter says. Boehner attended a fundraiser as well.

The lab’s founder, Edmund Schweitzer, has donated thousands of dollars to both McMorris Rodgers’ reelection campaign and the National Republican Congressional Committee. His donations include $30,800 to the committee last March, which was matched by his wife, Beatriz, according to elections data.

As for the lack of public announcement of the visits, Winer says, “In a situation like this, time is a big factor. We want to be respectful of the fact that our guests often have limited time to fly cross-country and appear at these types of events. (Chris Stein)

Historic preservationists fighting to save the Jensen-Byrd Building have put a halt to its demolition, at least for now.

Washington State University is in the process of selling the 103-year-old former warehouse to Austin-based Campus Advantage, Inc., which plans to tear it down and build student housing on the lot. The nonprofit group Spokane Preservation Advocates has been fighting to save the historic building, arguing it makes more economic and environmental sense to renovate it.

“People like Spokane in part because of its historic buildings. If you tear down enough of them, it ceases to be Spokane,” says the group’s past president Matt Cohen.

The group’s appeal to the hearing examiner’s office challenges the city’s recent decision that tearing down the building wouldn’t have a “significant impact,” says attorney David Bricklin, who’s representing the preservation group. State law requires environmental impact statements for projects that have a significant impact, but not for those that don’t.

If Hearing Examiner Greg Smith upholds the appeal, an environmental impact statement would require an analysis of alternatives to demolishing the building.

A date has not been set for the hearing, but Bricklin says he expects it to be in mid-July. (Heidi Groover)

The Otto Zehm case — where a police officer repeatedly struck a mentally disabled janitor — may have dominated the headlines far more than the case of Patricia Searl, a woman hit and paralyzed by a city employee driving while crossing the street.

But while the Zehm case was recently settled for $1.67 million, the proposed Searl settlement, going before City Council next week, is even larger at $2.25 million.

Kathleen Paukert, Searl’s attorney, says that, in general, she’s noticed dramatic changes under Nancy Isserlis, the new city attorney. While Isserlis is not a pushover, Paukert says, the cases that should be settled have been.

The impact of the Searl case is still playing out at City Hall. After documents in the case revealed how the city’s risk management department tried to influence official press releases and the police investigation, the city launched an overhaul, looking at how it handles such claims. (Daniel Walters)