Why some neighbors are so angry with the church next door. 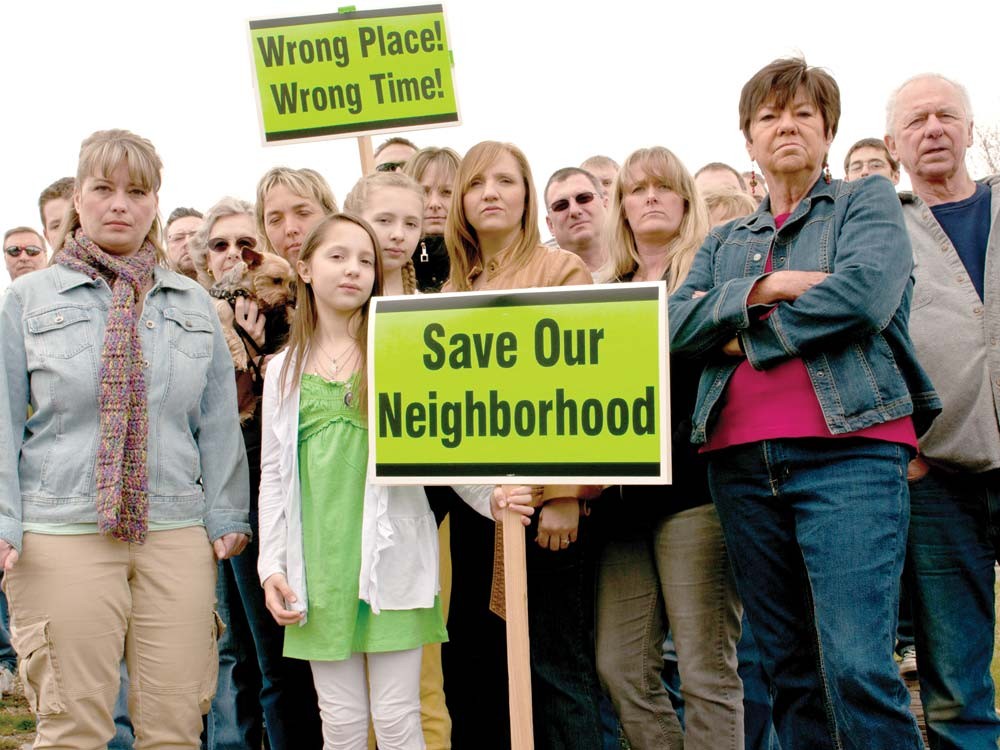 Stevens is one of dozens of Walnut Road neighbors incensed by a proposed development. But this isn’t about a developer wanting to erect a high rise. It’s about a church that wants to build an affordable-housing complex for elderly people.

“You can’t just march into the neighborhood and rezone,” says Stevens. “The neighbors already put up with traffic from the school, with the church … Parishioners are parking in front of homes (and driveways) as it is.”

“This has the potential to destroy the neighborhood,” she adds.

Walnut Road is a narrow street that runs through an old neighborhood, north of University City, of small houses and big yards. It had peacefully co-existed with St. John Vianney Church for more than 50 years.

But that has changed. In 2009, the church bought a dilapidated property nearby, hoping Catholic Charities would build a 40-unit affordable-housing complex for the elderly. With an aging boomer population, the need for senior housing is skyrocketing, Catholic Charities president Rob McCann says.

To build its complex, Catholic Charities needed a “routine” zoning change, McCann says. But when neighbors got zoning-change notifications in the mail, they were caught by surprise.

“Nobody had a clue,” Stevens says.

A wave of rumors spread across the neighborhood.

Worried residents held a petition-signing meeting, where accusations were exchanged: A church member accused the neighbors of breaking the law by stuffing unstamped fliers in mailboxes, and neighbors asked church members to leave. Later, the church held a meeting for both sides, but few anti-development neighbors attended.

Because churches usually spring up in residential areas, it’s common for them to clash with neighbors over development. St. Mark’s Lutheran Church and its Manito Park neighbors, for example, have been in a yearlong tussle over a proposed parking lot.

Catholic Charities is no stranger to this issue. They’ve needed zoning changes for each of its 15 housing complexes, McCann says. Opposition was typical. But each time, he says, Catholic Charities eventually won over the neighborhood.

“We’re not some slumlord,” McCann says. “We build beautiful stuff, and we have lots of staff and maintain it impeccably.”

Some residents living around St. John Vianney support the proposed complex. Others fear it would increase traffic and hurt parking.

But McCann says the impact would be minimal. By law, for the next 40 years, the complex can only allow those over 62 as tenants, and only an estimated 30 percent of the elderly tenants would have cars.

Other neighbors worry that the complex would fuel crime, decrease real-estate values and add an influx of strangers.

“For everything we’ve every built we’ve seen the exact opposite. We’ve seen a decrease in crime and decreasing problems in neighborhoods,” McCann says. “These are full of sweet little old ladies. They don’t have keg parties. They don’t cook meth in their bathtub.”

When Spokane Valley Planning Commissioner John Carroll looks at the zoning map, the church’s requested change is a no-brainer.

“But when you look at the residents and the neighborhood, you’re no longer talking about lines on a map,” Carroll says. “You’re talking about homes and families.”

The question may be moot. Federal law, Carroll says, will not let a city deny a church a zoning change unless the city has a compelling public interest.

Nevertheless, the majority of the commission, including Carroll, recommended that the city deny the church’s zoning request.

Some commissioners agreed with the neighbors’ concern about parking and traffic. Carroll didn’t. Instead, he voted against the plan because of the division it has created between neighborhood and church.

“[The Catholic Church’s] approach was just like an 800-pound gorilla,” Carroll says. “I don’t think they asked gently. They surprised them.”

On one side, Catholic Charities says some neighbors seem to be afraid of poor people and old people.

“It’s actually some fairly disturbing stuff ... when they talk about those ‘retarded seniors,’ those ‘dirty poor people.’” McCann says. Those were phrases used at the planning commission meeting, he says. “It’s disturbing to think that human beings can have such negative stereotypes and such horrifically bad views of the poor.”

On the other side, neighbors are mad that they’re being portrayed as monsters. Stevens says she doesn’t care about whether they’re poor or old — she’s just worried about an influx of strangers. She believes church parishioners are responsible for angry phone messages left on her answering machine. (McCann says he would be shocked if parishioners made the calls.)

“We should have had a community meeting with the neighbors, with the broader group, to ensure that rumors wouldn’t have occurred,” she says.

Carroll agrees, but he says it isn’t too late to get over that animosity. The church could hold more neighborhood meetings. It could bring neighbors of similar Catholic Charities projects across the city to persuade them. It could slowly restore trust.

“The church has to take that mustard seed, and plant it, and nurture it,” Carroll