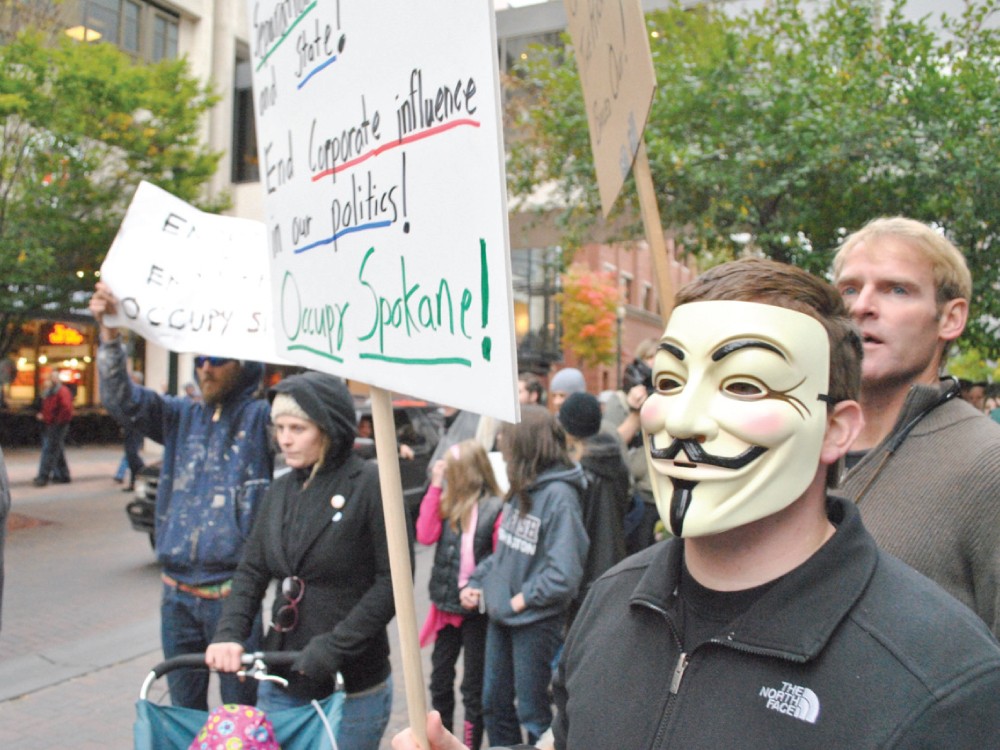 While most have laid down their banners and bullhorns, organizers from both the regional Tea Party Patriots and the Occupy Wall Street movement believe they have helped channel political energy into Northwest campaigns this election season.

Pam Stout, a Tea Party organizer in North Idaho, says the group has played a significant role in defining the issues candidates and constituents discussed as they went to the polls.

“What we have done is really open people’s eyes,” she says.

“I think that’s been huge,” he says. “I think it’s helped bring attention to things that were left out of the conversation. ... It brought a lot of people into the political process.”

Neither group existed during the 2008 election. Both grassroots movements grew from the frustration of the recession and both claimed to speak for the unheard masses. From opposite ends of the political spectrum, they offered the average person a doorway into activism.

Stout argues the Tea Party has brought thousands of people into its discussion regarding the role of government and fiscal responsibility. The group has also pushed for more accountability for public officials, forcing lawmakers to reconsider their platforms and voting decisions.

“When you vote, you have to look at somebody’s record,” Stout says. “You have to be awake.”

Some efforts have gone further, with the Tea Party helping leverage several fresh candidates into office during the 2010 mid-term election. Washington state Tea Party coordinator Woody Hertzog says the group does not specifically endorse candidates, but it will lend support to some races that share their political priorities.

He says the group has flown extra Tea Party members into the state several times this year to help certain candidates, both Republican and Democrat, canvass neighborhoods or phone voters.

Compared to 2010, “We have significantly more people involved,” he says. “[But] it’s hard to say what the actual impact will be.”

Spitzer says the local Occupy effort has had its greatest success in simply bringing like-minded people together for the community good. He said many Occupy Spokane protesters later volunteered for campaigns or local nonprofits after getting their first taste of activism at an Occupy rally.

“Everybody just found their own little thread,” he says of the group’s outreach to other organizations.

Brian Davenport, a doctoral candidate at Gonzaga University, says his research on the Occupy movement shows it has largely fallen out of the national conversation. But, like Spitzer, he believes the movement helped many people find their way into politics, increasing voter engagement and volunteerism.

The Occupy protests did not have the clarity of vision that the Tea Party has, Davenport says, but they have launched many smaller efforts and work groups that may leave a lasting effect on the community or influence future elections.

“I think those working groups are going to spin off into important things,” he says. “We’ll start to see other movements pop up that had their genesis in the Occupy movement.”