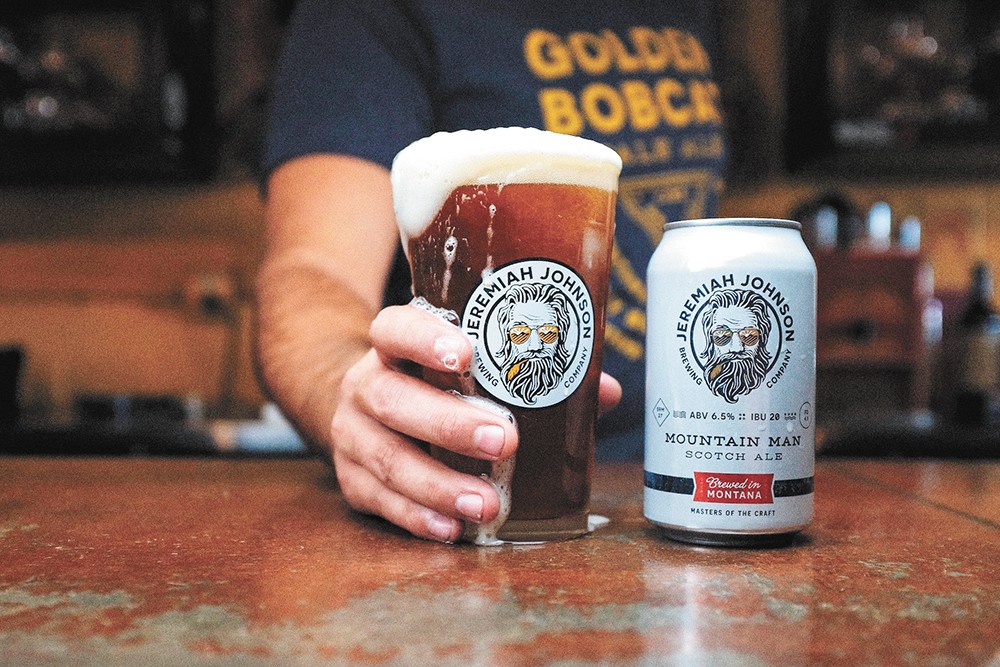 The Montana brewery opened its new pub in September.

As a real estate developer-turned-brewery owner, Jeremiah Johnson knows that location is everything.

So when he was looking to expand the reach of his eponymous Great Falls, Montana, brewery, Idaho seemed like a natural fit. Not only has his Idaho distributor been selling the heck out of his beer, Johnson's cousin lives in North Idaho, and his family enjoys the area. Then something serendipitous happened, nudging Johnson further into the brewpub business: He met someone with a Coeur d'Alene-area pub for sale.

"It kinda came out of the blue," says Johnson, who lives in Great Falls, where he took over the Front Brewing Company in 2017, eventually transforming it to the one that now bears his name.

On a recent trip to North Idaho, Johnson connected with local restaurateur and craft brewing pioneer Tom "TW" Fisher, who was looking to sell his Midtown Pub (it closed in mid-August after two years in business). Then Johnson noticed the street sign outside said Montana Avenue.

That was the tipping point for Johnson, whose first satellite brewpub with his name on the door also has a clever slogan: "Where Montana Meets Midtown." The new Coeur d'Alene pub opened in mid-September.

"We want to do things in communities that we want to spend time in," says Johnson, who hired his cousin, a former high school teacher in Spirit Lake, to run the pub.

The pub is making the most of its modest kitchen and incorporating its beer into the menu, Johnson says. Mountain Man is featured in the beer cheese soup ($5), for example, while their Citra IPA is used in the roasted pork for the Cuban sandwich ($12).