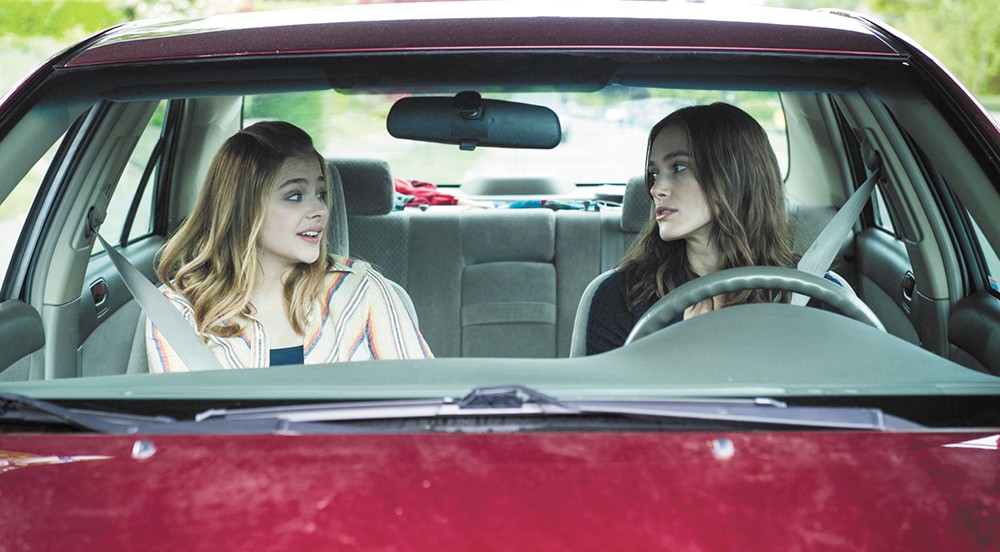 28-year-old Megan Burch (Keira Knightley) is floating through life, unable to settle into a career and new family attachments like her teenage BFFs have. Those pals are planning weddings and baby showers, and Ellie Kemper's inclusion as the bride-to-be in the film's opening setup helps create an expectation that Laggies is going to be another Bridesmaids-like comedy. But Lynn Shelton is at the helm, and over the past five years this director has clearly developed a sensibility (with the films Humpday, Your Sister's Sister, and Touchy Feely) that favors a feeling of improvisational unpredictability — whether material is pre-planned or not.

Laggies is the first feature Shelton has directed from a script written by someone else (Andrea Seigel). The storyline, however, fits seamlessly with Shelton's oeuvre, which has centered on young, adrift adults. Megan lives with her high school boyfriend Anthony (Mark Webber) and, despite a master's degree in counseling, works as an eye-catching sign twirler for her doting father (Jeff Garlin) and his accounting business.

When Anthony's awkward marriage proposal coincides with another sudden shock, Megan fabricates a ruse that takes her away from home to a career-guidance workshop for a week. Instead, she falls in with a group of 16-year-olds, whose de facto leader Annika (Chloë Grace Moretz, riveting as always) asks Megan to buy them some beer. Megan drinks with them, rekindles her old skateboard moves, and soon goes home with Annika for a weeklong sleepover on the girl's bedroom floor. Annika's single dad Craig (Sam Rockwell, doing his caustic but sensitive thing to the hilt) quickly finds her out, and after a brief grilling, moves her into the guest room, but the way they're making eyes at each other, you know Megan will soon be switching bedrooms again.

Despite its pleasant veneer, Laggies is a bit adrift itself. Winning performances keep us engaged, and a one-sequence appearance by Gretchen Mol as Annika's mother who flew the coop is hauntingly complex. Yet the situation strains credulity and in the end, when Megan trades in one guy for another, you can't help but feel that nothing has progressed. "Counselor, heal thyself," you'll hear yourself muttering as you exit. ♦

Laggies is not showing in any theaters in the area.

This is the End: How Movies Prepared Us for the Apocalypse