In search of Jerry Miller, the man who was almost a rock star 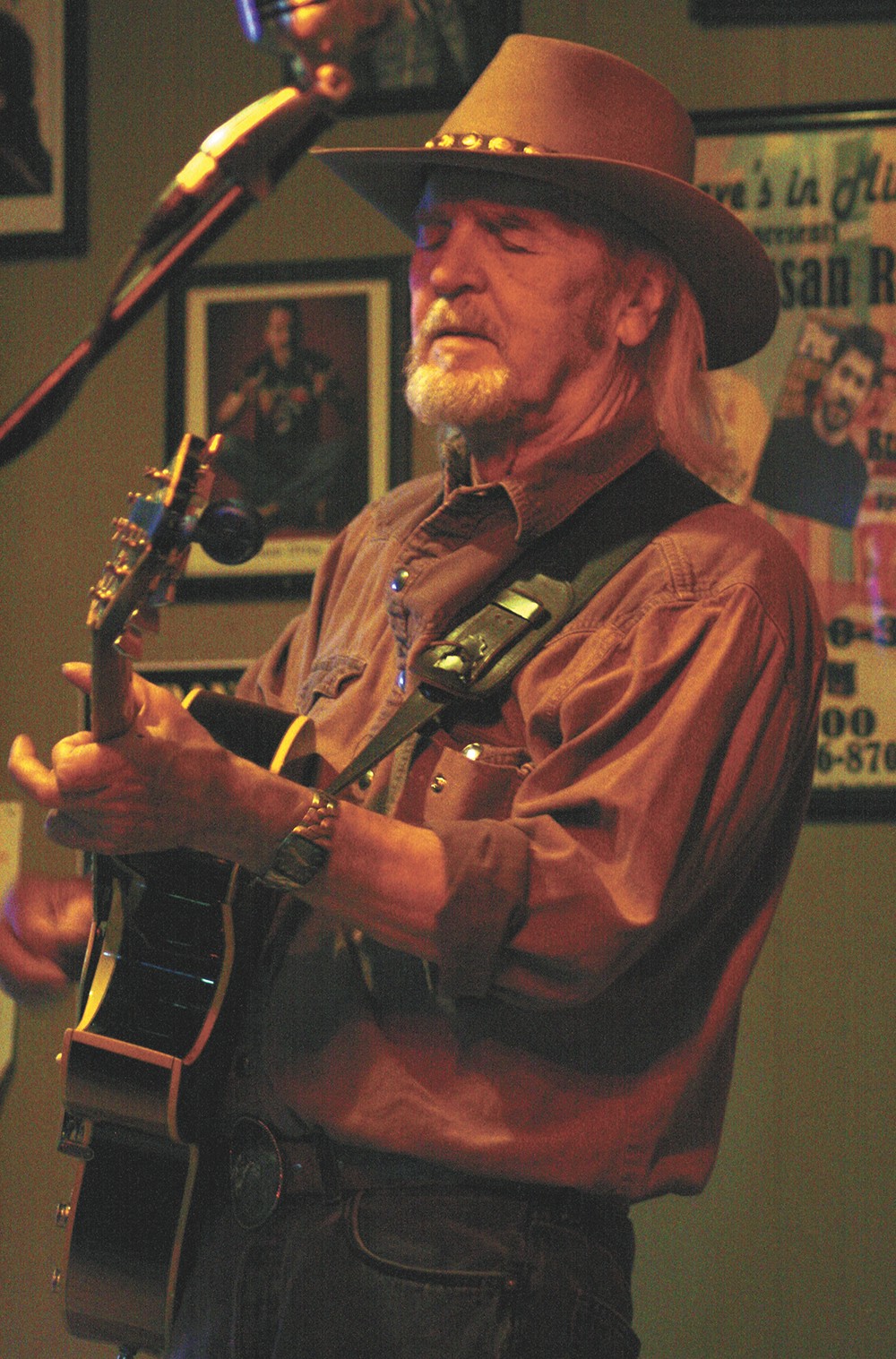 Guitarist Jerry Miller doesn't lead a life of glamor. He lives with his longtime girlfriend in a modest home surrounded by chain-link fence, in a residential neighborhood in Tacoma, the same city where he grew up.

He's played and hung out with everyone from Willie Nelson to Jimi Hendrix, and to Miller — former lead guitarist for popular 1960s band Moby Grape — that makes him a pretty lucky man.

"When I was a kid, playing those Fats Domino and Little Richard records, never did I think I'd get to meet them, let alone play with 'em," says Miller of the many musicians he's met.

Miller, who turns 71 this month, looks every bit his age. Still, he says it's just a number.

Sitting in the living room of his home, Miller — ranked 68th on Rolling Stone's 2003 list of the 100 greatest guitarists of all time — has several hours before he'll leave for a local gig, one of four he plays nearly every week.

He never rehearses, and says most of his practice comes from teaching guitar two to three times a week for $50 a lesson.

The local gigs and lessons — combined with Social Security, a few royalties and occasional tours with aging members from '60s supergroups like Quicksilver Messenger Service or Jefferson Airplane — all enable Miller to "get by," as he puts it.

It's a Tuesday night last winter at Dave's, a diner bar in Milton, Wash., and bassist Kim Workman is lugging in sound equipment to the corner of the main dining area.

It's here, on a small, raised portion of floor acting as a stage, that Miller joins Workman and drummer Glenn Hummel each week for four hours of music magic.

"This is, like, the best gig he's got," says Workman, 60, who has played with Miller for 17 years. "This is cool. People get to come see Jerry in an intimate setting. This is Jerry at his finest right here."

Miller has been playing at Dave's for more than a year, but bar owner Mary Tompkins says she had no idea who he was until she did an Internet search.

"A lot of people, when they find out ... they come back and they're like, 'Are you kidding me? What's he doing here?'"

Miller hasn't released new music since 1998, but he has recorded. Two sessions — one of which includes the rhythm section of John Mellencamp's band — are currently awaiting release, but Miller says he doesn't know when that will happen.

Miller started playing guitar at age 8. Music was mostly just a hobby, but after starting a family with a high school girlfriend, Miller found himself working graveyard shifts at a local garage door manufacturer. Unable to stand the idea of slaving away at a regular job, Miller began practicing guitar religiously, playing numerous Tacoma-area taverns until he had enough local gigs to help support his family.

In the early 1960s, Miller joined The Frantics, a popular regional band that migrated to California at the encouragement of Jerry Garcia. They eventually disbanded, and when Miller, drummer Don Stevenson and bassist Bob Mosley combined forces with Peter Lewis and former Jefferson Airplane member Skip Spence in 1966, Moby Grape was born.

"It was magic," says Miller of the first time they played together. "Totally cool. We knew right then we had something special."

Their first, self-titled album was released in June 1967, and received considerable radio play. By July, Jerry was making some of the best memories of his career.

He still remembers, vividly, driving his candy-apple red 1966 Jaguar X-KE across the Golden Gate Bridge on a warm, full-moon summer evening — just him and his instruments — on the way to play at the Fillmore.

In 1968, Moby Grape went to New York City to record what would become a double album, Wow/Grape Jam, for Columbia Records. Instead of being one more step to even greater success, however, the trip became what Miller says was "the beginning of the end."

Lead singer Spence became involved with drugs and eventually took an ax to a hotel room door and wound up institutionalized. Moby Grape recorded their album, but with Spence out of commission, they were forced to cancel numerous gigs.

The next year, the now four-man band was offered a spot at Woodstock, but Mosley shocked the rest of the band by joining the Marines before they could accept the gig. Moby Grape pressed on as a trio, continuing to record and perform. But none of it, Miller says, was quite what people wanted.

Miller moved back to Tacoma in 1995 to be with his family, including his father, who passed away last year at 93. Miller says he still keeps in touch with Lewis and the other band members, including Spence's son, Omar. (Skip died in 1999.) And he talks regularly to Stevenson, now working as a salesman in British Columbia.

Back inside his Tacoma home, Miller is flanked by several guitars, including "Beulah," a custom-built, black-and-brown-sunburst-colored Gibson L5 jazz-style guitar he most frequently performs with.

Similar guitars fetch upward of $8,000, but Miller says he'd never part with it.

When Miller holds Beulah on stage, fingers sliding deftly up and down the fretboard in the middle of a solo, his aged eyes narrow so much that it's hard to tell whether they're open or not.

Workman, the bass player, says when Miller picks up a guitar, he seems much younger than his age.

This article was reported by the Murrow News Service, which distributes stories by journalism students at the Edward R. Murrow College of Communication at Washington State University.